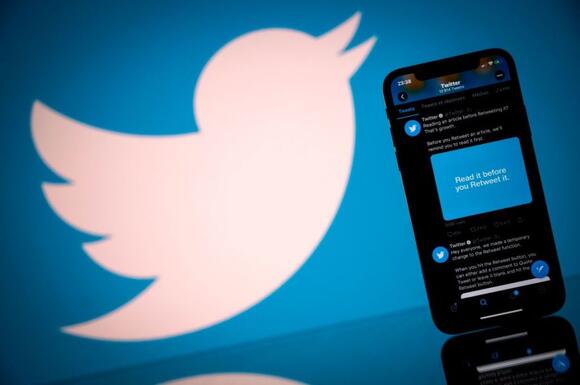 (NEXSTAR) – Twitter announced Monday that all users will have a new level of control when it comes to managing their followers.

Last month, Twitter Support announced that they were testing the ability to remove followers manually without blocking them.

Now anyone can trim unwanted followers by going to their profile, clicking “followers,” then clicking the three-dot icon and selecting “remove this follower.”

Other social media apps, such as Instagram, have already offered the tool as a more surreptitious way of keeping one’s content out of the feeds of unwanted users.

Previously, a blocked Twitter user would see that they had been barred from seeing someone’s tweets and interacting with them, which could give rise to angry retaliation on other platforms.

Some users resorted to a workaround called a “ soft block ,” which entailed blocking an abusive user, which removed that person from the list of followers, then unblocking them, according to TechCrunch.

Facebook says it is introducing new features to give people more control over what appears in their news feeds. The social network has been under intense scrutiny in recent years for how its algorithms promote content. Now, it says it is testing controls to "adjust people's ranking preferences" and customise...
INTERNET・9 DAYS AGO
POPSUGAR

This New Twitter Feature Lets You Undo Tweets, Organize Your Favorites, and More

We've all been there: you've just crafted the most genius, wittiest tweet that's guaranteed to go viral when you notice a typo. It's surprisingly infuriating, but now, there's a new Twitter feature meant to stop those frustrating moments in their tracks. Earlier in 2021, in Canada and Australia, Twitter rolled out Twitter Blue, a subscription service that unlocks a host of new Twitter features. After a months-long testing period, Twitter Blue became available in the US on Nov. 9 and now offers stateside users the ability to do things like undo tweets, access news without ads, and more. The one catch? You have to pay for it.
INTERNET・13 DAYS AGO
hypebeast.com

Twitter has acquired , an app that curates Twitter threads into a single page, as part of the expansion of its paid Twitter Blue subscription service. Last week, the company announced that its enhanced Twitter Blue experience is now available in the United States and New Zealand across iOS, Android and web for $2.99 USD/$4.49 NZD per month. The add-on service offers exclusive features and perks, like ad-free articles and the ability to undo a tweet.
CELL PHONES・12 DAYS AGO
abc17news.com

Twitter users will soon see new warning labels on false and misleading tweets, redesigned to make them more effective and less confusing. The labels, which the company has been testing since July, are an update from those Twitter used for election misinformation before and after the 2020 presidential contest. Those labels drew criticism for not doing enough to keep people from spreading obvious falsehoods. The redesign launching worldwide on Tuesday is an attempt to make them more useful and easier to notice, among other things.
INTERNET・12 DAYS AGO

Twitter is rolling out a fix for the annoying issue of tweets disappearing suddenly due to your timeline refreshing automatically. The company is making this feature manual. You will require to “click the Tweet counter bar at the top” to refresh your Twitter timeline. While this means new tweets will not automatically load into the timeline, it will ensure that a tweet does not disappear from the screen when you were mid-way through reading it.
INTERNET・12 DAYS AGO
TechCrunch

“You ever use Instagram and it wasn’t working like it was supposed to? Maybe Stories didn’t load, maybe the audio wasn’t working, maybe you just couldn’t upload a photo and it was just really getting you, really just pissing you off? Now, you can literally shake the phone and a little option will come up that allows you to report a problem,” Mosseri said in the video.
CELL PHONES・10 DAYS AGO
Neowin

Twitter starts rolling out a new interface for replies

Twitter is actively updated with new features such as the ability to remove followers without blocking them, receive a heads-up before entering intense conversations, and the opportunity to tip users of the platform, among many others. We recently learned that the company is testing the introduction of ads in replies to tweets, but ahead of that, it seems to be rolling out some UI changes to replies as well.
INTERNET・10 DAYS AGO
TechCrunch

Last year, Spotify introduced real-time lyrics that sync to the music to users in 26 worldwide markets, after initially testing the feature in 2019. This was the first time 22 of the 26 markets had ever gained any form of lyrics support, the company said at the time. That deal later expanded to 28 markets. Spotify users in Japan have also had access to lyrics through a standalone deal with SyncPower.
MUSIC・10 DAYS AGO

Microsoft has announced new capabilities for Microsoft Authenticator for corporate users intended to make it even more secure and easier to rollout for our admins. Admins can now prevent accidental approvals in Microsoft Authenticator with number matching and additional context (Public Preview). Admins can now setup GPS-location based Conditional Access...
SOFTWARE・9 DAYS AGO
Searchengineland.com

If you are noticing less traffic to your website’s AMP pages coming from Twitter, turns out there is a reason for that: Twitter has subtly updated its AMP guidelines page on its Developer site to say support for AMP will be phased out by the fourth quarter. How that might...
INTERNET・10 DAYS AGO
9to5Mac

Earlier this year, Twitter announced a new pilot program in the US to offer shopping experiences for users of the social network. Now the company is testing new ways to expand the shopping capabilities by integrating them with livestreams. As Twitter detailed in a blog post (via Engadget), the new...
INTERNET・6 DAYS AGO
mediapost.com

Facebook on Thursday announced a series of tools to help both users and advertisers customize and control what they see in their news feeds and -- more importantly -- what they do not see. With a focus on customization, Facebook said new options in its news feed preferences setting will...
INTERNET・10 DAYS AGO
AdWeek

“A little birdie told me.” If you are that little birdie and you did the telling via Twitter’s Birdwatch pilot of a community-driven approach to combating misinformation on the social network, you can now keep your name out of it—your Twitter handle, that is.
INTERNET・5 DAYS AGO
onmsft.com

Microsoft announced that is now rolling out a series of new emojis to all Windows 11 users. The rollout comes after a month of testing with Windows Insiders and should give Windows 11 users more ways to express themselves in messages. To get these new emoji in Windows 11 today,...
SOFTWARE・5 DAYS AGO
The Independent

Twitter says it is aware of an issue that is causing people to be kicked out of the app on their iPhones.Users complained that they had been automatically logged out of the app and worried that something had gone wrong with their account specifically. Some of those affected said the problem had happened repeatedly.But Twitter said the problem was a bug with the Twitter app itself and that it was working on a fix.“Can you see this or did you get logged out?” it wrote in a tweet.“We’re looking into a bug that’s causing unexpected logouts on iOS 15. Sorry for the inconvenience and we’ll keep you updated on the fix.” Read More Apple stops selling iPhones and other products amid plunge in Turkish liraApple to officially let people fix their own iPhones for the first timeWorld’s only USB-C iPhone sells for $86,000
CELL PHONES・4 DAYS AGO
CNET

Android comes with an abundance of settings that allow you to customize and improve smartphone experience. By default, Android picks what it considers the best settings, but depending on the type of user you are -- beginner, average or pro -- tinkering with your Android preferences and settings is a good idea to get the most out of your device.
CELL PHONES・16 DAYS AGO
WOWK 13 News

Why the Samsung Note20 Ultra is the first smartphone that can keep up with my work, personal needs

BestReviews is reader-supported and may earn an affiliate commission. Details. Nowadays, I find myself using my phone in place of my laptop more and more. Whether I’m streaming on Netflix or collaborating on a project for work, my phone needs to be just as fast and user-friendly as my PC. In my search for the […]
CELL PHONES・2 DAYS AGO
Wired

The testimony of Facebook whistleblower Frances Haugen sparked the latest flare-up in a never-ending series of revelations on how companies and governments mine and commercialize our personal data. In an attempt to put consumers back in the driver’s seat, recent updates to data protection regulations such as the GDPR in the European Union and the CCPA in California have mandated transparency and control as critical pillars of privacy protection. In the words of the European Commission: “It’s your data—take control!”
TECHNOLOGY・4 DAYS AGO
Phone Arena

Amazon gives a sneak peak into its Cyber Monday deals

We may earn a commission if you make a purchase from the links on this page. Amazon announced what to expect from its Cyber Monday deals. This year, the shopping event will kick off during thanksgiving weekend, starting Saturday and ending Monday next week. Amazon says it will slash the prices on plenty of tech products, and we are here to tell you all about it. Make sure to check out our Black Friday coverage for the best deals and our Cyber Monday articles too.
SHOPPING・4 DAYS AGO
komando.com

If you use an older phone, there’s a good chance it won’t work anymore starting in January

Older tech isn’t always a bad thing, as some of the most robust gadgets from several years ago aren’t plagued with modern-day issues. Remember that classic Nokia cellphone? It’s back and better than ever. But eventually, a time will come when those gadgets aren’t suitable for the modern functions or...
CELL PHONES・8 DAYS AGO