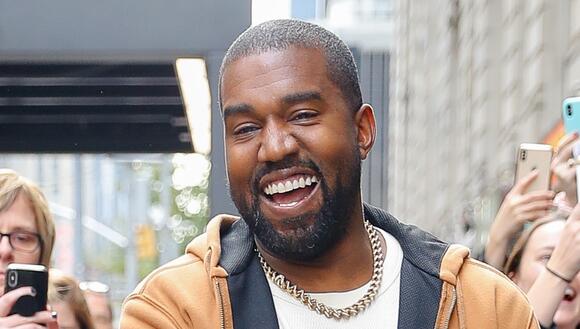 According to sneaker leak social media account Yeezy Mafia, the Kanye West-designed lifestyle shoe is releasing in a new “CMPCT” version before year’s end. The latest silhouette will reportedly debut in a “Blue Slate” colorway.

The Yeezy insider also shared a mock-up depiction of the shoe, which reveal a redesigned knit upper featuring various blue and gray shades on the lower portion of the material while a dark blue hue covers the ankle collar while black shoelaces are attached to the midfoot. The account also revealed that the forthcoming model will incorporate the tooling from the Yeezy Boost 350 V2 with full-length Boost cushioning embedded within the midsole along with a rubber outsole.

According to Yeezy Mafia, the Adidas Yeezy Boost 350 V2 CMPCT “Blue Slate” will hit shelves at Adidas.com/Yeezy, Yeezy Supply and at select Adidas Yeezy retailers in December and will come with a $220 price tag. Although the Yeezy insider shared the info on Instagram, the release has not been confirmed by the Three Stripes.

In related Adidas Yeezy Boost 350 V2 news, a trio of new “MX” makeups could also be arriving this fall as well as the upcoming winter season. The first Yeezy Boost 350 V2 in the group will be the “MX Oat” makeup slated to arrive on Oct. 23. After that, fans can look forward to the “MX Rock” makeup arriving in December. Finishing off the series of releases is a blue-based “MX” iteration is scheduled to hit shelves in 2022.

There’s another Adidas Yeezy Boost QNTM colorway coming soon and it will be available in sizes for the entire family. Product images of the Kanye West-designed Adidas Yeezy basketball shoe have surfaced this week in a new “Amber Tint” colorway. This latest iteration dons a predominantly brown-based color scheme on the breathable Primeknit upper including various shades covering the mid panel. The shoe also comes with a premium gray overlay panel at the toe box, a black neoprene ankle collar, and a 3M reflective silver heel counter. The silhouette signature design is the plush Boost cushioning featured in the midsole while...
APPAREL・10 DAYS AGO
Footwear News

A new iteration of Kanye West’s acclaimed Adidas Yeezy Boost 700 shoe is coming soon. The German sportswear giant confirmed on its release calendar that the “Fade Azure” makeup of the Yeezy Boost 700 is hitting stores before week’s end. The latest style wears a predominantly blue color scheme with a lighter shade of the hue, which covers the mesh-based upper including the leather and suede overlay panels. Breaking up the look are dark blue and gold panels at the forefoot along with dark gray shoelaces, and gray Yeezy and Adidas Trefoil branding stamped on the footbed. Rounding out the design is...
APPAREL・14 DAYS AGO
Footwear News

In His Words: Never-Before-Revealed Stories About How Virgil Abloh’s Air Jordan 1 Was Born

Four years ago, Virgil Abloh visited FN’s offices in New York City prior to accepting Shoe of the Year for his Air Jordan 1 at the 2017 FN Achievement Awards. During the visit, Abloh spoke at length about his instantly-iconic range with Nike, dubbed “The Ten,” and the thought process behind the designs. Abloh, who always spoke with eloquence, delivered quote after quote that would  intrigue any sneakerhead or aspiring designer. After spending a few hours with Abloh, editing the interview to pull his best quotes was quite the task, and several gems were left on the cutting room floor. Below are...
DESIGNERS & COLLECTIONS・3 DAYS AGO
sneakernews.com

Nike makes it very clear how much they love their Swoosh. And with this upcoming Air Force 1, the brand somehow makes that even more apparent, as they layer not the paneling but the logo itself. The additions are rather few in number. Much of the construction seems to mimic...
AEROSPACE & DEFENSE・21 DAYS AGO

Just in time for the cold and rainy season, Jordan Brand is releasing the Air Jordan 1 Acclimate in a new “Light Chocolate” palette. The hiking-inspired colorway follows the silhouette’s “Triple Black” debut and comes dipped in a mixture of “Brown Basalt,” “Light Chocolate,” “Oatmeal” and black hues. The Acclimate...
AEROSPACE & DEFENSE・14 DAYS AGO
energy941.com

Beyonce’s Ivy Park dropped a new campaign titled, Halls of Ivy. While showing off the latest Ivy Park and Adidas collaboration, there are also quite a few features. Ava and Deacon Phillippe-parents are Reese Witherspoon and Ryan Phillippe. Jalen Green of the Houston Rockets because one thing Beyonce is going...
DESIGNERS & COLLECTIONS・5 DAYS AGO
sneakernews.com

Ye – the being formerly known as “Kanye West” – has had an eventful 22 days in November, with his latest string of headlines relating to a rekindling of his relationship Aubrey Drake Graham. On the footwear front, the adidas YEEZY-mastermind has been relatively quiet outside of adding two new styles to his YEEZY boots catalog, but he sent part of the internet into a frenzy at midnight on Monday, November 22nd, as he shock-dropped the YZY BSKTBL KNIT in “Slate Blue.”
DESIGNERS & COLLECTIONS・14 DAYS AGO
hotnewhiphop.com

Beyoncé is one of the biggest artists in the world and her influence when it comes to both music and fashion is palpable. After years of looking for a sneaker and apparel deal, the artist finally got one with Adidas, where she has launched her "Ivy Park" brand that is constantly launching new gear. The Adidas UltraBoost has been a pretty safe bet for "Ivy Park" over these past couple of years, and now, yet another UltraBoost will be hitting the market.
APPAREL・12 DAYS AGO

Adidas has released the newest addition to the UltraBOOST family, the UltraBOOST 22. Created by an all-women team, the new sneaker is meticulously designed with the female form in mind. Using research from over 1 million foot scans from different women, adidas reinvented the iconic UltraBOOST to better support women’s specific sneaker needs.
APPAREL・4 DAYS AGO
Footwear News

Fans of both “South Park” and Adidas have plenty to be excited about as images of new sneaker collabs have emerged. After images have surfaced of the Stan Smith “Stan Marsh” last week, two more collaborative styles between the athletic giant and the popular TV show appear to be making their way to sneaker shelves soon in the form of the Superstar “Kyle Broflovski” and the NMD_R1 “Kenny McCormick” makeups. The first shoe draws inspiration from the character Kyle Broflovski and his signature ensemble as the upper dons a green leather upper that’s coupled with hairy overlay panels including on the Three...
APPAREL・12 DAYS AGO
hypebeast.com

Continuing a steady stream of releases, we now have an official look at the. YEEZY BOOST 700 MNVN “Resin” to be dropped in the upcoming spring months. The shoe features a signature two-tone design with a pale green nylon upper base accented by darker hues at the edge of the overlays. Additional detailing comes in the form of smooth black suede with silver hits highlighting the toe box and heel, while the “700” markings are emblazoned in metallic reflective 3M. The black contrast design is continued on the tongue, laces and sock liner. Finishing up the design of the shoe is sculpted full-length black BOOST-assisted midsoles and matching rubber outsoles.
APPAREL・14 DAYS AGO
NME

Adidas launches new ‘The Simpsons’ shoe in tribute to Snowball 2

Adidas has launched a new shoe in collaboration with The Simpsons – check it out below. It’s the second designed based on the beloved sitcom, after the brand launched a Ned Flanders-inspired sneaker earlier this year. The new design of Adidas Superstars pays tribute to the Simpsons’ family cat Snowball...
APPAREL・13 DAYS AGO

There’s a new iteration of Kanye West’s acclaimed Adidas Yeezy Boost 350 V2 shoe coming soon. According to @YeezyMafia, the “Dazzling Blue” iteration of the popular running-inspired lifestyle shoe will hit stores in spring 2022. Although images of the style have yet to surface, the Yeezy insider shared several mockup photos on Instagram to give fans an idea of what to expect next year. The shoe is expected to don a predominantly black color scheme on the breathable Primeknit upper that’s combined with a royal blue stripe on the lateral side that features the text “SPLY-350.” Adding to the stealthy execution are...
APPAREL・4 DAYS AGO
Hypebae

Pharrell Williams and adidas have joined forces once again to rework the Humanrace Sičhona silhouette. Having already been unveiled in “Blue,” “Burgundy” and “Black,” the collaborative sneaker is now set to drop in “Yellow.”. Inspired by Williams’ friendship with members of the Native American Dakota tribe, the footwear style’s name...
DESIGNERS & COLLECTIONS・10 DAYS AGO
SneakerFiles

The Three Stripes Brand has a few new color ideas for the ZX 8000. One of the drops is known as ‘Fresh Mint Tea’ which is inspired by a Korean beverage. This adidas ZX 8000 features a Feather Grey, Alumina, and Green color combination. Utilizing a mixture of mesh, textile, and suede with Green and Grey covering most of the upper. Next, Yellow adorns the Trefoil logo on the tongue, lace jewel, insole, and Torsion underfoot. Finally, a semi-translucent outsole finishes the look.
RETAIL・12 DAYS AGO
realsport101.com

You'll need to act fast to pick up a pair of these new Yeezy's. adidas Yeezy is gearing up to end the year with a bang, with new colourways dropping for the 500s, 700s, and now the QNTM's. The GX1331 colourway is being dubbed "Amber Tint" as it utilises warmer...
RETAIL・12 DAYS AGO
sneakernews.com

Adidas YEEZY often ups the ante every Black Friday, be it through restocks of beloved releases or the debut of brand new colorways. However, this year was a bit less exciting than some prior; and though this would typically be cause for concern, it seems the brand was simply opting to focus on the entire month of December, which houses more than a few standout offerings. Among them, the YEEZY 700 V3 is returning to the stage, dressed up in a new “Copper Fade” make-up.
CARS・6 DAYS AGO
SneakerFiles

Adidas Originals will launch multiple color options of the ZX 8000 in late 2021 and early 2022. While we continue to showcase upcoming drops, our latest look comes highlighted in ‘Metallic Grey.’. Looking closer, this adidas ZX 8000 features a mixture of mesh, textile, and suede throughout while accents of...
RETAIL・10 DAYS AGO
Footwear News

The New Balance 550 has been one of the most popular silhouettes of 2021 and before the year comes to an end, the brand will deliver three more iterations of the shoe. The Boston-based sportswear brand announced on its release calendar that a trio of New Balance 550 styles is dropping before the week’s end. All three makeups don a predominantly white color scheme on the leather and mesh upper and are differentiated by either the “Team Carolina,” “Varsity Orange,” and black accents appearing on the underlay panels, sock liner, as well as on the “N” and “550” branding on the...
APPAREL・7 DAYS AGO
SneakerFiles

For December, adidas Originals will launch several color options of the Ultra Boost 5.0 DNA, including the pair shown. Looking closer, this adidas Ultra Boost comes with Bright Blue Primeknit across the upper while Black appears on the toe, eyestay, and heel counter. Adding some pop, Solar Red rundowns the Three Stripes branding. Finishing the look is Black on the Boost midsole and rubber outsole.
RETAIL・7 DAYS AGO