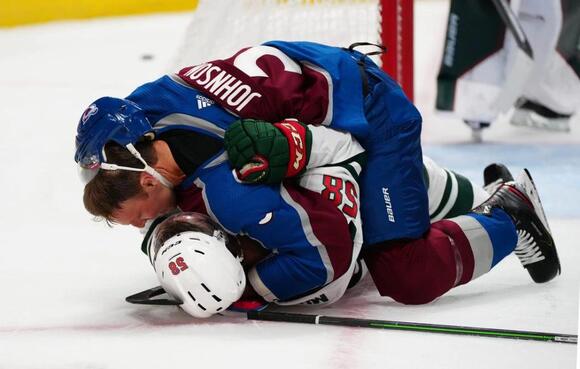 The Colorado Avalanche signed defenseman Jack Johnson to a one-year deal on Sunday.

Johnson, 34, was in Colorado’s training camp on a professional tryout and finished the preseason with three assists in five games.

“He provides a steady presence and brings a lot of NHL experience to our team,” Avalanche general manager Joe Sakic said. “We like what he has added to our blue line over the past few weeks and we’re pleased to have him on the club as we head into the start of the season.” 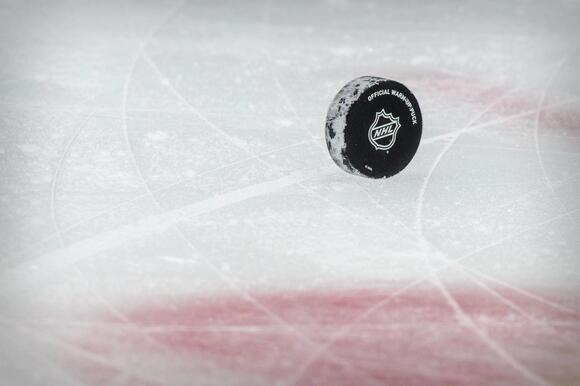 Johnson played last season for the New York Rangers, but was limited to one point (a goal) in 13 games and ended the campaign early after having core muscle repair surgery in March.

Johnson has skated in 950 games over 15 seasons with the Rangers, Los Angeles Kings, Columbus Blue Jackets and Pittsburgh Penguins.

Related: If you’re a fan of the Avalanche, check out #GoAvsGo rumors, rankings, and news here .

He has recorded 100 or more blocks in nine different seasons and 100-plus hits in seven seasons. Johnson also has five goals and 16 assists in 30 Stanley Cup playoff games.

The Indianapolis native was selected by the Carolina Hurricanes with the No. 3 overall pick in the 2005 NHL Draft.

Cale Makar had two goals, Nazem Kadri had a goal and three assists, and the Colorado Avalanche rallied to beat
HOCKEY・6 DAYS AGO
Sportsnaut

Brad Marchand is confident the Boston Bruins can turn things around after a maddening loss to the New York Rangers on Black Friday. New York exposed Boston’s blueline flaws and put the game away in the third period with three unanswered goals. There’s a lot that needs tweaking: David Pastrnak...
NHL・2 DAYS AGO
Forever Blueshirts - New York Rangers News

Rangers Panarin on his fine for Marchand glove toss: “I don’t like that guy”

Artemi Panarin spoke after New York Rangers practice today, and as you could imagine the main topic was what Brad Marchand said to him. “It’s important to to let people know I didn’t start it,” Panarin explained per USA Today’s Vince Mercogliano. “I didn’t say good things about him, too, but I think when you touch country, it’s different. Probably all Russians would want to defend their country.”
NHL・1 DAY AGO

By Michael Hurley, CBS Boston BOSTON (CBS) — The Bruins’ annual day-after-Thanksgiving matinee brought with it some news about their former goaltender … and perhaps their future goaltender. Early in the second period, play-by-play announcer Sean McDonough revealed that he spoke with Tuukka Rask on Thursday night. Rask told McDonough that his rehab from surgery to repair a torn hip labrum is “going very well,” and that he’ll begin ramping up his skating beginning next week. “He hopes that he can play as early as January,” McDonough said of Rask, who also noted his desire to play for the Bruins. That update has Rask on the...
NHL・2 DAYS AGO
markerzone.com

The Ottawa Senators were forced to sign a defenseman on Sunday amid the team's struggle with a COVID-19 outbreak, which now has 10 players on the NHL's COVID protocol list. Per the Sens' social media team, the club has signed defenseman Zac Leslie to a prorated 1-year, two-way contract worth $750,000 at the NHL level, with his AHL cap hit coming in at $150,000.
NHL・14 DAYS AGO
Sportsnet.ca

The Colorado Avalanche have signed head coach Jared Bednar to a two-year contract extension that will run through the 2023-24 season. Bednar is in his sixth season in Colorado and has a 191-154-40 career record, leading the team to four straight playoff appearances since the 2017-18 season. Bednar needs just two wins to tie Bob Hartley as the winningest coach in Avalanche history.
NHL・9 DAYS AGO
WEEI Sports Radio

DNVR Avalanche Podcast: Debating the topics of the day surrounding the Colorado Avalanche

On this show, AJ, Rudo, and Jesse go through the last few games and what the Avalanche have done right to go on the winning streak and what they have to do to continue on the streak. In the second part of the show, the fellas get in a full-out debate as they try to defend their takes!
NHL・5 DAYS AGO
hockeyinsiders.net

Another dirty incident in the NHL last night. We saw a pretty brutal headshot during the Toronto Maple Leafs and Los Angeles Kings game. 21 year old rookie Rasmus Kupari of the Kings took out Leafs' foward David Kampf. The play was clearly dirty and Kampf did not return to...
NHL・4 DAYS AGO
milehighhockey.com

The Avs return home this Thanksgiving Week feeling thankful for the run they’re on. They look to continue this trend against the COVID-recovering Ottawa Senators tonight at home. Ottawa is the first team this year to have games postponed due to COVID-19 breaking out in the side. At one point,...
NHL・7 DAYS AGO
San Diego Union-Tribune

New York Rangers forward Artemi Panarin has been fined $5,000 for throwing one of his gloves at Boston Bruins winger Brad Marchand
NHL・2 DAYS AGO

Justin Verlander is staying in Houston. The two-time Cy Young Award winner will re-sign with the Houston Astros. His brother Ben, who is an MLB analyst for Fox Sports, first announced the news Wednesday night. The deal is a one-year pact worth $25 million with a player option for 2023,...
MLB・11 DAYS AGO
holycitysinner.com

The South Carolina Stingrays have agreed to terms with defenseman Hank Sorensen on Monday. Sorensen, 23, comes to Charleston following two seasons at Northern Michigan University. While at NMU, the blueliner appeared in 52 games, tallying 16 points (four goals, 12 assists). The native of Wayzata, MN made his collegiate debut on October 11, 2019 against Michigan State University, scoring his first career goal in the contest. Sorensen finished the season with 38 blocked shots.
CHARLESTON, SC・7 DAYS AGO
beyondtheboxscore.com

David Goodkind | Halos Heaven: The day after finding a GM, the Mets are losing Noah Syndergaard to the Angels. Syndergaard signed a one-year deal worth $21 million after receiving the $18.4 million qualifying offer from the Mets. Syndergaard has thrown just two innings since 2019, but if he pitches anything like his pre-injury self, he’ll be a major boon to a weak Angels rotation.
MLB・12 DAYS AGO
WEEI Sports Radio

Matz drew plenty of interest in the free agent market, and ESPN’s Jeff Passan reports that Matz has signed a four-year, $44M deal with the Cardinals. The deal could get to $48M with incentives. Matz will join a Cardinals’ rotation that already includes Jack Flaherty and Adam Wainwright. Flaherty was...
MLB・5 DAYS AGO
WEEI Sports Radio

It seemed like a pretty comical moment towards the end of the New York Rangers 5-2 win over the Boston Bruins. Artemi Panarin and Bruins super-pest Brad Marchand were jawing at each other. The confrontation ended with Panarin throwing his glove at Marchand. ABC commentator, AJ Mleczko was in between the benches when the altercation took place. “I don’t mean to laugh,” she said. “It is heated and intense.”
NHL・2 DAYS AGO