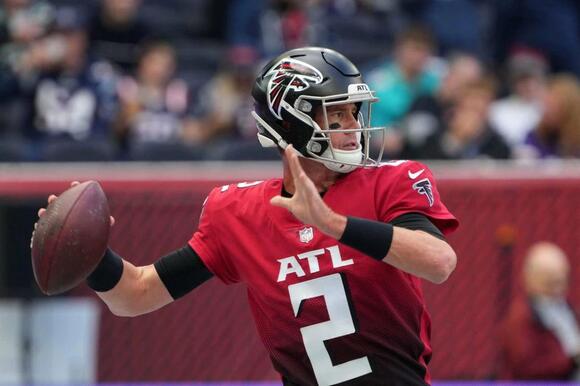 Matt Ryan threw for 342 yards and two touchdowns to lift the Atlanta Falcons to a 27-20 victory over the New York Jets on Sunday in London.

Reigning NFL Rookie of the Week Zach Wilson completed 19 of 32 passes 192 yards and one interception for New York (1-4). 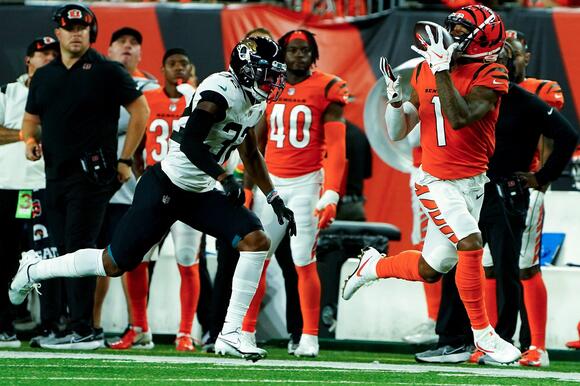 Tevin Coleman opened the second half with a 65-yard kick return to ignite the Jets. Ty Johnson and rookie Michael Carter scored from 1 and 2 yards out, respectively, to trim Atlanta’s lead to 20-17.

Mike Davis rushed in from 3 yards out on the ensuing drive with 2:19 remaining in the fourth quarter to give the Falcons a 27-17 lead.

Matt Ammendola’s 49-yard field goal trimmed the deficit with 22 seconds left, however the Falcons recovered the onside kick to end the game.

Atlanta benefited from a roughing the passer penalty and Cordarrelle Patterson converted a fourth-and-1 play to set up the game’s first score midway through the first quarter. Younghoe Koo drilled a 31-yard field goal to complete a 14-play, 62-yard drive. 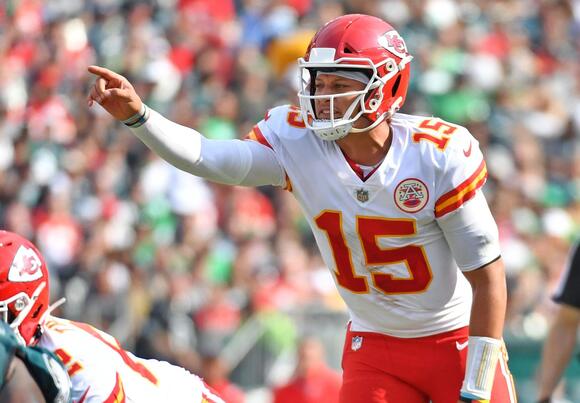 New York went three-and-out on the next possession and Atlanta capped a 10-play, 92-yard drive after Pitts beat defensive end John Franklin-Myers for an easy 2-yard touchdown. The touchdown was the first for the fourth overall pick of the 2021 NFL Draft.

Pitts made a one-handed catch for 22 yards on the ensuing Falcons’ possession, leading to Hurst’s 17-yard touchdown reception. The touchdown was the first of the season for Hurst.

Jaylinn Hawkins’ first career interception on the ensuing drive set up Atlanta at the Jets’ 34-yard line. Hurst, however, fumbled the ball while fighting for extra yards to end that threat.

Ammendola capped New York’s 16-play drive with a 31-yard field goal for the Jets’ first score, however Koo answered with a 52-yard kick as time expired to give Atlanta a 20-3 lead at halftime. 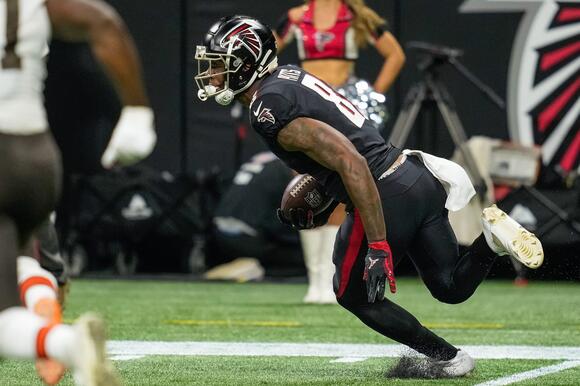 The Atlanta Falcons made a surprise cut on defense among their roster moves on Tuesday.
NFL・24 DAYS AGO
The Spun

On Thursday night, the Atlanta Falcons hosted the New England Patriots in a matchup between playoff contenders. Atlanta hasn’t looked like the best team all season, but the Falcons entered tonight’s game in the thick of the wild card race. However, after tonight is over, the Falcons will likely be on the outside looking in.
NFL・14 DAYS AGO
ClutchPoints

The Atlanta Falcons are not looking good. The team suffered their first shut out game at home since 1988, losing brutally to the New England Patriots 25-0. Just the week prior, the Falcons lost to the Dallas Cowboys, 43-3. Per Josh Alper of NBC Sports, here were Ryan’s honest thoughts on the team’s offensive performance:
NFL・14 DAYS AGO
Falcon Report

For Michael Vick to ultimately be right about this edition of the Atlanta Falcons, they need more weapons.
NFL・15 DAYS AGO

Former Atlanta Falcons receiver Julio Jones has another setback with the Tennessee Titans as one of the worst seasons of his career continues.
NFL・20 DAYS AGO
Midland Reporter-Telegram

BEVERLY HILLS, Calif. - Michael Vick appears in the lobby dressed in all-black sweats, a look that helps one of the NFL's most famous - and at one point, most infamous - retirees find a seat in the middle of the hotel's restaurant without notice. He's lean and fit; the gray hairs on his chin are all that keep you from assuming Vick could still make a pair of defenders comically take out each other in an attempt to tackle him.
NFL・5 DAYS AGO
Falcon Report

The Atlanta Falcons injury report on Friday didn't bring good news. In fact, it got worse.
NFL・7 DAYS AGO

The Atlanta Falcons have signed a big defensive lineman to their 53-man roster while releasing another.
NFL・25 DAYS AGO
Sports Illustrated

Discover player props odds, plays, and insights for Matt Ryan in his Week 12 contest with the Atlanta Falcons against the Jacksonville Jaguars.
NFL・6 DAYS AGO
inthrill.com

It’s a Super Bowl LI rematch tonight. Who can forget the Falcons blowing a 28-3 against the Patriots. It’s a little different tonight as the Patriots seem to be back with a new QB who looks like will be the future of the franchise. Mac Jones has looked good in his rookie season as the Patriots come in heavy favorites at -275 on the moneyline. The Falcons are suffering coming off a tough beatdown against the Dallas Cowboys but look for a huge upset on prime-time. Check out the odds below and preview.
NFL・15 DAYS AGO
USA TODAY

The New England Patriots defense laid it on thick in paving the way for a fifth consecutive victory for Bill Belichick’s team.
NFL・14 DAYS AGO

It’s Time For Matt Ryan To Leave The Falcons

The last five days have been hellish for Atlanta Falcons quarterback Matt Ryan. Just when he thought that things couldn’t get any worse, he suffered the first home shutout in his 14-year career against the New England Patriots. This game followed the Falcons’ 43-3 disappointment versus the Dallas Cowboys, wherein...
NFL・13 DAYS AGO
The Atlanta Journal-Constitution

Falcons’ Matt Ryan: ‘Wasn’t a good enough effort from us’

After the 25-0 loss to New England, the Falcons have been blown out in four of their six losses by an average of 28.5 points. They lost to the Eagles by 26 points, 23 to the Bucs, 40 to Dallas and 25 to New England. Here’s what Falcons quarterback Matt...
NFL・14 DAYS AGO
BBC

Watch the New England Patriots intercept the Atlanta Falcons four times in a defensive rout that saw them win 25-0 for their fifth victory in a row. Watch NFL This Week on BBC iPlayer and The NFL Show on Saturday 20 November (00:00 GMT, into Sunday morning) on BBC Two, iPlayer, and the BBC Sport website and app.
NFL・14 DAYS AGO
FanSided

The Atlanta Falcons are headed into a Thursday night match-up with the New England Patriots. Patriots quarterback Mac Jones has been hot winning four in a row and has been greatly helped by an aggressive Patriots defense. The Patriots are one of the better defenses the Falcons will face this...
NFL・15 DAYS AGO
985thesportshub.com

The Patriots didn’t need to be perfect on Thursday night. Just escape Atlanta with a win, however you gotta do it. Welp, defensively, the Patriots were pretty much perfect anyway. New England pitched a shutout against Matt Ryan and the hapless Falcons offense on “Thursday Night Football,” on the road,...
NFL・14 DAYS AGO
CBS Sports

Falcons' Matt Ryan reacts to consecutive blowout losses after being shut out by Patriots: 'It's disappointing'

In Week 9, the Atlanta Falcons were disassembled by the Dallas Cowboys to the tune of a 43-3 and, four days later, they were attempting to quickly rebound and protect their home field against the visiting New England Patriots. They failed rather miserably in that mission, and Bill Belichick didn't need rookie first-round pick Mac Jones to overcome a 28-3 deficit to take the win either, with the Patriots serving up a second blowout loss in a row for head coach Arthur Smith and quarterback Matt Ryan -- the Falcons losing 25-0 in a shutout loss at Mercedes-Benz Stadium.
NFL・14 DAYS AGO
miamidolphins.com

Matt Ryan deserves very little blame for just how terribly the Atlanta Falcons season has gone. The Falcons have given Ryan little pass protection and even fewer weapons. Ryan is relying on a utility player in Cordarrelle Patterson and a rookie in Kyle Pitts to make plays. If Patterson and...
NFL・11 DAYS AGO