Is the Turkish Grand Prix on TV today? Start time, channel and how to watch Formula 1 race today 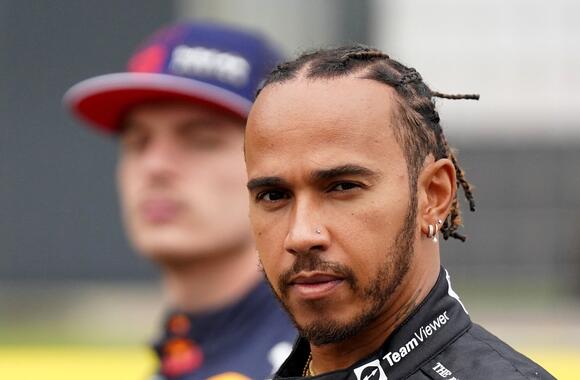 The Turkish Grand Prix will take place on Sunday with title rivals Lewis Hamilton and Max Verstappen going to battle once again.

Hamilton leads the Dutchman by two points but with the Brit taking a grid penalty for the upcoming race he may not be able to hold onto the lead with six races to go.

In a similar situation to Verstappen’s engine penalty at the Russian Grand Prix in September, Hamilton will have a 10-place penalty for using too many parts.

Verstappen started at the back of the grid in Sochi but managed to finish on the podium and Hamilton will have to have a similarly successful drive on Sunday to remain close to his rival.

But what time will it start and how will fans watch? Here’s all you need to know.

The race will take place on Sunday, 10 October at 1pm BST at Istanbul Park.

The race will be shown live on the Sky Sports F1 channel. If you’re not a Sky customer you can grab a NOWTV Day Pass here to watch without a subscription.

What has Hamilton said?

“It’s not a case of ignoring it as it’s there,” Hamilton told Sky . “It’s a case of understanding what will be, will be.

“All you can do is prepare the best way you can and give 100 per cent so I don’t worry about these things.

“I’ve had lots of ups and downs in the past, but I’ve had an amazing time with a lot of growth. I just prepare for now which means doing the work with the guys back in the factory.

What has Verstappen said?

“At the end of the day I can’t control what they [Mercedes] are doing,” he told Sky. “So it’s more important to focus on ourselves and try to get the best out of that. Try to score as many points as possible every single weekend and that’s of course what we will try to do again here in Istanbul.

“I’ll always try to maximise my result. So far I think we’ve had a very strong package. Some races we look really strong and some races they [Mercedes] were ahead.

“So it’s fine, it makes it exciting at the end and hopefully we’ll continue like that to the end of the season.”

Lewis Hamilton is in the midst of the most exciting Formula One title battle in recent memory but insists he is uncomfortable racing in Saudi Arabia highlighting the country’s “pretty terrifying” LGBTQ+ laws.The inaugural race in Jeddah is the penultimate grand prix of the 2021 season in which reigning champion Hamilton and Red Bull’s Max Verstappen have tussled for the title.Verstappen is just eight points clear heading into Sunday’s race in Saudi Arabia but Hamilton has the momentum of winning the previous two races for Mercedes.One of those came in Qatar a fortnight ago where the Brit spoke...
MOTORSPORTS・1 DAY AGO
MLive

For the first time ever, Formula 1 enters the country of Qatar, and at a crucial part of the season, with just a few races to go. A championship could be certified on Sunday as Max Verstappen looks to even further distance himself from Lewis Hamilton. Hamilton picked up a...
MOTORSPORTS・13 DAYS AGO
The Independent

And so to Jeddah. In the north of the city tucked against the Red Sea coast is the home of the inaugural Saudi Arabian Grand Prix, dubbed the “fastest street circuit in the world”. The Jeddah Corniche Circuit was completed only last week after an intense eight-month building project, and FIA race director Michael Masi visited to give the track official approval. “The progress that I have seen on each of my visits over recent months has been remarkable,” Masi said. “Jeddah will provide an interesting new challenge for the drivers and teams.”“Interesting” is one word for it. Mercedes’ Valtteri...
WORLD・21 HOURS AGO
The Independent

Lewis Hamilton and Max Verstappen will look to take a big step towards winning the Formula 1 world championship when they battle for pole position at the Saudi Arabian Grand Prix today. Verstappen holds an eight-point lead over Hamilton heading into the penultimate race of the season and could win the championship this weekend if he earns 18 points more than his title rival in Sunday’s race. But thanks to back-to-back wins in Brazil and Qatar, seven-time world champion Hamilton has cut Verstappen’s lead at the top of the standings and could leapfrog the Red Bull driver if he completes...
MOTORSPORTS・3 HOURS AGO

Is Barbarians vs Samoa on TV today? Kick-off time, channel and how to watch international rugby fixture

The Barbarians take on Samoa at Twickenham this afternoon in a Killik Cup double-header which will also sees the Barbarians women’s side face South Africa women. The renowned invitational team is full of star names in international rugby who have remained in Europe following the Autumn Nations Series, with Australia head coach Dave Rennie taking charge and fielding a number of Wallabies in his side. Nic White, James O’Connor and Len Ikitau are all involved for the Baa-Baas, while the team is also bolstered by World Cup winners in South Africa’s Steven Kitshoff, Malcom Marx and Duane Vermeulen. Samoa...
WORLD・7 DAYS AGO
San Diego Union-Tribune

Lewis Hamilton continues to make history. The Mercedes driver took home the first checkered flag in the history of the Qatar GP with a sparkling flying lap to keep Max Verstappen off pole position as the two continue to fight for the 2021 driver's championship. With just three races left,...
MOTORSPORTS・13 DAYS AGO
The Independent

Is Liverpool vs Arsenal on TV today? Kick-off time, channel and how to watch Premier League fixture

Arsenal travel to Liverpool FC in the evening kick-off in the Premier League on Saturday following the conclusion of the international break. With World Cup qualification nearing its conclusion, focus switches back towards domestic action and the long wind-up towards the hectic Christmas schedule.The Reds are desperate to rebound after a damaging loss to West Ham last time out hit their title hopes, while dropping them to fourth in the table.The Gunners meanwhile hope to make it 10 games without defeat in the league as Mikel Arteta tests himself against Jurgen Klopp in hope of a boost to...
PREMIER LEAGUE・13 DAYS AGO

Is Villarreal vs Manchester United on TV today? Kick-off time, channel and how to watch Champions League game

Manchester United have little time to settle after the sacking of Ole Gunnar Solskjaer as they travel to Spain to take on Villarreal in a vital Champions League match.The Yellow Submarines will be out for revenge after a tough loss at Old Trafford after Cristiano Ronaldo’s stoppage-time winner. FOLLOW LIVE: Team news and latest updates as Man United face Villarreal in Champions LeagueAnd the Red Devils face a tough task to regroup after another woeful display saw Watford inflict a thrashing at Vicarage Road.Michael Carrick will be in charge on an interim basis, with Laurent Blanc among the possibilities to...
PREMIER LEAGUE・10 DAYS AGO
The Independent

Ellen White is set to win her 100th England cap when the Lionesses host Austria in World Cup qualifying this afternoon. England will be aiming to continue their perfect start to Group D, having won their opening four matches of the qualifying campaign. Sarina Weigman’s side recorded a 4-0 win over Northern Ireland and a 10-0 victory over Latvia last month but Austria are set to be their toughest test of the group. White is also closing in on Kelly Smith’s England goalscoring record and is two goals away from equalling her tally of 46. Here’s everything you need to...
WORLD・7 DAYS AGO
The Guardian

Who took over? Who walked away? Who kept going?
TENNIS・1 DAY AGO
San Diego Union-Tribune

The head of the Mercedes-AMG Petronas Formula One racing team has apologized for the way the team announced its partnership with a company involved in a London high-rise where a fire killed 72 people
SAN DIEGO, CA・18 HOURS AGO

Lewis Hamilton topped both practice sessions on Friday at a track that is expected to suit the Mercedes, but Red Bull title rival Max Verstappen was less than two tenths behind him in fourth. Hamilton and Verstappen were separated by Valtteri Bottas in the other Mercedes and the lead AlphaTauri...
MOTORSPORTS・5 HOURS AGO