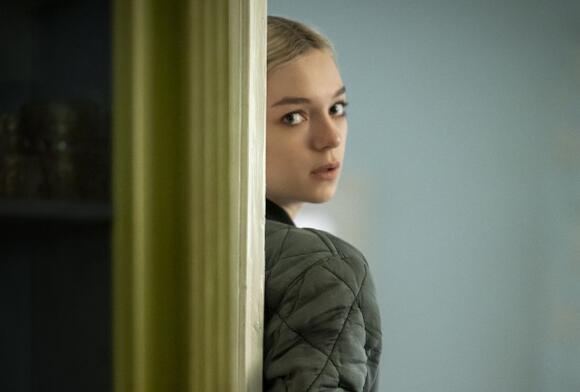 Hanna vs. Utrax is ready to go another round : The action thriller will return for Season 3 on Wednesday, Nov. 24 on Amazon Prime with all six episodes, the streamer announced Saturday during the show’s New York Comic Con panel.

Along with the premiere date comes a brand new teaser for the upcoming season (embedded above) that states, “In this war, anything goes.” In the clip, Hanna’s battle rages on with explosive hand-to-hand combat, popping gunfire and cars soaring over cliffs. Ray Liotta (who joins this season as intelligence operative Gordon Evans) can also be seen telling former CIA agent Marissa Wiegler (Mireille Enos) that he can guarantee Hanna’s safety, but only if she’s brought in. (Or so he claims…)

The third season of Hanna continues the journey of its titular heroine (played by Esmé Creed-Miles) who was created by the sinister organization Utrax and trained to be an assassin. “Hanna is now secretly trying to destroy Utrax from the inside and free herself from its grasp with the help of her previous nemesis, Marissa Wiegler (Mireille Enos),” reads the official description. “Together they have coerced high-ranking Utrax agent John Carmichael (Dermot Mulroney) into aiding their mission, but her fellow young assassins, Sandy (Áine Rose Daly) and Jules (Gianna Kiehl), as well as new foes are starting to suspect Hanna’s plot. As Hanna moves closer to her goal, she begins to uncover not only a world-changing agenda but the true power behind Utrax that stands between her and freedom.”

Based on the 2011 film starring Saoirse Ronan, the series’ second season saw Hanna risk her freedom to rescue her friend Clara from the Utrax program.

Watch the teaser embedded above (and view some new photos below), then drop your thoughts in a comment! 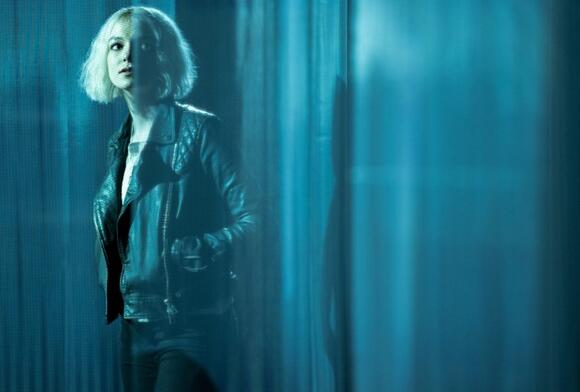 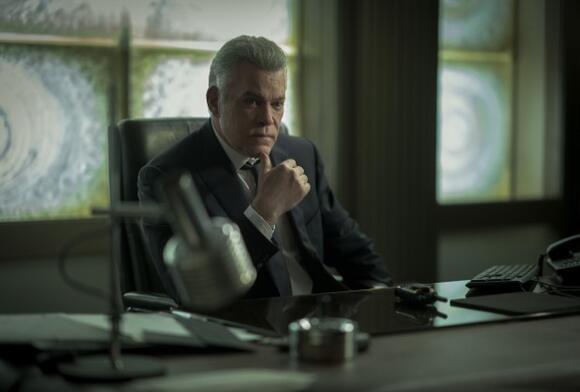 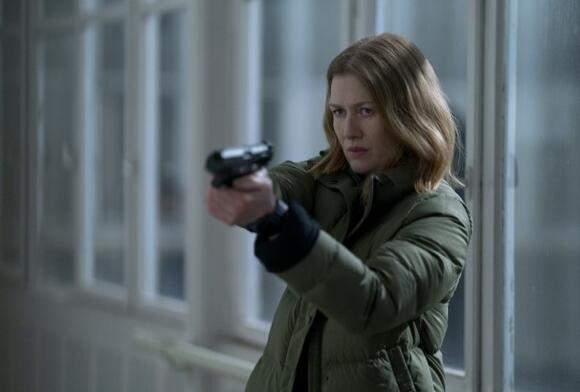 Thanksgiving dinner might be imminent, but the real feast this year has been the sheer amount of television offered to us in the last 11 months. (And we don’t need to loosen our belts after binging!) In the spirit of giving thanks this holiday season, Team TVLine has compiled the...
TV SERIES・6 DAYS AGO
TVLine

Well well well, look who’s ready to siiiiiiiing us a soooooooong once more? On Thursday, Starz gave Outlander viewers a wee treat by releasing the opening title sequence ahead of the show’s upcoming Season 6. And in addition to tweaking the version of “The Skye Boat Song” that plays at the start of every episode — like the show has done many times before — we get a bunch of clues as to what’s ahead this season. Those who’ve read A Breath of Snow and Ashes, the Diana Gabaldon novel on which Season 6 is based, will be able to tie some of the...
TV SERIES・5 DAYS AGO
TVLine

Euphoria‘s Rue dances and lip-syncs her way through Frank Sinatra’s “Call Me Irresponsible” at the start of the HBO drama’s Season 2 trailer, and if that’s not a new level of self-awareness, we don’t know what is. The troubled teen and her friends are back for another go in the new video, which the premium cabler posted on Twitter Tuesday. We also get, at long last, the sophomore season’s premiere date: Sunday, Jan. 9. SEASON 2. JANUARY 9 ON @HBOMAX. pic.twitter.com/CQ8o0nTuIG — euphoria (@euphoriaHBO) November 23, 2021 The roughly minute-long preview shows Zendaya’s Rue tripping the light fantastic — or maybe just tripping —...
TV SERIES・6 DAYS AGO
tvseriesfinale.com

Watch the Teaser for the Final Season of Ozark Right Now

Watch: Laura Linney Gushes Over "Ozark" at 2019 Emmys. Ozark fans snap on your seatbelts and get ready for this very bumpy ride down memory lane. Netflix just released a new teaser and photos from season four of the critically acclaimed family drama, which will premiere on Jan. 21, 2022.
TV SERIES・13 DAYS AGO
People

The fourth and final iteration of Ozark is almost here. On Wednesday, Netflix released a series of first-look photos and a new teaser for the upcoming season, premiering Jan. 21. Season 4 will be released in two parts consisting of 7 episodes each, the streamer previously announced. The eerie new...
TV SERIES・13 DAYS AGO
Outsider.com

In a recent interview, famed actor Ray Liotta opened up about his new role on Amazon Prime’s scifi drama “Hanna.” Liotta joins the cast in its third and final season and discusses how he felt like the ‘outsider’ on set. Though he’s a seasoned actor, he still faced challenges when it came to getting into the role in a way he felt comfortable.
TV & VIDEOS・7 DAYS AGO
Primetimer

Julian Fellowes' The Gilded Age gets a premiere date and teaser

If you love video-game adaptations, then you’ve probably had the Halo TV series on your radar for a good while now. The project was originally at Showtime, but shifted over some time back to the Paramount+ streaming service. In the end, this feels like the right home for the show....
TV SERIES・14 DAYS AGO
411mania.com

Netflix has announced that Part 1 of the two-part final season of Ozark will be released on January 21st, 2022 and has released a new teaser trailer which is below. Part 1 will feature 7 episodes, as will Part 2. Netflix describes the new season with the following synopsis: Marty...
TV SERIES・12 DAYS AGO
TVLine

The story of How I Met Your Father is about to get underway. Hulu announced Wednesday that the How I Met Your Mother offshoot is set to premiere on Tuesday, Jan. 18, with its first two episodes. The remaining eight episodes will unspool weekly. The big announcement was made by the cast of HIMYF — which consists of Hilary Duff, Chris Lowell, Francia Raisa, Tom Ainsley, Tien Tran and Suraj Sharma — in the above video, which borrows a few signature Barney Stinson catchphrases to tee up the premiere date news. As previously reported, HIMYF takes place in the near future, as Sophie (Duff) tells...
TV SERIES・12 DAYS AGO
TVLine

Ray Donovan is kicking down doors and going deep on daddy issues in the new trailer for the Showtime series’ upcoming movie. The Ray Donovan: The Movie footage, released Monday, is our first real peek into the two-hour continuation. The film is set in the immediate aftermath of the Season 7 finale — which aired in January 2020 — and finds Mickey on the Run and Ray determined to find and stop him before he can cause any more carnage. It also explores both the present-day fallout from the Donovan/Sullivan feud and Ray and Mickey’s beginnings from three decades ago. The movie...
MOVIES・7 DAYS AGO

Based on the eponymous film written by Seth Lochhead and David Farr, Amazon Prime Video’s action series ‘Hanna’ follows the titular character, who lives in a remote forest in Poland after her father figure Erik rescues her from the CIA program called Utrax. Trained and brought up by Erik, Hanna is now chased by Marissa Wiegler, the CIA operative who is in charge of Utrax. As the show progresses, severe predicaments test Hanna’s survival as she tries to bring the establishment down.
TV SERIES・8 DAYS AGO
tvsourcemagazine.com

Watch: "Queer Eye" Stars Surprise Karamo on 2021 Oscars Red Carpet. The Emmy Award-winning Queer Eye returns for its sixth season on Dec. 31, and this time the Fab Five are going country in the Lone Star state. Roll up your sleeves, put on some denims and grab your favorite...
TV SERIES・11 DAYS AGO
tvseriesfinale.com

The Gilded Age finally has its premiere date. HBO announced the premiere date and released a teaser for the historical drama from the creator of Downton Abbey, Julian Fellowes. The nine-episode season will arrive in January. The drama series follows a young woman who moves to New York City in...
TV SERIES・11 DAYS AGO

The CW is recruiting one of the original 4400 for its reboot: Patrick John Flueger, who played returnee Shawn Farrell on the USA Network drama, will guest-star as Caleb, a charismatic figure from one of the 4400’s past, our sister site Deadline reports. Additionally, original series co-creator Scott Peters will direct an upcoming episode of the update. Airing Mondays at 9/8c, the CW drama follows 4,400 overlooked, undervalued, or otherwise marginalized people who vanished without a trace over the last hundred years and are all returned in an instant, having not aged a day and with no memory of what happened...
TV SERIES・7 DAYS AGO
ETOnline.com

Outlander finally has a return date. Starz's popular period drama, adapted from Diana Gabaldon's best-selling novels, will premiere season 6 on Sunday, March 6 at 9 p.m. ET/PT, it was announced Monday evening during a launch event for the ninth book in the series, Go Tell the Bees That I Am Gone.
TV SERIES・7 DAYS AGO
NME

HBO has confirmed the release date for Euphoria season two in a new teaser trailer. Created and written by Sam Levinson, the critically acclaimed HBO series stars Zendaya as Rue Bennett, a drug addict who emerges from rehab struggling to make sense of the world. This starts to change with the arrival of Jules, played by Hunter Schafer.
TV SERIES・6 DAYS AGO