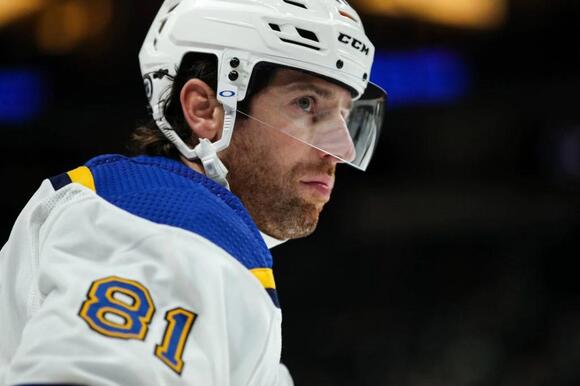 Neal, 34, joined the Blues for training camp on a professional tryout and led the team with four goals in five preseason games.

St. Louis opens the regular season on the road against the Colorado Avalanche on Oct. 16. 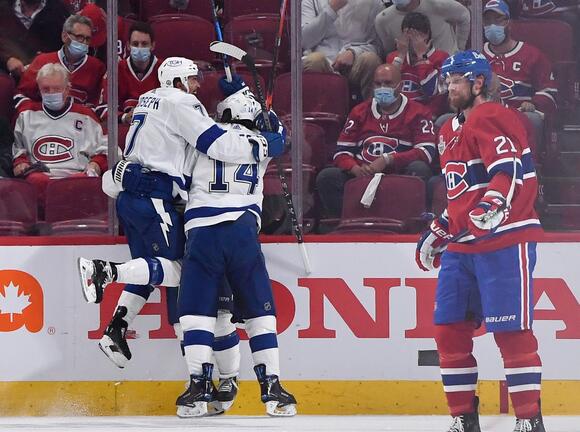 Logan Brown is coming home for the holidays. The St. Louis native, acquired in the Zach Sanford trade with Ottawa in September, has been promoted from the Blues’ AHL affiliate in Springfield, Massachusetts. The arrival of Brown helps alleviate the Blues’ manpower shortage at forward. Injuries to James Neal, Klim...
NHL・1 DAY AGO
Pro Hockey Rumors

For a brief moment, it looked as if the Blues were finally going to have a fully healthy roster at their disposal but that isn’t the case now. The team announced that winger James Neal has been placed on injured reserve with an undisclosed injury. Center Dakota Joshua has been recalled from AHL Springfield to take Neal’s place on the roster.
NHL・2 DAYS AGO
Yardbarker

It seemed like a pretty comical moment towards the end of the New York Rangers 5-2 win over the Boston Bruins. Artemi Panarin and Bruins super-pest Brad Marchand were jawing at each other. The confrontation ended with Panarin throwing his glove at Marchand. ABC commentator, AJ Mleczko was in between the benches when the altercation took place. “I don’t mean to laugh,” she said. “It is heated and intense.”
NHL・3 DAYS AGO
markerzone.com

It was quite the spectacle on Saturday when Ottawa Senators captain Brady Tkachuk had locked horns with Los Angeles Kings forward Brendan Lemieux, with the two tumbling to the ice where they continued to brawl until the referees were able to gain control of the situation. When the tussle was...
NHL・1 DAY AGO

BRADY TKACHUK BASHES BRENDAN LEMIEUX AFTER BEING BITTEN DURING SCRUM

Senators winger and captain Brady Tkachuk was apparently bitten by Kings winger Brendan Lemieux during Saturday night's contest. The two got into it after a scrum near the net, and during the end of the fight, Lemieux appeared to chomp down on Tkachuk's hand. The altercation was caused after Tkachuk...
HOCKEY・1 DAY AGO
Forever Blueshirts - New York Rangers News

Rangers roll over Bruins; Marchand made Russian taunts to Panarin

The New York Rangers beat the Boston Bruins 5-2 in the NHL’s Thanksgiving Showdown. However, it’s what Brad Marchand said to Artemi Panarin after the game that’s making the headlines. Broadway’s Breadman scored the go-ahead goal with 8:25 to play the third period and added an assist to help lead...
NHL・2 DAYS AGO
Sportsnaut

Alex Ovechkin capped his 28th career hat trick by scoring 4:02 into the third period to lead the host Washington
NHL・2 DAYS AGO
Sportsnaut

New York Islanders games have been postponed through at least Tuesday due to COVID cases, according to the NHL.
NHL・2 DAYS AGO
Sportsnaut

The Toronto Maple Leafs traded for Kyle Clifford once again, this time sending only future considerations to the St. Louis Blues for the veteran forward. Clifford cleared waivers Tuesday, meaning he can be immediately assigned to the Toronto Marlies of the AHL. In 2020, the Maple Leafs acquired Clifford along...
NHL・13 DAYS AGO
Sportsnaut

In today’s 10 a.m. video, columnist Ben Hochman celebrates a whole year of Ten Hochmans with shoutouts to you, the viewers (and to former Cardinals Tito Landrum and Sixto Lezcano)! And, as always, Hochman chooses a random St. Louis Cards card from the hat.
SAINT LOUIS, MO・11 DAYS AGO

Oettinger and the Dallas Stars silence the St. Louis Blues 4-1

Pietrangelo gets his first full homecoming in St. Louis against Blues

It's not the first time back to play the Blues in St. Louis for Alex Pietrangelo, but tonight is the first time with a full house at Enterprise Center. In April, when Vegas came to town, there were only about 4,100 fans in the building to welcome back the team's former captain. Tonight should be much closer to a capacity crowd.
NHL・7 DAYS AGO
Sportsnaut

The first major Blue Jays free agent domino has fallen. A week before an impending MLB lockout, Steven Matz has decided on his 2022 baseball home. The 2021 Blue Jay has signed a four-year deal with the St. Louis Cardinals, per Jeff Passan and others. Matz's new deal will pay...
MLB・5 DAYS AGO