Apple has incredibly exciting plans for the future of CarPlay 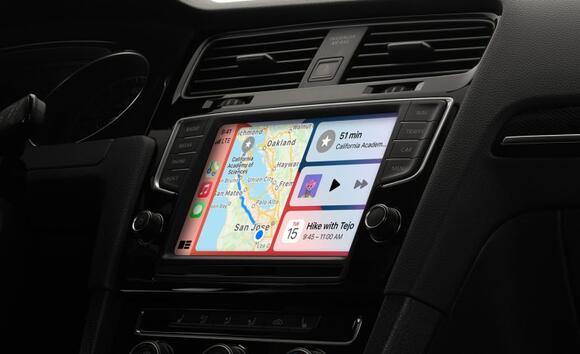 Don't Miss : Amazon’s epic Black Friday deals started early this year and you won’t believe how good they are!

Apple has been working on its own vehicle project for years, but the electric, self-driving Apple Car rumor returned to the spotlight late last year. Since then, we saw a flurry of reports detailing Apple’s renewed interest in manufacturing its own automobile. Reports even mentioned Hyundai and Kia as potential partners , but the rumors reportedly killed the deal. While it’s unclear when the Apple Car will be ready for mass consumption and if Apple will partner with a traditional carmaker or go at it alone, Apple has another significant car-related initiative in the works. The company wants to give iPhone users even more control over vehicles from other companies via a beefed-up CarPlay infotainment system that would have much bigger powers than the current version.

Apple wants to take over your car with CarPlay

Apple’s project IronHeart reportedly aims to transform CarPlay into the car’s brains. It would be the equivalent of the Home app that lets you control smart home gadgets from third-party vendors directly from the iPhone.

The more intelligent version of CarPlay would access almost everything the car sensors have access to. It could read inside and outside temperature and humidity, and information from the speedometer, tachometer, and other instruments.

CarPlay would also let you adjust settings like speaker volume, temperature zones, fans, defroster systems, seats, and armrests. If any of this sounds familiar, that’s because Google is working on similar abilities for cars.

In a way, it would be an iPhone owner’s dream come true. You could customize and control everything about the car from the iPhone via CarPlay.

The IronHeart initiative might sound good, but Apple can’t take over your car unless the carmaker is in on it. Vendors will have to work with Apple to allow the iPhone maker to replace their infotainment systems. As Bloomberg points out, some of them might not be too eager to do that. Carmakers already support CarPlay, but they might not be too keep to allow it to become too powerful. Instead, they might want to develop smarter car features of their own.

On the other hand, pressure from customers who might be iPhone owners could convince some carmakers to accept the IronHeart version of CarPlay that Bloomberg describes.

That said, there’s no telling when Apple will debut this version of CarPlay. However, it’s safe to assume that Apple Car will deliver the smart CarPlay features the IronHeart team is working on.

The post Apple has incredibly exciting plans for the future of CarPlay appeared first on BGR .

We’re Geeking Out Over These Apple Deals: Save Up to $200 on MacBooks, iPads and Apple Watches

Apple's Return to the Office Plan Has 1 Glaring Problem

Last week, Bloomberg reported that Apple's CEO, Tim Cook, had sent an email to employees letting them know that the company's plan to have everyone return to the office has been delayed until February 1. Like many companies, Apple has gone through several revisions of its plan to get everyone back in the office.
BUSINESS・13 DAYS AGO
imore.com

Bring wireless CarPlay to your auto for much less

From the Apple Watch to the MacBook Pro, these Apple items are up to $500 off.
ELECTRONICS・11 DAYS AGO

How to share your Apple Music or Apple One family plan

AppleInsider is supported by its audience and may earn commission as an Amazon Associate and affiliate partner on qualifying purchases. These affiliate partnerships do not influence our editorial content. — Sharing your Apple Music Family subscription — or yourApple One Family or Premier bundle — with others in your household is a great way to save money while enjoying Apple's vast catalog of streaming music content. Here's how to get it done.
TECHNOLOGY・10 DAYS AGO
USA TODAY

From Bluetooth trackers to laptops with built-in tablets, this is the tech we fell in love with in 2021 – and the gear we can't wait for in 2022.
ELECTRONICS・2 DAYS AGO
Rolling Stone

RS Recommends: How to Clean Your Headphones and Earbuds

Most earbuds are made to be worn for long stretches throughout the day, especially if you’re working from home right now. But even the best earbuds for working at home get gross, and the buildup of ear gunk can accumulate to the point of discoloration and visible (and invisible) nastiness on your buds. It’s even worse when you look at the earbuds you use for running and working out – all that moisture from sweat and debris from the air outdoors can not only affect the audio quality of your earbuds, but could affect your health as well. While the risk...
ELECTRONICS・21 HOURS AGO
Phone Arena

2021 is almost done and dusted and while this year didn't see anything significant in terms of upgrades from Apple, 2022 could have a lot to offer. That is according to Bloomberg's Mark Gurman, who laid down his expectations for 2022 in the latest edition of his weekly newsletter. Gurman...
TECHNOLOGY・23 HOURS AGO

These two under-the-radar metaverse stocks can give attractive returns to retail investors in the long run.
STOCKS・7 HOURS AGO
24/7 Wall St.

What’s Up With Apple: Just Wait ’til Next Year, Going to Court in Russia, and More

Speculation on new products that might come from Apple in 2022 were being talked about almost as soon as the company's dog-and-pony show ended last September. Here's where matters stand currently.
BUSINESS・8 HOURS AGO
The Motley Fool

A growing number of companies are throwing their hats into the metaverse, but here's two of the potential leaders.
STOCKS・4 HOURS AGO
Android Police

Should you clear your app cache on Android?

Clearing app cache is probably one of the most controversial topics when it comes to maintaining your Android phone. Many people clear app cache instinctively, either to free up additional storage, or — whether true or not — to keep their phone and apps from getting sluggish over time. But there are a lot of questions about the practice, and whether or not it actually does anything useful in the short or long term. Some contend that Android itself should handle app cache all on its own, and that interfering with default caching behavior is just asking for trouble. But the truth is far, far murkier.
CELL PHONES・18 DAYS AGO
Popular Science

With your Android phone, customization is the name of the game. Adrien / UnsplashFour apps that'll make your tapping and swiping more efficient.
CELL PHONES・1 DAY AGO
SPY

What’s your go-to method of staying connected while traveling? Is it getting a local sim card? Or just taking advantage of the free WiFi at Starbucks? Instead of relying on spotty WiFi networks and slow wireless connections, why not use a portable hotspot to take your home’s internet with you wherever you go? Unlike public hotspots, which are open (and often unsecured) WiFi networks found in coffee shops, restaurants and airports, a portable hotspot gets its connection via satellite and is often provided by your wireless network. That means these hotspots are not only more reliable, but they’re also more private....
ELECTRONICS・5 HOURS AGO
Gadget Review

How to Get Internet on TV_

In the US, there is an estimated 119.9 million TV households in the TV season 2018/19. This number includes both smart and “dumb” TVs. As the benefits of connecting these highly-rated TVs to the internet increase, you may find yourself wondering how to get internet on TV. The answer is extremely simple if you have a smart TV. However, if you do not have a smart TV, the answer is a little more complicated.
INTERNET・20 DAYS AGO
knowtechie.com

Delete these Android apps if they are installed on your phone

Whatever Google says about the security of the Google Play Store, it’s a fact that they don’t catch every malicious Android app that gets uploaded. Researchers at ThreatFabric say they’ve found a dirty dozen of apps downloaded from the Google Play Store that are actually banking or crypto trojans, which resulted in over 300,000 infections by the dropper apps.
CELL PHONES・6 DAYS AGO
hackernoon.com

How to Spy on a Cell Phone Privately

The secret wish to spy on someone's cell phone can arise in every person. Thanks to the rise of technology, it is quite possible to apply a specific mobile spying application without being exposed. Among the best spying programs that have proven to work efficiently are: uMobix. With the growing...
CELL PHONES・25 DAYS AGO
Gadget Review

Where is the Camera on My Smart TV?_

Some smart TVs (especially top-rated TVs) feature a camera and microphone, making it easier for users to make video calls to their families. The microphone often enables voice recognition as well. However, smart TV owners have been asking where the camera is on my smart TV. This question stems from the fact that hackers can get into some smart TVs and use the camera.
ELECTRONICS・20 DAYS AGO
CNET

Android comes with an abundance of settings that allow you to customize and improve smartphone experience. By default, Android picks what it considers the best settings, but depending on the type of user you are -- beginner, average or pro -- tinkering with your Android preferences and settings is a good idea to get the most out of your device.
CELL PHONES・24 DAYS AGO
AOL Corp

How to block numbers and stop robocalls on your iPhone, Android and even landline

Corrections & Clarifications: A previous version of this column neglected to note that calling *77 on your mobile phone may instead connect you with law enforcement. “Hello! Please don’t hang up… did you know that you could save a bundle on…?. It's a robocall, another automated telemarketer. Nowadays, robocalls make...
CELL PHONES・20 DAYS AGO