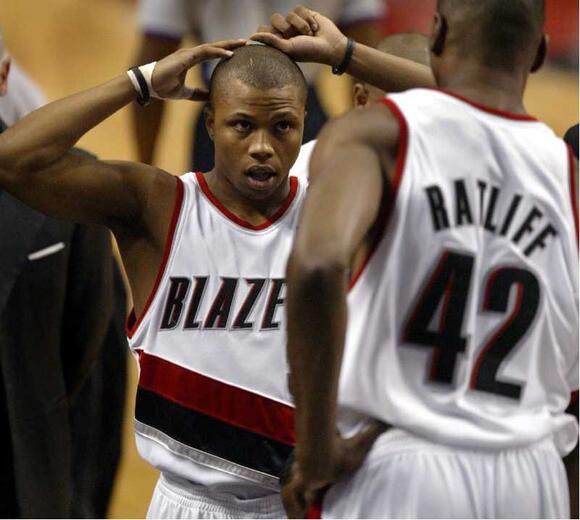 NBC News reported Thursday, Oct. 7, that 18 former NBA players were charged with attempting to defraud the National Basketball Association's health and benefit plan. According to prosecutors, the group attempted to steal $4 million from the league.

Former New Jersey Nets' player Terrance Williams is being labeled as the "lynchpin" for the fraud claims, according to prosecutors. Williams allegedly would supply false invoices to the other players involved.

Williams is alleged to have received $230,000 in kickback payments while the group as whole reportedly submitted claims for $3.9 million and have received $2.5 million in payments, according to court documents.

Most of the players charged in the case served as journeymen in the 1990s and 2000s across the NBA. The most notable players include Ronald Glen "Big Baby" Davis and Tony Allen, who played with the Boston Celtics in 2008 during its championship run.

Palacio was hired on Aug. 2 of this year as a part of the staff coming in with new Blazers head coach Chauncey Billups. He played in the NBA from 1999-2006 with six different teams.

The team announced via a press release that Palacio is being placed on administrative leave with no timetable for a return to the bench.

"We are aware of charges as they become publicly available in alleged health insurance fraud case," the press release begins. "The federal investigation is independent of the Trail Blazers organization and we will have no further comment pending the outcome of the legal process."

Palacio is from Los Angeles and played college basketball at Colorado State. He also has dual citizenship in Belize and is the national team's head coach.

The full list of those charged in the case include:

Steph Curry had an unbelievable shot in the game between the Golden State Warriors and the Portland Trail Blazers.
NBA・10 DAYS AGO
ClutchPoints

The Portland Trail Blazers fired former general manager Neil Olshey after reports of the toxic workplace he oversaw emerged. Blazer star Damian Lillard spoke to reporters and reacted to the firing of Olshey. “I have a lot of thoughts, but ya know, in short, I always had a really good...
NBA・2 DAYS AGO
Portland Tribune

The Portland Trail Blazers face off against the Denver Nuggets for one final home game before they hit the road for a three-game swing. The Blazers have been highly successful at home this season with an 8-1 record, and the Nuggets are missing significant pieces. However, that hasn’t stopped the Nugs before.
NBA・13 DAYS AGO

If Thursday’s game proves a harbinger of their play to come while Damian Lillard is sidelined by abdominal tendinopathy, the Portland Trail Blazers’ season could very well be at risk of going off the rails. The San Antonio Spurs came to Rip City and throttled the depleted Blazers, 114-83, in a game every bit as lopsided as the final score suggests.
NBA・3 DAYS AGO
St. James Plaindealer

The Portland Trail Blazers (10-9) face off with the Golden State Warriors (16-2) Friday at Chase Center. Tip-off is set for 10 p.m. ET. Below, we look at the Trail Blazers vs. Warriors odds and lines, and make our expert NBA picks, predictions, and bets. Portland had its four-game win...
NBA・10 DAYS AGO
FanSided

Damian Lillard has found his footing and the Portland Trail Blazers have jumped up the West standings. The Portland Trail Blazers got off one of the most confusing starts in the NBA. And a big reason why was the less than stellar start from Damian Lillard. The perennial all-star got off to one of his worst starts to his career and the team as a whole reflected his struggles in the win-loss column.
NBA・12 DAYS AGO
FanSided

Home, sweet home. Home is where the heart is. There’s no place like home. Pick a cliché. The Portland Trail Blazers are a magnificent 9-1 at the Moda Center and a putrid and puzzling 1-10 outside the building. An 0-3 road trip dropped them from sixth to tenth in the...
NBA・6 DAYS AGO

Five questions about the Spurs’ matchup against the Portland Trail Blazers

The San Antonio Spurs begin a grueling three-game Western Conference road trip as they take on the Damian Lillard-less Portland Trail Blazers at the Moda Center tonight while looking to extend their first winning streak of the season. From a new head coach to a handful of free agency signings,...
NBA・4 DAYS AGO
Sportsnaut

Despite Damian Lillard‘s publicly renewed commitment to the Portland Trail Blazers, this is a team faced with win-now pressure. They’ve had no trouble winning at home — losing just once in ten games at Moda Center — but have a inverted mirror-image 1-9 mark on the road, with the lone win over the league doormat Houston Rockets.
NBA・8 DAYS AGO

The Houdini expected a defensive slog of a matchup last night with the Boston Celtics taking on the Utah Jazz at the Vivint Smart Home Arena, but 267 points later, the Cs came away with a seven-point loss on the first night of a back-to-back. Tonight, they look to avoid...
NBA・2 DAYS AGO
95.7 The Game

Warriors coach Steve Kerr doesn’t think 16 3-pointers is out of the question for Steph Curry Wednesday vs. the Blazers as he chases Ray Allen’s record.
NBA・3 HOURS AGO
The Oregonian

The misery continued Saturday night for the Portland Trail Blazers. Two days after losing 114-83 to San Antonio at home, the Blazers were routed 145-117 by Boston at the Moda Center on Saturday night in a game that the Blazers made interesting for a half thanks to a strong second quarter, only to fall to pieces in the third.
NBA・2 DAYS AGO
Sportsnaut

Boasting an 11-13 record, Damian Lillard and the Portland Trail Blazers are off to a disastrous start to the 2021-22
NBA・9 HOURS AGO
Sportsnaut

The initial X-rays on Portland Trail Blazers guard CJ McCollum’s ribs were negative and he will be further evaluated Sunday,
NBA・1 DAY AGO
Portland Tribune

Portland play shorthanded without Lillard, McCollum, Simons and Little; Powell and Nurk have big gamesThe Portland Trail Blazers played without Damian Lillard, CJ McCollum, Anfernee Simons and Nassir Little on Monday, and actually put together a competitive game against the Los Angeles Clippers. The Clippers still won, 102-90, by scoring the Blazers by 13 points in the second half at Moda Center. "I loved the way we competed. I loved the way we were playing for each other," Norman Powell said. "I say this all the time: I think every team that plays hard no matter what gives themselves a...
NBA・1 DAY AGO
NBC Sports

After fending off a few good runs from the Portland Trail Blazers, the Celtics managed to hold on to their lead for a big victory 145-117 in their second game of a West Coast road trip. Here are a few takeaways from Saturday night's win in Portland:. Jayson Tatum Steps...
NBA・1 DAY AGO
The Oregonian