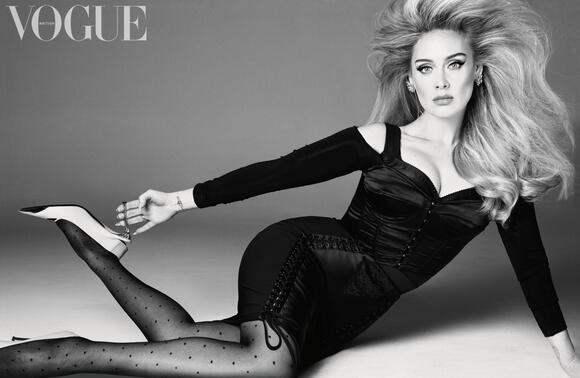 Adele is officially back — and what better way to make her grand return than with not one, but two historic Vogue covers showcasing the singer’s new era in full? For the first time in Vogue ‘s over-100 years running , the same star will cover both American Vogue and British Vogue for November 2021, and that star is London-born Adele, taking her first interviews in five years to break the silence on her new album, new look , new boyfriend Rich Paul , and more.

With the release of a teaser for her new single “Easy on Me,” Adele finally confirmed what we’ve long been waiting for: new music, soon a full album, will be forthcoming from the queen of heartbreak ballads. Two years after her divorce from Simon Konecki, with whom she shares son Angelo, Adele knows she must come out of hiding at least a little if she wants her career to continue, though she isn’t exactly excited.

“I have to sort of gear myself up to be famous again, which famously I don’t really like being,” she tells British Vogue ‘s Giles Hattersley.

But Adele is so excited about the album she’s putting out now, the pain of the fame involved may just all be worth it. It’s not quite a divorce album, she tells both Hattersley and American Vogue ‘s Abby Aguirre.

“It was more me divorcing myself,” she says. “Neither of us did anything wrong. Neither of us hurt each other or anything like that. It was just: I want my son to see me really love, and be loved. It’s really important to me.”

That being said, it does seem some songs got personal — including one she tells Hattersley she wrote so her son would know how to treat someone in a relationship.

“I wanted to put it on the album to show Angelo what I expect him to treat his partner like, whether it be a woman or a man or whatever,” she shared. “After going through a divorce, my requirements are sky-high. There’s a very big pair of shoes to fill.”

We personally can’t wait to listen — and we’re so excited by just this sneak peek at what Adele has in store.

Before you go, click here to see some of the most dramatic celebrity transformations of the past decade. 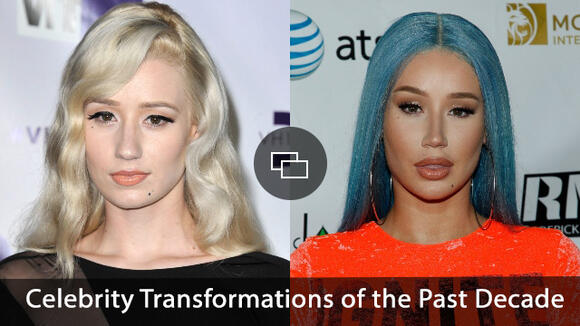 Adele’s Son Issues Heartbreaking Plea in New Song: ‘I Feel Like You Don’t Love Me’

At long last, the highly-anticipated new album from Adele has finally arrived — and there’s an extremely high chance you won’t make it through without having a good cry, so keep those tissues on hand as you give it a listen. Among the many emotional songs on the album sits...
MUSIC・16 DAYS AGO
SheKnows

Everything We Know About Adele's Son Angelo Adkins

If there’s one thing we learned from the Adele One Night Only special on CBS is that Adele loves her son, Angelo Adkins, to the moon and back. The nine-year-old holds a special place in the Grammy winner’s heart, not only because she’s his mother, but because she realized how much his presence in her life saved her. Adele believes that Angelo and her ex-husband, Simon Konecki, “were angels” sent to her. Angelo keeps a relatively low profile for a Hollywood kid (just like his mom), so we expect that tradition to continue as Adele makes the press rounds to support her...
FAMILY RELATIONSHIPS・20 DAYS AGO
SheKnows

Take It From Rihanna: ‘Tis the Season for Assless Tartan Pajama Pants

Rihanna is a multi-faceted bitch, she does a ton of shit. While the Barbadian singer/actress/fashion designer/businesswoman is still holding out on new music, much to the chagrin of her fans, she’s busy expanding her beauty and lingerie empires: Fenty Beauty and Savage x Fenty, both of which have been subject to glowing reviews and lauded for their inclusivity since their inceptions. The singer’s lingerie label, in particular, has eclipsed longstanding brands like Victoria’s Secret and is now the place to go for sexy staples.
BEAUTY & FASHION・5 DAYS AGO

RIHANNA HAS AN ANSWER TO THOSE PREGNANCY RUMORS

Rihanna is shutting down the latest batch of pregnancy rumors, addressing the speculation by responding to a fan named “Jen” in the most RiRi way ever. What? Didn’t they tell you that she was a savage?. Following a recent appearance in Barbados to accept “the order of National Hero” from...
CELEBRITIES・2 DAYS AGO
HollywoodLife

Diddy’s girls Jessie and D’Lila showcased their sporty styles as they twinned in blue tracksuits. Diddy’s twin daughters Jessie James and D’Lila Star Combs, 14, proved they are quite the fashionistas in an artsy new Instagram snapshot posted to their joint account on Nov. 29. The duo looked ultra-cool while rocking blue tracksuits with white tops and slate grey New York Yankee ballcaps and two-toned sneakers.
CELEBRITIES・3 DAYS AGO
Hello Magazine

Ciara never puts a foot wrong when it comes to fashion and her latest outfit might just be our favorite yet!. The Level Up singer took to Instagram over the weekend to share a photo of herself wearing a zip-up leather jumpsuit while drinking a glass of Ten To One Rum.
BEAUTY & FASHION・2 DAYS AGO
iHeartRadio

Adele lives such a private life that it's hard to know for sure who her celebrity friends are. It's well known that Nicole Richie is on the singer's list of famous friends, but who knew that Adele and Drake were such good pals? Before dropping her highly anticipated album 30 last week, the "I Drink Wine" songstress shared that Drake was one of few people to hear the project before it was released. Now Adele is crediting her friendship with the Certified Lover Boy as one of the "biggest gifts" of her career.
MUSIC・13 DAYS AGO
Variety

Normani on Becoming R&B’s Go-To Collaborator, and Why Her Album Will Be Worth the Wait

“In order for me to make sense of what I want to say to the world, it has to make sense to myself — it starts with me,” says 25-year-old Normani, whose collaborations with Cardi B, Khalid and Sam Smith have made her a household name through- out the pop and R&B worlds. She is speaking of her highly anticipated untitled debut solo album, one that for three straight years, her label, RCA, and fans, have awaited — not exactly patiently (there were Reddit forums dedicated to the subject “Why is Normani taking so long?”). Back in 2019, the expectation was...
MUSIC・2 DAYS AGO
American Songwriter

Adele Moved to Tears; Reveals How a Former Teacher Changed Her Life

Adele shocked the world when she announced her fourth studio album, 30. The record’s subsequent November 19 release quickly catapulted Adele’s fanfare to astronomical levels. Giving even more to her fans, the singer/songwriter from London interviewed with Oprah, which was soon followed by a pre-recorded concert special titled An Audience with Adele. The live show featured performances from 30, and the ITV event also included a surprise for the esteemed artist.
CELEBRITIES・13 DAYS AGO
purewow.com

It seems that Taylor Swift isn't the only one who makes really long demos when she writes her songs. In a new review of Adele's track “I Drink Wine,” Rolling Stone revealed that the singer originally had a 15 minute-long version of the song. However, when it came time to make cuts, her label told her it needed to be trimmed down.
MUSIC・14 DAYS AGO

Adele Brings the Waterworks With Her New Album, ‘ 30 ’

After a six-year hiatus, Adele, a sensational 15-time Grammy Award-winning artist, has returned with the debut of her fourth studio album “30,” released on Nov. 19. One thing is for sure: she did not take it “easy on us.”. This album includes a track list of 12 songs filled with...
CELEBRITIES・14 DAYS AGO
The Independent

Adele was typically candid when faced with questions from fellow celebrities at her An Audience With show. The one-off concert, which marked the British singer’s first live UK performance in four years, was filmed earlier this month and broadcast by ITV on Sunday 21 November. During the show, celebrities including Samuel L Jackson, Emma Thompson and Alan Carr asked her questions about her music and personal life. Carr took the opportunity to ask what the 33-year-old – famous for writing songs about her relationships – believed her exes would say about her, if they wrote their own songs. “Famously,...
CELEBRITIES・14 DAYS AGO
E! News

Watch: Necessary Realness: Adele Rings in Sad Girl Winter. When it comes to apologies, this man's mea culpa to Adele is (rolling in the) deep. On Saturday, Nov. 27, Matt Doran, a journalist and co-host of Australian TV show Weekend Sunrise, concluded his broadcast by addressing an embarrassing incident that drew scorn on social media: He recently admitted that while interviewing Adele, he disclosed that he had "only had the privilege of hearing" her new single "Easy On Me." However, Doran was previously offered the chance to listen to the singer's entire long-awaited new album, 30, and failed to notice a work email containing a link to it, making him ill-prepared for the interview, which ultimately was never broadcast.
CELEBRITIES・8 DAYS AGO
KTVB

Adele Reveals Which Celebrity Would Make Her Cry If They Ever Met -- and He Sent Her Flowers!

There's one celebrity Adele would fangirl over, and it's The Rock!. The 30 singer joined popular YouTube personality NikkieTutorials for a "Power of Makeup" session and Adele dished on a bunch of cool things, like what to expect in her upcoming "I Drink Wine" music video. But first, gushing over Dwayne Johnson.
CELEBRITIES・3 DAYS AGO
Hello Magazine

Caitríona Balfe has had a busy few weeks promoting her upcoming projects and this week, she blew fans away with her chic look and new hair style while attending the press night for her new movie, Belfast. The Outlander star, who is known for her portrayal of Claire Fraser in...
CELEBRITIES・5 DAYS AGO
HOLAUSA

Adele says her natural eyebrows make her look like Voldemort

Aside from the great music, one of the best parts of Adele releasing a new record arer her appearances in a variety of shows and interviews. She’s very funny, managing to sneak in a hilarious joke every now and then that will be preserved for ages. She was...
CELEBRITIES・2 DAYS AGO
Cosmopolitan

Jennifer Lawrence showed off her growing baby bump over the weekend at the premiere of her upcoming movie, Don't Look Up. Walking the red carpet in New York alongside her costars Leonardo DiCaprio, Meryl Streep and Jonah Hill, all eyes were on the 31-year-old who wore a floor-length, glittery Dior gown with semi-sheer cape sleeves.
CELEBRITIES・7 HOURS AGO
Insider

The rapper's look was designed by Eli Russell Linnetz, who said he texted Kid Cudi a picture of a wedding dress and asked, "Will you be my bride?"
NEW YORK CITY, NY・25 DAYS AGO