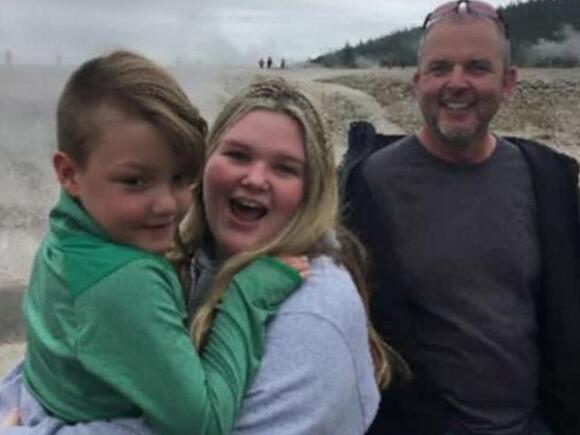 The Chandler, Arizona Police Department released thousands of pages of evidence and hours of video that gives new insight into the Lori Vallow case.

Listen to the full 911 call from Alex Cox after shooting Charles Vallow:

Vallow is charged with crimes connected to the deaths of her two children, her estranged husband and the wife of her new husband, Chad Daybell.

Among the videos released was an interview with Tylee Ryan, regarding the death of her stepfather Charles Vallow.

The interview took place only a few months before she died and before her mother married Chad Daybell.

She recalled waking up to an argument between her stepfather and uncle. She told police she was outside when she heard the gunshot that ultimately killed her stepfather, therefore she doesn't know exactly what happened.

She also told police she felt Charles was the aggressor during the argument.

When Lori Vallow spoke to police, she told them she only heard one gushot.

She also said she drove her son JJ to school after the incident.

According to Tylee's interview and surveillance video obtained by Chandler PD, first the family went to Burger King. Police say they also determined they went to Walgreen's to buy flip flops.

Chandler PD also released evidence showing phone calls between Charles Vallow and his life insurance company, making absolutely sure his wife Lori was not the beneficiary.

"I’m changing the insured to my sister and my special needs son," Vallow says. "Can I put a lock or something? A code they have to give if anybody contacts you about my policy?"

"Give no information to anybody who doesn't have that password!" he continued.

Investigators now believe Lori pre-meditated the murder of Charles Vallow with her brother. Her brother, Alex Cox, waited 43 minutes after the shots were fired to call first responders.

The state of Idaho has determined Lori Vallow is not mentally competent to stand trial for the charges involving the death of her children. Prosecutors could seek the death penalty.