Columbus Zoo, made famous by Jack Hanna, will appeal loss of accreditation 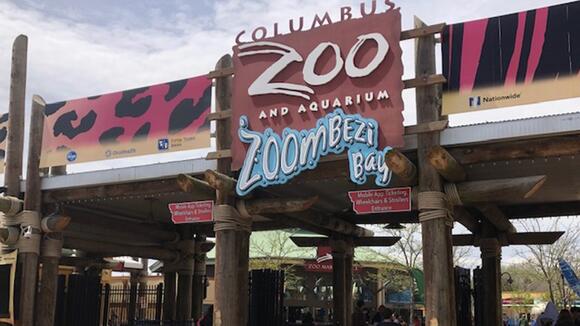 POWELL, Ohio ( WCMH ) — The Columbus Zoo and Aquarium, known by the many television appearances by former director Jack Hanna, is losing its accreditation from the Association of Zoos and Aquariums (AZA). The nationally recognized “best practices” honor has been held by the zoo for more than 40 years.

The zoo confirmed in a statement Wednesday morning that it will appeal the decision .

The loss of accreditation follows a year of scandals that plagued the zoo and its leadership. Former CEO Tom Stalf and the former chief financial officer, Greg Bell, each resigned amid allegations that they misused zoo property for personal profit, allowing family members to live in zoo-owned houses, and awarded no-bid construction contracts.

In August, a documentary alleged longtime zoo director Jack Hanna had improper ties to the big cat trade across the country, using his celebrity to misrepresent the source for the animals used in his many television appearances.

Sources said the scandals played a direct role in the loss of the AZA accreditation, and there is concern about what all of it will mean for the zoo’s national reputation. The Columbus Zoo and Aquarium has consistently ranked as one of the best zoos in the country.

One source said losing the accreditation is a black eye for the zoo and can determine what animals are available to be transferred there.  Sources also told WCMH there is concern over what the loss will mean for funding and donor confidence.

The zoo’s appeal must be filed by Oct. 30, and if it’s unsuccessful, the earliest the zoo can apply for accreditation is September 2022.

A release from the Columbus Zoo says a team from the accreditation commission visited in July and commended the zoo on 17 points of exemplary work in all aspects of zoo operation, and the commission’s vote was not unanimous. The zoo states that the AZA commission could have tabled the zoo’s accreditation for one year so changes and improvements could have been made.

“At the time of the AZA inspection by the visiting committee in July, we believe the Columbus Zoo and Aquarium met the AZA standards required for accreditation. The poor decisions of a handful of people should not negate the good work this team does and how much staff members contribute to the AZA through committee work and leadership roles. Nobody currently working at the zoo had anything to do with the position we find ourselves in today. We’ve acknowledged the wrongdoings of the past. We’ve also made changes and updated policies to ensure those cannot happen again,” said Jerry Borin, interim CEO and president of the Columbus Zoo and Aquarium.

The zoo says operations and visitor experience will not be affected by the ruling.

News of the AZA decision comes on the same day Tom Schmid , the current director of the Texas State Aquarium, was announced as the new CEO for the Columbus Zoo.

Columbus, Ga (WRBL) – The National Infantry Museum has won the top prize in the “USA Today” 10-best readers’ choice for best free museum for the past 2 years. The museum, which opened in 2009, features an extensive collection of artifacts, displays, and interactive exhibits that take visitors through the history of America’s infantry.As back-to-back […]
COLUMBUS, GA・8 HOURS AGO
WRBL News 3

COLUMBUS, Ga. (WRBL) — The aftermath of a train derailment last week in Ohio is being felt more than 800 miles away in Columbus, Georgia. A Norfolk Southern train went off the rails, causing a toxic gas leak, evacuations and great concern in the community not far from Pittsburgh. Norfolk Southern has extensive operations in […]
COLUMBUS, GA・1 DAY AGO
WRBL News 3

BIRMINGHAM, Ala. (WIAT) — Children’s of Alabama is asking for your help to show some love to its patients on Valentine’s Day. Beginning today through Feb. 14, the public is invited to send free greeting cards to patients by going online and selecting one of three card designs. Hospital staff will print the cards and […]
COLUMBUS, GA・9 HOURS AGO
WRBL News 3

Welcome to Cougar Minute, here is a look at the week ahead for Columbus State University. To check out more events happening at CSU click here.
COLUMBUS, GA・2 DAYS AGO
WRBL News 3

COLUMBUS, Ga. (WRBL) — Junior League of Columbus hosted their 8th annual Character Breakfast Saturday morning. The breakfast was held at the Ministry Center at St. Luke United Methodist Church. The ballroom was filled with parents and children–some sporting their best princess and superhero costumes. This was the largest turnout the organization has had with […]
COLUMBUS, GA・3 DAYS AGO
WRBL News 3

ATLANTA (WRBL) — Anti-Semitic flyers were found over the weekend in several Atlanta suburbs. They were similar to pamphlets found a month ago in Midtown Columbus. The “hate-filled” flyers were reportedly found in several communities on Saturday in metro Atlanta, including Sandy Springs and Dunwoody. The literature drew a quick response from members of the […]
COLUMBUS, GA・2 DAYS AGO
WRBL News 3

COLUMBUS, Ga. (WRBL) — Scott Ressmeyer and the Miracle Riders are partnering with a class in the Department of Communication’s new graduate program at Columbus State University (CSU). Students will create a social media campaign to help spread awareness and raise funds for the Miracle Riders, which will support programs and services for local children […]
COLUMBUS, GA・1 DAY AGO
WRBL News 3

COLUMBUS, Ga. (WRBL) — UPDATE 2/7/2023 – The driver of the vehicle involved in the vehicular accident on Monday at Woodruff Farm Road and Corporate Ridge Parkway has died. 19-year old Levi Whitten, from Waverly Hall, passed away in the Grady Hospital ICU at 10:14 p.m. A person was taken to the hospital after a […]
COLUMBUS, GA・2 DAYS AGO
WRBL News 3

COLUMBUS, Ga. — Frazelma Lynn, a personal parenting coach from the local organization Parenting911, joined News 3 Midday on Wednesday to discuss the organization’s goals. Lynn provides ‘tips and treasures’ to enhance, elevate, and enrich parenting skills. She believes every child should have a wonderful childhood, and what’s not corrected could become a problem later […]
OPELIKA, AL・29 MINUTES AGO
WRBL News 3

COLUMBUS, Ga. (WRBL) — The Columbus Police Department released a statement on the brief lockdown some local schools underwent today. Read the statement in full below: “CPD responded to a domestic incident in which a man made threats toward his family and an unidentified school. The male subject has a history of mental illness and […]
COLUMBUS, GA・2 DAYS AGO
WRBL News 3

UPDATE 2/8/23 11:23 a.m.: On the scene, a WRBL News 3 Reporter saw several police cars as well as police tape. There were also yellow markers on the ground. As of 10:55 a.m., the scene was in the process of being cleared. Police say the shooting was non-life-threatening. There is one confirmed injury at this […]
COLUMBUS, GA・7 HOURS AGO
WRBL News 3

Carver Coach Continues To Honor Past During Baseball Rebuild

Columbus, Ga (WRBL) – The high school baseball season is just under ten days away. Carver head coach Michael Long is back leading the Tigers for his second season. This was once a program without direction for years, but now with Long’s leadership the team is excited for a new season. “It’s been fun. He’s […]
COLUMBUS, GA・2 DAYS AGO
WRBL News 3

COLUMBUS, Ga. (WRBL) — A single-vehicle motorcycle crash has claimed the life of Jeremiah Garcia. According to the Columbus Police Department (CPD), officers were dispatched to the scene of the crash on Milgen Road near Miller Road at 1:20 a.m. The cause of the crash is currently under investigation. WRBL News 3 will continue to […]
COLUMBUS, GA・1 DAY AGO
WRBL News 3

Front moves in Thursday bringing showers and a few storms

COLUMBUS, Ga. (WRBL) — A cold front will bring some showers to the region by early Thursday morning. As the front stalls out and daytime heating through the day Thursday a few storms will be possible by the afternoon and evening.  As the front remains stationary through Friday, heavy rain showers will move into the […]
COLUMBUS, GA・50 MINUTES AGO