'Succession' star Nicholas Braun reveals he's never been in a long-term romantic relationship: 'I do yearn for it and yet I'm incapable of it' 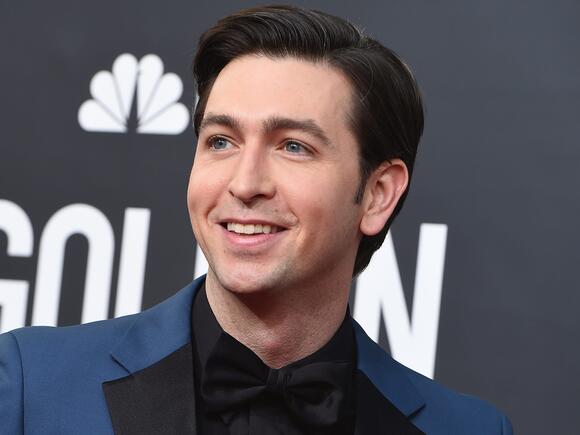 Nicholas Braun is, admittedly, not ready to settle down.

During an interview with The New York Times on Wednesday, the 33-year-old actor, best known for his role as Greg Hirsch on HBO's Emmy-winning series "Succession," discussed his off-screen romantic pursuits - and his reluctance to commit.

"I haven't really been in a long-term relationship, ever," Braun told the outlet.

He continued: "I do yearn for it and yet I'm incapable of it. I go toward it and then I hit a wall where I'm like, I can't go farther into this. I've got to exit."

Despite his current dating pattern, Braun remains optimistic, and patient, in regard to his love life.

"I do believe it'll happen at the right time with the right person," he said. "Until then, it's fun to meet people and see what works."

Braun previously told New York Magazine in June that he tends to overthink after meeting potential partners, a habit that's gotten in the way of his ability to form serious, lasting connections.

"I don't feel like I have power or leverage at all. I'm the one trying to get something, get a text back or get a call back or anything," he said, continuing, "I don't know how to cope with it, so I just kind of walk away from it. After a week of being obsessed and checking, 'Has anything come into the phone? Is there any sign?' I can't do it anymore."

Usually, he ends things early on "to maintain any self-confidence."

His first-hand experiences in the dating world have influenced his creative direction and caused him to become "fascinated by romance and courting another human," he told The New York Times.

The actor has written two scripts that fall into the romance genre, he said during his interview with New York Magazine . One of the projects is about a long-term relationship. The other follows a woman's stint on a competitive dating show.

Braun also released a song about dating during the pandemic titled "Antibodies (Do You Have The)" and is set to play the love interest in the adaptation of the viral New Yorker story "Cat Person."

A model who appeared on cycle 9 of "America's Next Top Model" said they were paid $38 per day. Sarah Hartshorne told the New York Post the allowance paid for food while Tyra Banks made millions. "They didn't even give us a microwave to heat the food up," Hartshorne said.
TV & VIDEOS・16 HOURS AGO
Insider

Seth Rogen said he was baffled that Adele put him in the front row for her 'One Night Only' special: 'I don't know Adele!'

Adele's "One Night Only" special was filmed at the Griffith Observatory in Los Angeles and was hosted by Oprah Winfrey.
CELEBRITIES・21 HOURS AGO
Insider

Warning: There are spoilers ahead for season one of "Gossip Girl" on HBO Max. Showrunner Joshua Safran spoke to Insider about bringing back stars from the original series on episode 10. Safran said there was "no convincing necessary" and the stars easily slipped into their characters. "Gossip Girl" showrunner Joshua...
TV SERIES・9 HOURS AGO

2021 ushered in popular shows with mind-blowing twists, shocking deaths, and unforeseen drama. "You" and "Mare of Easttown" took bloody turns that shook viewers to their cores. Warning: Spoilers ahead for popular shows like "You," "Ted Lasso," "WandaVision" and more. Il-nam's confession on Netflix's "Squid Game" left viewers reeling. On...
TV SERIES・13 HOURS AGO
Insider

Benedict Cumberbatch is a mean, mumbling cowboy in 'The Power of The Dog'

In his "West Side Story" update, Spielberg gives fans a more bilingual version of the movie with break-out star, Rachel Zegler.
MOVIES・19 HOURS AGO

Michael B. Jordan explains why he sees himself in Will Smith and his approach to Hollywood

In a new interview with The Hollywood Reporter, the actor said that he relates to the "King Richard" star's "enterprise approach" to his career.
CELEBRITIES・1 DAY AGO
Insider

Keanu Reeves said studio heads weren't "ready" for a trans character when "The Matrix" premiered in 1999. In 2020, director Lilly Wachowski confirmed the films were intended as an allegory for the closeted trans experience. It is unclear whether the upcoming film "The Matrix Resurrections" will feature trans characters. In...
MOVIES・1 DAY AGO
Insider

Eddie Mekka, who starred as the 'Big Ragu' on 'Laverne & Shirley,' dies at 69

Ed Sheeran got free cooking lessons in exchange for performing at Gordon Ramsay's daughter's party. Sheeran performed at Tilly Ramsay's James Bond-themed 18th birthday party in November 2019. The singer revealed he didn't want money but did have Ramsay teach him how to make beef Wellington. When Gordon Ramsay asked...
CELEBRITIES・15 HOURS AGO

The "Touch" singer began trending when people on Black Twitter started calling the Omicron virus variant by his name instead.
MUSIC・11 HOURS AGO
Insider

Actor Alec Baldwin claimed he never pulled the trigger in the fatal accidental shooting on the "Rust" set. An attorney for a "Rust" assistant director David Halls said her client backed up Baldwin's claim. Last month, a prop gun held by Baldwin discharged while rehearsing a scene for the upcoming...
MOVIES・9 HOURS AGO