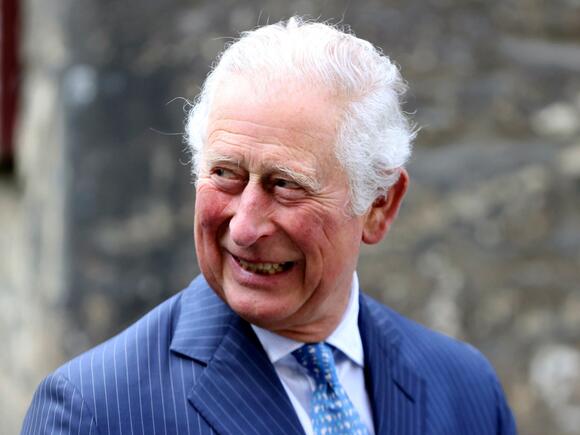 With all of the changes that are happening in the the royal family , there was bound to be some conversation about property and real estate. As Prince William and Kate Middleton consider moving their family closer to Queen Elizabeth II , Prince Charles seems to have some plans of his own for his current residence — Clarence House. And it looks like the home that would have initially gone to Prince Harry and Meghan Markle is being saved for the youngest generation of the royal family.

The Prince of Wales is reportedly considering bequeathing Clarence House to his eldest son’s children , according to Daily Mail . As Prince Harry and Meghan Markle seem settled in to their Montecito home and life , Clarence House is “now more likely to be saved for Prince George, Princess Charlotte, or Prince Louis,” the outlet reported. Of course, the home has a lot of sentimental value, especially for Prince Charles.

Clarence House was the home of the Queen Mother, who passed away in 2002. Prince Charles and Camilla, Duchess of Cornwall, have lived there for years. However, the “outdated decor is a turn-off for younger royals,” reports the Daily Mail. “No one is terribly fond of Clarence House because it’s still seen very much as the Queen Mother’s place.”

While the news might seem like a slight toward Harry and Meghan, the couple has clearly set their roots in California, and appear far more focused on continuing their philanthropic endeavors through their Archewell Foundation . As for Prince Charles, he reportedly intends to scale down the royal family’s properties and make the homes his family and ancestors have lived in more like museums — accessible to the public — per Daily Mail. Clearly, more changes are in store as the monarchy heads into the future.

Before you go, click here to see the 100 best photos of the royal family from the past 20 years. 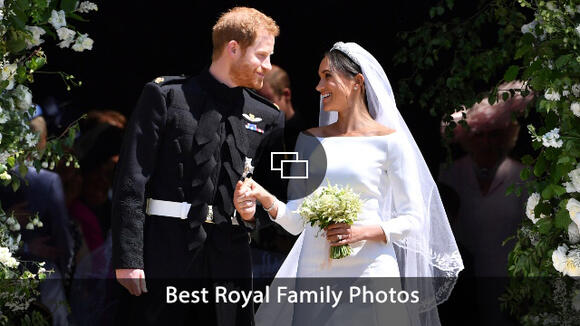 Keep Meghan Markle in your thoughts this week because she is going through something all parents struggle with at some point: a teething baby. The Duchess of Sussex, who will be appearing on The Ellen DeGeneres Show on Thursday, shared the latest milestone of her daughter, Lilibet “Lili” Diana, born June 4, with the talk show host, whom she calls “Auntie Ellen.”
11 DAYS AGO
SheKnows

It looks like another Christmas will pass without Prince Harry and Meghan Markle joining Queen Elizabeth at Sandringham. While it is understandable that the long journey (and likely negative U.K. press) makes it a tough time of year to make the trip, it does come on the heels of Prince Philip’s death in April, which might make this holiday a difficult one for everyone in the palace. A royal source told Page Six that planning a royal holiday involves a lot of “logistics,” so “they would have communicated it to their family by now” if they were flying overseas to celebrate....
CELEBRITIES・11 DAYS AGO
SheKnows

You’re never too young to enjoy a good book and the Sussex family knows it. Meghan Markle and Prince Harry love to read to 2-year-old Archie, and he’s a big fan of his mom’s children’s book The Bench, which the Duchess published in June, with her son in mind. An illustrated version of Archie appears in the book, along with little sister 5-month-old Lilibet and the family’s two dogs, Guy and Pula.
BOOKS & LITERATURE・10 DAYS AGO
DesignerzCentral

Every week, there seems to be more drama and breaking news about the royal family, and it’s shown no sign of stopping. Last year, one tabloid alleged Meghan Markle was pressuring Prince Harry to get a DNA test because she didn’t think Prince Charles was his real father. Gossip Cop is looking back at the narrative to see just how much of it was true.
CELEBRITIES・25 DAYS AGO

Members of the royal family understand all too well that their positions require a lot of traveling. This past week, Prince Charles and Camilla Parker Bowles journeyed to Jordan and Egypt as a part of their Autumn Tour, and the Duchess of Cornwall talked about the excitement of the trip, but also how traveling affects her and Prince Charles now that they're getting older.
CELEBRITIES・8 DAYS AGO
countryliving.com

The Crown is currently filming its upcoming season, and it looks like the show will potentially cover Princess Diana's Panorama interview with Martin Bashir, which was obtained unethically. According to The Daily Mail, The Crown is set to dedicate "an entire episode" of the upcoming fifth season to the interview, in which Diana spoke about her marriage to Prince Charles.
CELEBRITIES・29 DAYS AGO
hngn.com

According to a former aide, Princess Diana was the first to stray before Prince Charles began an affair with Camilla Parker Bowles. For decades, royal gossip has speculated that Prince Charles' first love was never the Princess of Wales, who was forced to suffer in silence for much of the time during his marriage to Princess Diana.
CELEBRITIES・3 DAYS AGO
Us Weekly

Just like dad! Meghan Markle and Prince Harry‘s son, Archie, is starting to bare a strong resemblance to the red-headed royal. The Suits alum, 40, shared a new photo of her eldest child, 2, during her Thursday, November 18, appearance on The Ellen DeGeneres Show. In the sweet snap, which doesn’t show Archie’s face, the little one’s fiery locks stand out as he strolls through his chicken coop at the family’s California home.
CELEBRITIES・10 DAYS AGO

Prince Harry Will Only Return to UK If Princes Charles, William Will Beg for It But Royals Won't, Source Says

Prince Harry may, reportedly, have been waiting for Prince Charles and Prince William to beg for his return following Queen Elizabeth's hospitalization. Since the monarch's doctors advised her to take things slow, Prince Charles and Prince William decided to step up on behalf of Her Majesty. Prince Harry could return...
CELEBRITIES・22 DAYS AGO
epicstream.com

Kate Middleton cried when Prince William canceled their holiday plans, according to a biographer. Kate Middleton and Prince William have been married for 10 years already. They celebrated their decade of love and marriage in April. However, things weren't that simple for the royal couple, especially before they got engaged.
CELEBRITIES・27 DAYS AGO
epicstream.com

Prince Harry was never allowed to talk about his scandals. Prince Harry is one of the most colorful characters in the British Royal family. Dubbed as "party boy" by many tabloids, the husband of Meghan Markle was snapped numerous times hanging his tongue out. Now, former royal reporter Peter Hunt...
5 DAYS AGO
enstarz.com

The 'New Princess Diana' Named But It's Not Meghan Markle, Kate Middleton or Sophie Wessex [REPORT]

The "New Diana" has been identified, and it is not any of the ladies who were first suspected. Meghan Markle, the Duchess of Sussex, and Kate Middleton, the Duchess of Cambridge, aren't. Sophie, Countess of Wessex, was not even one of them. Gavin Burrows, a private investigator, appeared on the...
CELEBRITIES・5 DAYS AGO

Prince Charles, reportedly, wants to become king once Queen Elizabeth abdicates. Prince Charles was dubbed “King in Waiting” for being the only person who waited so long to rule the British realm. Should Queen Elizabeth finally pass on the crown and power to her eldest son, the husband of Camilla Parker-Bowles would also be the oldest king to assume the British throne.
CELEBRITIES・15 DAYS AGO
epicstream.com

Prince Charles allegedly told Queen Elizabeth he's not ready to be king after years of waiting. Prince Charles previously broke records as the longest-serving “king in waiting.” And since he’s already in his 70s, the heir to the throne will also become the oldest king of Britain when he ascends the throne.
WORLD・12 DAYS AGO
FIRST For Women

Prince Harry and Meghan Markle welcomed their second child, Lilibet Diana, in June of this year but have never shared a photo of her publicly. Initially, fans hoped to see a snap of the newborn baby girl within days of her birth, as is fairly traditional for royal babies. But...
CELEBRITIES・12 DAYS AGO
Marie Claire

It’s not breaking news that the media has been terrible to Meghan Markle ever since she and Prince Harry got together. Sometimes the intense, often racist vitriol is the result of a rabid British tabloid press, frequently it’s because of just a few, hyper-focused Twitter trolls who are able to fuel worldwide ire—and sometimes the call is coming from inside the palace. But according to Harry’s ex-girlfriend, Florence St. George (née Brudenell-Bruce), there was bound to be intense scrutiny on anyone who threw their hat into the ring with Prince Harry.
CELEBRITIES・8 DAYS AGO

Family reunion? Prince William and Duchess Kate are set to travel to the United States for the first time since Prince Harry and Meghan Markle left the U.K. for her native country. However, it is “somewhat unlikely” that the Fab Four will all stay together at the Duke and Duchess of Sussex’s California home during the visit, according to royal expert Jonathan Sacerdoti.
CELEBRITIES・1 DAY AGO
enstarz.com

Prince Harry looks happier in the US than he felt when he was in the UK, a royal expert noticed. Prince Harry chose to start anew in the US with Meghan Markle and their two children, Archie and Lili. Though leaving the royal family means giving up most of the things he grew up with, the Duke of Sussex did not have any second thoughts in moving forward.
CELEBRITIES・12 DAYS AGO
People

Meghan Markle's New Photo of Archie Reveals How He Takes After Prince Harry — and Prince George!

Meghan Markle offered a new glimpse at her son Archie — and his "chick inn." As part of the Duchess of Sussex's appearance on pal Ellen DeGeneres' talk show on Thursday, Meghan shared a new photo of her 2-year-old son. Taken from behind (and showing off his reddish hair, just like dad Prince Harry!), the shot shows Archie standing in the family's chicken coop that was first seen during the couple's interview with Oprah Winfrey that aired in March.
CELEBRITIES・10 DAYS AGO
Daily Mail

BBC coverage of the Queen’s Platinum Jubilee next year could be hit by the row over the Corporation’s documentary series in which Prince William is accused of briefing the media against his brother. William has already banned the broadcaster from showing a charity carol concert to be hosted by wife...
ENTERTAINMENT・1 DAY AGO