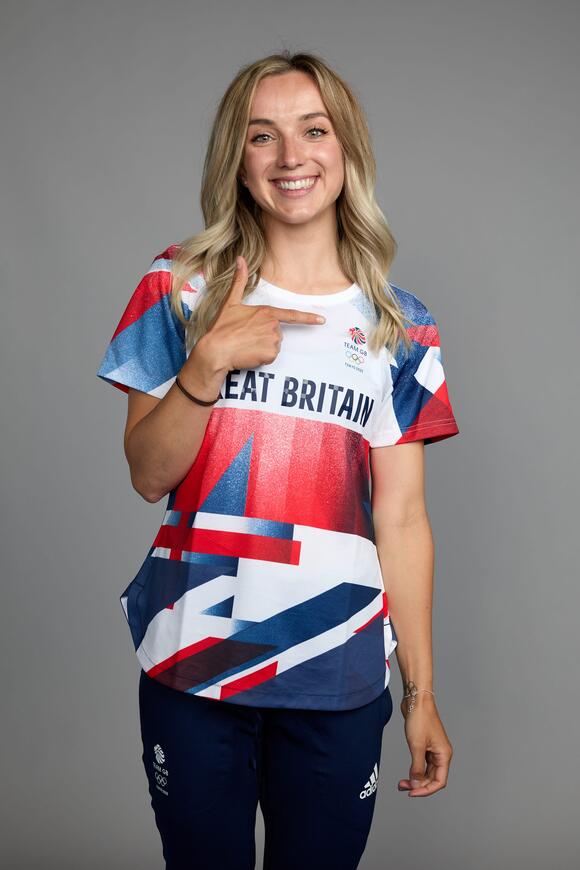 Elinor Barker is expecting her first child with her husband and the Olympian says she was pregnant during the Tokyo Games this past summer.

Barker, who competes for Great Britain, won a silver medal in the women's team pursuit track cycling event. The gold was won by Germany.

Barker made the announcement on social media this week, confirming on Instagram , "yep, I was pregnant at the Tokyo Olympics".

"We can’t believe how lucky we are and are so excited to start the next part of our lives together," she said on Twitter .

The 27-year-old was part of the team that won a gold medal at the 2016 Rio Olympics and is also a two-time world champion in team pursuit.

She revealed in 2019 that she suffers from endometriosis, a gynecological condition, which was so bad it almost made her quit the sport.

Katie Ledecky is back in action. The superstar swimmer returned to competition Wednesday (1 December) at the Toyota U.S. Open in Greensboro, North Carolina. It's the first competitive appearance for Ledecky since winning two gold and two silver medals at the 2020 Olympic Games in Tokyo, Japan. She was unsurprisingly...
GREENSBORO, NC・6 DAYS AGO
spectrumnews1.com

KENOSHA, Wis. — Many athletes competed in the 2020 Tokyo Olympics and among them was Wisconsin-native Molly Seidel. Seidel returned to the scene of one of her greatest high school victories at the Eastbay Cross Country Championships Midwest Regional at the University of Wisconsin-Parkside. “To come down for the race...
SPORTS・10 DAYS AGO
WKYC

OLMSTED FALLS, Ohio — Editor's Note: The above video is from previous reporting on Katie Nageotte's Olympic victory. Katie Nageotte has quite a lot to be thankful for. Months after capturing the gold medal in the pole vault at the Tokyo Olympics, the 30-year-old native of Olmsted Falls has announced her engagement to longtime boyfriend Hugo Moon.
OLMSTED FALLS, OH・12 DAYS AGO
teamusa.org

Kolohe Andino poses for a portrait during the Team USA Tokyo 2020 Olympics shoot on Nov. 20, 2019 in West Hollywood, Calif. Should she follow her dad and grandfather into the family business, expect to see Noelle Andino riding waves and topping podiums in the not-too-distant future. Surfer Kolohe Andino...
CELEBRITIES・1 DAY AGO