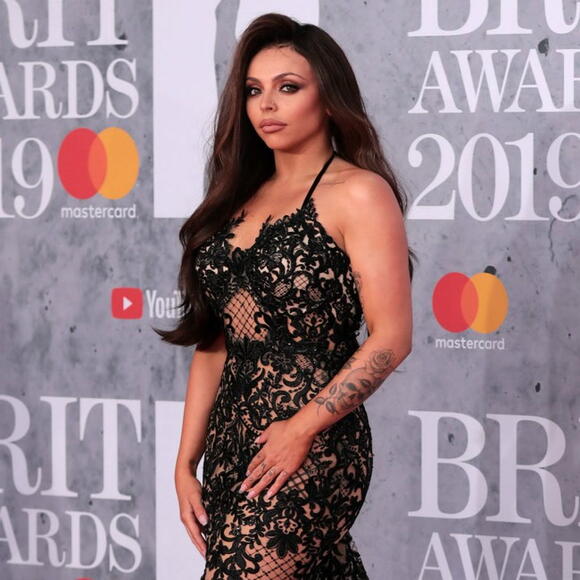 Jesy Nelson has reflected on her suicide attempt and said her mother begged her to quit Little Mix to protect her mental health.

The singer, 30, opened up on Fearne Cotton’s Happy Place podcast. Speaking about her attempt to take her own life, she said: “I went into hospital and then I had a music video like a week after...

“And obviously my mum found out and she was distraught and she was outright like, ‘This is it, you’re not doing this anymore.’ Because my mum’s the kind of mum that’s like, ‘Jes, we couldn’t give a s*** what you do as long as you’re happy. That’s all I care about.’

“So she was like, ‘No. This isn’t happening anymore. I’m putting my foot down and you’re coming out of this.’

“I didn’t know what to do at the time because it was the very early stages of Little Mix.”

Nelson was admitted to hospital after a suicide attempt in November 2013, which she has since said was due to the abuse she was receiving on social media.

Seven years later, Nelson, who joined the group after they formed on The X Factor in 2011, announced she had quit Little Mix in December 2020.

She is due to release her first solo single “Boyz” in the coming weeks.

In a recent interview, Nelson said that her decision to leave the group had not been a solo one and that her former bandmates – Perrie Edwards, Leigh-Anne Pinnock and Jade Thirlwall – had agreed with her exit.

If you are experiencing feelings of distress and isolation, or are struggling to cope, The Samaritans offers support; you can speak to someone for free over the phone, in confidence, on 116 123 (UK and ROI), email jo@samaritans.org, or visit the Samaritans website to find details of your nearest branch.

If you are based in the USA, and you or someone you know needs mental health assistance right now, call National Suicide Prevention Helpline on 1-800-273-TALK (8255). The Helpline is a free, confidential crisis hotline that is available to everyone 24 hours a day, seven days a week.

If you are in another country, you can go to www.befrienders.org to find a helpline near you.

Jade Thirlwall's bandmates rejected her idea to wear outfits from each "era" of Little Mix on tour. The 28-year-old pop star has recalled how the rest of the group - including Perrie Edwards and Leigh-Anne Pinnock, and formerly Jesy Nelson - outright said "no" to them getting dressed up in their old school attire from their time on 'The X Factor', which they won in 2011, including the "braces, bow tie and knee-high socks".
MUSIC・14 DAYS AGO
The Independent

Jade Thirlwall has said that Jesy Nelson quitting Little Mix was a “really tough experience”, and that she and her fellow bandmembers used therapy to help them process it. In the new issue of Gay Times, the pop singer suggested that it took some time for the news to sink in because they were in the middle of promoting their latest album, along with their BBC One show The Search.
TV SHOWS・11 DAYS AGO
arcamax.com

Little Mix struggled to deal with Jesy Nelson's exit from the band last year and have had therapy since to process what happened. The 30-year-old pop star quit 'The X Factor' winning group in December 2020 citing mental health struggles and now her former bandmate Jade Thirlwall, 28, has admitted the shock departure was hard for her, Perrie Edwards and Leigh-Anne Pinnock to come to terms with.
CELEBRITIES・7 DAYS AGO
musictimes.com

Is Jade Thirlwall the next Little Mix member to leave?. Jesy Nelsonannounced her departure from the band in December 2020, after several fruitful years with them. Despite rumors that the band is going on hiatus or perhaps disbanding, the wheels are in motion for each of them to become huge stars in their own right.
MUSIC・4 DAYS AGO

Beyoncé took social media by storm on Wednesday when she wore a plunging white gown in a new Instagram photo with husband Jay-Z. The singer's snap has racked up over one million likes in a matter of hours, and it's not hard to see why. The 40-year-old looked sensational in the figure-hugging gown, which she styled with a white fur coat and a yellow diamond necklace.
CELEBRITIES・26 DAYS AGO
blavity.com

Tiffany Haddish probably shared a little too much about her grooming habits on social media this week, prompting an avalanche of questions from her fans after she asked if anyone else regularly waxed off all of the hair on their "lady parts" following a break-up. "Before I cut all the...
MUSIC・10 DAYS AGO
NME

Will Smith has admitted his “heart shattered” when his son Jaden asked to be emancipated when he was a 15-year-old. The King Richard star opened up about the struggles his son faced after their 2013 film After Earth bombed commercially and critically, with Jaden enduring attacks from the media. Writing...
RELATIONSHIPS・21 DAYS AGO
US Magazine

Tough love! Dancing With the Stars’ Amanda Kloots and her partner, Alan Bersten, insist they have a “beautiful relationship” following their intense fight during rehearsals for Janet Jackson week. On the Monday, November 8, episode of the ABC reality competition series, viewers saw The Talk host, 39, accuse Bersten, 27,...
CELEBRITIES・20 DAYS AGO

Taylor Swift is looking back at her past romance with Jake Gyllenhaal, giving fans an extended version of ‘All Too Well’ from her album ‘Red (Taylor’s Version), hinting at the real reason for their breakup. This is not the first time Taylor revisits a past love, as...
CELEBRITIES・17 DAYS AGO
TVShowsAce

Victoria Beckham proved she's not too Posh to switch up her look in a sweet new photo from her romantic walk with husband David Beckham on Saturday. The Spice Girls star ditched her usual midi dresses and skyscraper heels in favour of a relaxed, androgynous look, twinning with the former footballer in matching flat caps. VB embraced the English country look for their weekend at their £31million Cotswolds abode, donning a tweed blazer and a chunky rollneck jumper.
CELEBRITIES・2 DAYS AGO
shefinds

Just When We Thought She Couldn’t Get Any Hotter, Hailey Bieber Wore This Bustier Slip Dress

Ashanti is our Lady of Soul at the 2021 Soul Train Awards. Presented by Normani, who paid homage to Ashanti’s unique blend of early 2000s girl-next-door meets around-the-girl aura, the “Happy” singer took the stage to accept her award. “I am so humbled and so blessed to be here—giving all praise to God. A lot of people thought that I wouldn’t make it this far […] some people may look at my journey and think it was easy. It was not,” she began. “My career has been filled with so many peaks and valleys and it definitely wasn’t easy. I’ve been blessed to...
MUSIC・1 DAY AGO
Hello Magazine

Tia Mowry meant business when she shared a very stylish video on Instagram and fans were falling over themselves for her fabulous fashion sense. The actress, 43, stunned her 9.4million followers with some savvy style statements we think you'll love. Tia clicked her fingers and transitioned between a chic, one-shouldered...
BEAUTY & FASHION・13 DAYS AGO
People

Shawn Mendes and Camila Cabello's relationship tapered off. A source tells PEOPLE that after more than two years together, the pop stars' bond simply couldn't stand the test of time. "It just wasn't a relationship that can move forward at this point," the insider says. "It seems the romance just...
CELEBRITIES・10 DAYS AGO
Hello Magazine

Kelly Ripa's mother is her twin in remarkable throwback photo - and you should see her hair!

Now we know where she gets it from. Kelly Ripa sent fans into a tailspin with a flick through her family album and one look at her mom and you'd think it was the TV star. The popular presenter shared a throwback photo of herself on Instagram as a young girl, sitting on her mom's knee and the resemblance is uncanny.
CELEBRITIES・2 DAYS AGO
romper.com

After much anticipation, Adele released her new album 30 on Friday, and single moms should be prepared. It’s an emotional roller coaster of monumental proportions. Particularly her song “My Little Love,” written in tribute to her 8-year-old son Angelo. This song includes voice notes the singer recorded when she was trying to explain her divorce from Simon Konecki to her son, and those voice notes in particular will strike deep at the heart of any single parent listening.
RELATIONSHIPS・10 DAYS AGO
The Independent

Comedian Katherine Ryan has said she is “disgusted” and “agitated” by the rumours circulating around Kim Kardashian and Pete Davidson’s apparent relationship.Ryan, who currently hosts ITV’s newest dating show, Ready to Mingle, told Metro that she was not convinced that Kardashian and Davidson aren’t playing a “trick” with their supposed romance.Speculation that Kardashian and Davidson could be dating has been mounting for weeks, after the Keeping Up With The Kardashians star met the comedian on the set of Saturday Night Live in October.The pair have been spotted at an amusement park together, were pictured together at Davidson’s birthday party,...
CELEBRITIES・21 HOURS AGO
Daily Mail

BBC coverage of the Queen’s Platinum Jubilee next year could be hit by the row over the Corporation’s documentary series in which Prince William is accused of briefing the media against his brother. William has already banned the broadcaster from showing a charity carol concert to be hosted by wife...
ENTERTAINMENT・2 DAYS AGO
Radar Online.com

Kelly Osbourne Spotted For First Time In Public Since Leaving Texas Rehab, Mom Sharon Stands By Her Side

Kelly Osbourne was seen for the first time in public since completing her seventh rehab stint after revealing she relapsed at the start of the year. The 37-year-old former reality star was spotted on a walk around Beverly Hills with her mother Sharon and two other female companions. Article continues...
TEXAS STATE・3 HOURS AGO