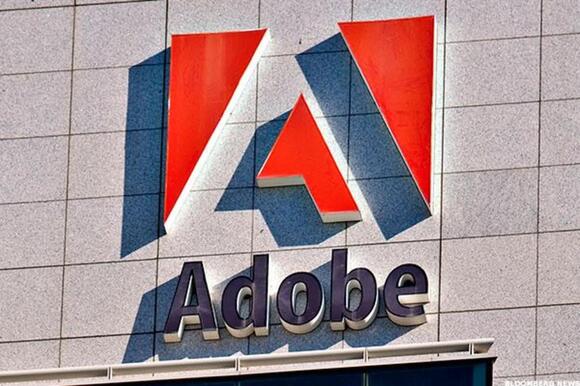 One of the companies that helped create the tools for people to use computers and the internet continues to be a leader in selling its iconic products to both businesses and consumers.

Few other enterprise software companies work in both the home and business arenas, Shantanu Narayen, president and CEO of Adobe (ADBE) - Get Adobe Inc. Report told Jim Cramer on a recent episode of the "Mad Money" TV show. Adobe has a strong presence in both areas. That's why Adobe has many A-list companies as customers, including Walmart WMT, PayPal PYPL and many more, he said.

After the appearance, Bruce Kamich took a fresh look at what the ups and downs of the market say about Adobe on Real Money. In spite of big gains, "Traders should continue to hold longs recommended back in June," Kamich wrote.

Dating from 1982, Adobe blazed the trail with programs like Photoshop, Illustrator, Acrobat and the creation of the PDF. Narayen told Cramer that Adobe's current vision is to allow companies to engage directly with their customers, whether that be through a digital presence, data and analytics, content, or commerce.

Throughout the pandemic, companies have been creating more content and documents with Acrobat and expanding their digital presence with increased digital commerce, he said, all of which plays to Adobe's strengths. Adobe stock, which sold for less than $1 per share at one time in the 1980s, has been on an steady upward climb since 2016, passing $660 per share in mid September, before falling at the end of last month as part of a general market decline.

As companies make their digital transformations, they need a playbook for success and Adobe provides them with that roadmap.

How to Align Product, Marketing and Sales Goals

Tech companies often face challenges when specific departments are not getting what they want.
ECONOMY・17 HOURS AGO
MarketWatch

EQONEX To Present At The Sidoti December Virtual Micro Cap Conference On December 8, 2021

TAINAN, Taiwan, Dec. 03, 2021 (GLOBE NEWSWIRE) -- Himax Technologies, Inc. (Nasdaq: HIMX) ("Himax" or "Company"), a leading supplier and fabless manufacturer of display drivers and other semiconductor products, today announced that its Chairman Dr. Biing-Seng Wu intends to use his personal funds to purchase up to approximately $10 million of the Company's American Depositary Shares ("ADSs") in the open market, subject to market conditions and other factors.
BUSINESS・7 HOURS AGO
TheStreet

SANTA CLARA, Calif., Dec. 03, 2021 (GLOBE NEWSWIRE) -- Ambarella, Inc. (AMBA) - Get Ambarella, Inc. Report, an AI vision silicon company, today announced it is hosting a Capital Markets Day and is providing registration information for both in-person attendance as well as a live webcast of the investor event. It will be held on Tuesday, January 4, 2022 from 1:00pm to 4:30pm (Pacific ) at Ambarella's CES 2022 hotel location in Las Vegas.
BUSINESS・6 HOURS AGO
TheStreet

Investors could rotate back toward these "pandemic" plays soon.
STOCKS・1 DAY AGO
The Motley Fool

Which E-Signature Company Is the Better Buy?

E-signatures have changed the way contracts are done. Investors should take note.
MARKETS・4 HOURS AGO
The Motley Fool

A Best In Breed Digital Advertising Company For A Changing Market

The advertising market is changing from traditional media buys to programmatic, targeted omnichannel marketing. The Trade Desk is at the forefront of this market shift.
MARKETS・3 HOURS AGO
The Motley Fool

Zoom, Twilio, and Other Cloud Communications Stocks Are a Buy for 2022

The cloud communications industry is a crowded but fast-growing industry.
MARKETS・3 HOURS AGO

2 Tech Stocks To Buy If The Market Crashes

These are two of the world's most high-quality businesses that investors should be ready to scoop up during future stock market carnage.
STOCKS・5 HOURS AGO
TheStreet

AnyClip Launches Their Zoom Connector App - Enabling Companies To Use AI To Upload, Store, Analyze And Manage Zoom Recordings Across Their Business

Life without these companies' products will be hard to imagine.
STOCKS・3 HOURS AGO
TheStreet

Prospecting In The Digital Hybrid Age

OWINGS MILLS, Md., Dec. 3, 2021 /PRNewswire/ -- Salespeople live in a world where customers are increasingly reliant on digital communication tools, protective of their time and attention, and hard to reach voice-to-voice. In 21 st CENTURY PROSPECTING: The Authoritative Playbook For New Business Development, published by www.Sandler.com, consultants John Rosso and Mark McGraw show how to harness digital resources to create opportunities to engage in a real-time conversation with prospects.
ECONOMY・41 MINUTES AGO
TheStreet

LOS ANGELES, Dec. 3, 2021 /PRNewswire/ -- Platinum Equity announced today that the previously announced sale of Orbit Irrigation to Husqvarna Group in a transaction valued at approximately $480 million has been completed. Orbit, based in Salt Lake City, Utah, has approximately 300 employees and generates over 95% of its...
BUSINESS・57 MINUTES AGO
Benzinga

How to Do Sales Forecasting in a Product-Led Business

Derek Skaletsky has developed a framework to combine sales-led and product-led efforts in a single forecast. Derek has developed an approach to forecasting sales using both models. The framework is based on a hybrid approach to forecast sales. The key to the two forecasting methodologies: Sales-led forecasting and Product-led growth models. We will explore the differences between the two methods in this post. The most significant difference between these two forecasting methods is the LIKELIHOOD TO CLOSE model, which is a hybrid model.
MARKETS・1 DAY AGO