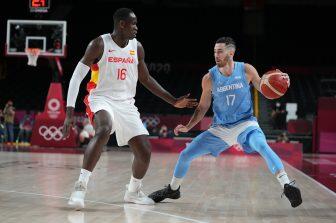 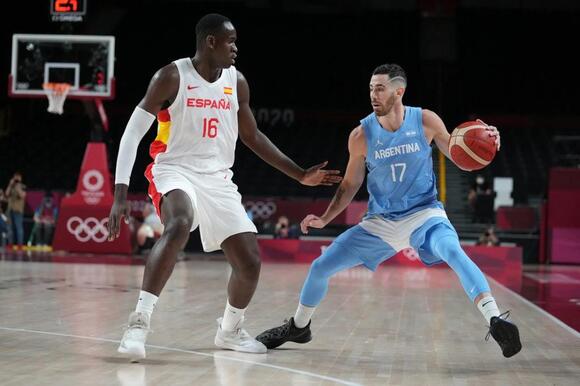 Argentine point guard Luca Vildoza, signed by the New York Knicks amid fanfare in May, was waived Sunday by the team.

Vildoza signed a four-year, non-guaranteed deal worth a reported $13.6 million on May 6. One of Europe’s premier playmakers, the 26-year-old Vildoza was expected to be one of the top free agents available after the 2020-21 season.

ESPN reported then that the Knicks had both the salary-cap room and the open roster space needed to get a jump on the competition and sign him at that point instead of waiting.

New York reportedly negotiated a buyout with his team, Baskonia to acquire the 6-foot-3 Vildoza. He led the team to a championship and was named MVP of the 2020 Spanish ACB finals. 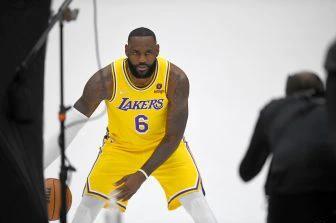 He appeared in two summer league games in Las Vegas and was held scoreless.

Internationally, Vildoza helped Argentina win a gold medal at the 2019 Pan American Games and silver medals at the 2019 FIBA Basketball World Cup and 2017 FIBA AmeriCup. He also played for Argentina at the 2020 Tokyo Olympics. Argentina finished in seventh place.

The Indiana Pacers (6-8) are in the "Big Apple" Monday for a 7:30 p.m. ET tip-off with the New York Knicks (7-6) at Madison Square Garden. Below, we look at the Pacers vs. Knicks odds and lines, and make our expert NBA picks, predictions, and bets. Indiana has won three...
NBA・12 DAYS AGO
FanSided

New York Knicks: Kemba Walker is not to blame for defensive issues

There is a perception that Kemba Walker is the primary player responsible for the New York Knicks’ defensive issues this season. Stefan Bondy of the New York Daily News pointed out on November 11th that the team was getting outscored by 66 points when Walker was on the floor. Bondy...
NBA・13 DAYS AGO

3 Bad habits the New York Knicks have to avoid

The New York Knicks seem to be falling into similar habits that they have had since the days of Carmelo Anthony. The Knicks continue to do the same little things that cost them games despite coaching changes, roster changes, and a winning season. Now every team, including the best teams,...
NBA・13 DAYS AGO
FastBreak on FanNation

What? The New York Knicks Are Still Paying This Player

The New York Knicks are still paying former All-Star center Joakim Noah. He has not played for the team since 2018.
NBA・11 DAYS AGO
NBA Analysis Network

The New York Knicks look like a team that is very capable of building upon the success that they had during the 2020-21 NBA season. New York was one of the biggest surprises, going 41-31 and earning home-court advantage as the No. 4 seed in the Eastern Conference. New York...
NBA・9 DAYS AGO
elitesportsny.com

Will the real New York Knicks please stand up?

The New York Knicks of last season are nowhere to be found. There will be no New York Knicks Player of the Week today, and we all know why. What the hell happened? The greatest city in the world started coming back last year and so did Knicks basketball with it.
NBA・12 DAYS AGO

The New York Knicks will host the Indiana Pacers at Madison Square Garden in New York City on Monday night, and before the game the Knicks posted several photos to their Twitter account. The post from the Knicks can be seen in a tweet that is embedded below. Coming into...
NBA・12 DAYS AGO
NBA

Over the course of the NBA season, there are some games you’d like to remember and others you hope to forget. The Orlando Magic (3-11) will be searching for an encore performance of their last visit to Madison Square Garden when they go head-to-head with the New York Knicks (8-6) on Wednesday at 7:30 p.m. ET.
NBA・10 DAYS AGO
FanSided

The New York Knicks seemingly undid three quarters of hard defensive work with a quick spurt. Alec Burks got free and was firing away as the Knicks erased a 10-point deficit and built a six-point lead of their own. For an Orlando Magic team that has rarely played in close...
NBA・9 DAYS AGO
Yardbarker

The New York Knicks are still paying former All-Star center Joakim Noah. He has not played for the team since 2018. View the original article to see embedded media. The New York Knicks are 8-6 this season, and coming off of a season in which they made the postseason for the first time in seven years.
NBA・10 DAYS AGO

The New York Knicks have had an indifferent start to this NBA season. After initially boasting about having a 5-1 record and sitting at the top of the Eastern Conference, they have dropped a few spots, and now have a record of 7-6. They have managed to beat strong contenders...
NBA・13 DAYS AGO
Sports Illustrated

The New York Knicks (7-6) hope to stop a three-game home losing streak when they host the Indiana Pacers (6-8) on Monday, November 15, 2021 at 7:30 PM ET. Want to stream this game live? We've got all the info you need to watch this game, including on FuboTV. How...
NBA・12 DAYS AGO
Sportsnaut

The New York Knicks suffered a terrible loss to the Orlando Magic on Wednesday night at Madison Square Garden. The Magic have four wins on the NBA season and two of them have come at MSG against the Knicks. If there was any positive to take away from the loss...
NBA・9 DAYS AGO

Caesars Sportsbook was recently announced one of the nine sportsbooks that received a sports betting license in New York, and now they have some big plans for operation in the state. Caesars Sportsbook will enter the soon-to-open New York betting market behind a sweeping MSG deal that includes sponsorship of...
LIFESTYLE・9 DAYS AGO
Yardbarker

I think that the New York Knicks should go out and sign LiAngelo Ball. The Knicks are going to be a playoff team and there is absolutely no downside. View the original article to see embedded media. The New York Knicks defeated the Houston Rockets 106-99 in Texas on Saturday...
NBA・5 DAYS AGO
FanSided

New York Knicks: Lineup changes are not the solution

There is a perception around the league that the New York Knicks should insert Alec Burks into their starting lineup. Mike Vaccaro of the New York Post stated that the team should start Burks over Evan Fournier, partly due to his better shooting statistics. Vaccaro feels that Burks’ current three-point...
NBA・7 DAYS AGO