‘He Had Us Practicing Every Single Day’: Azriel Clary Says R. Kelly Coached Her For Gayle King Interview 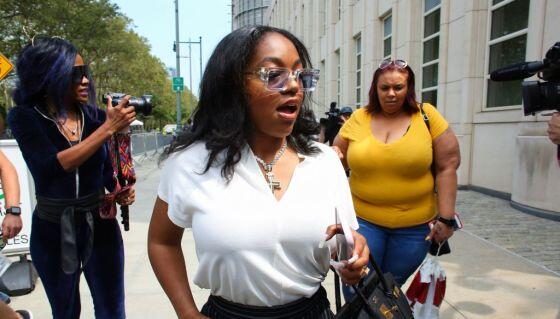 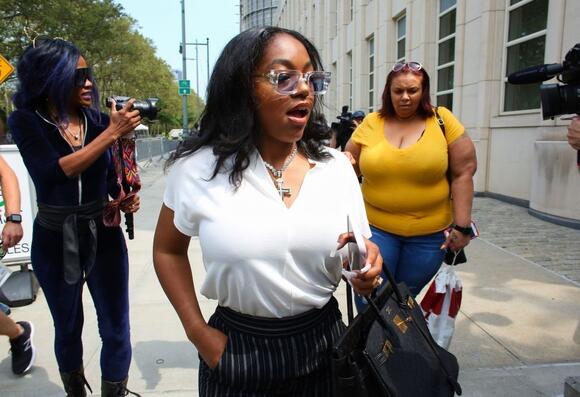 Back in 2019, Azriel Clary went on CBS News and infamously stood by her then-abuser R. Kelly . Throughout the interview she was hostile, aggressive, sobbing and adamantly denied that Kelly was the serial rapist that he was portrayed to be in the media. Earlier this week, Clary sat down with King again and admitted everything she said was a lie and that Kelly had coached her on how to handle the interview. She said Kelly told her and Joycelyn Savage to be angry and upset.

“Before that interview, you know, he had us practicing every single day,” she told King. “Answering questions and if he didn’t like our answers, he would tell us exactly what to say and how to say it.”

Clary, 23, said after the interview Kelly was happy with their performance and even wanted to celebrate.

“He was, like, ‘You guys did amazing. You know, you did so well. You carried yourself so well.’ I believe he even, like, got food and wanted to celebrate. That’s how happy he was with that interview. And I was just there, like, ‘Wow.'”

She said Kelly even believed that he had done well during his sit down with King. Clips from the interview had gone viral due to Kelly unraveling, crying and screaming that he was innocent.

“Truthfully, I think he believed that he had done well,” Clary recalled. “He felt like he had really made a great reflection of himself and where he was in life and how all these women were lying on him and how all these people were just, you know, out to get him. And, you know, that sympathy card that he just loves so much.”

Clary, who met Kelly when she was 17, was also one of his victims who testified in the Brooklyn federal trial last month. Kelly was found guilty on all charges including racketeering, kidnapping, sex trafficking and violating the Mann Act. Clary told King that “it was very disturbing to have to relive those moments.”

“A piece of me was happy because I felt like this person no longer has control over me, you know? You don’t tell me what to do and what to wear and where to go and how long to be in a room anymore.”

Clary left Kelly in 2019, seven months after her first interview with King. She said after she spoke to her, she had a moment of enlightenment.

“It kind of made me kind of wake up in a sense, and realize, ‘Why am I acting like this? Why am I putting myself through all of this misery? Why am I exploiting myself for a man who has me in this position in the first place, you know?’ And I really had to come to terms and, you know, realize that it wasn’t love. Love doesn’t hurt, you know?”

King went on to say that Clary is in therapy but still lives in fear and receives death threats from R. Kelly supporters.

Watch the full interview below.

Definitely a lie. They booked the interview with him the next day after calling She really meant to say the prosecution had her practicing her lies every day before going to court.

The Senate on Wednesday voted to nix President Biden ’s vaccine mandate for larger businesses, handing Republicans a symbolic win. Senators voted 52-48 on the resolution, which needed a simple majority to be approved. Democratic Sens. Jon Tester (Mont.) and Joe Manchin (W.Va.) voted with Republicans, giving it enough support to be sent to the House.
CONGRESS & COURTS・6 HOURS AGO
The Associated Press

Talks on Ukraine would pose challenge of their own for Biden

WASHINGTON (AP) — President Joe Biden said this week the U.S. would take a more direct role in diplomacy to address Vladimir Putin’s concerns over Ukraine and Europe at large, part of a broader effort to dissuade the Russian leader from ordering a destabilizing new invasion of Ukraine.
POLITICS・2 HOURS AGO
The Hill

Former Trump White House chief of staff Mark Meadows is suing Speaker Nancy Pelosi (D-Calif.) and the House committee investigating the Jan. 6 attack on the U.S. Capitol as he faces a likely contempt referral for refusing to cooperate with the panel. In a civil complaint filed Wednesday afternoon, Meadows's...
CONGRESS & COURTS・9 HOURS AGO
The Associated Press

MINNEAPOLIS (AP) — Prosecutors building their case against a suburban Minneapolis police officer who killed Black motorist Daunte Wright repeatedly played body-camera video of the fatal shooting, with the officer heard shouting “Taser!” and then collapsing in wails of “Oh my God!” after she had instead fired her handgun.
MINNEAPOLIS, MN・2 HOURS AGO

Dec 8 (Reuters) - BioNTech and Pfizer (PFE.N) said on Wednesday a three-shot course of their COVID-19 vaccine was able to neutralise the new Omicron variant in a laboratory test, an early signal that booster shots could be key to protection against infection from the newly identified variant. The German...
MEDICAL & BIOTECH・13 HOURS AGO
NBC News

CHICAGO — A jury began deliberations Wednesday in the trial of former “Empire” actor Jussie Smollett on charges he staged an anti-gay, racist attack on himself nearly three years ago then lied to Chicago police about it. The deliberations began after a roughly one-week trial in which...
CHICAGO, IL・8 HOURS AGO
ABC News

Tiger Woods and his 12-year-old son, Charlie, will play in a family golf tournament next week. Woods' return to golf comes less than a year after he was injured in a car crash.
GOLF・8 HOURS AGO

Canada joins US and allies in Beijing Olympics boycott

Canada is joining the United States, the United Kingdom and Australia in a diplomatic boycott of the Beijing Winter Olympics over human rights concerns
POLITICS・8 HOURS AGO
CBS News

Scott Peterson, convicted of killing his wife and unborn child, re-sentenced to life in prison without parole

This story originally appeared on CBS San Francisco. Scott Peterson was re-sentenced by a San Mateo County Superior Court judge on Wednesday to life in prison without parole for the 2002 slaying of his wife and the couple's unborn son, Connor. The now 49-year-old has spent nearly two decades on death row for the crime.
MODESTO, CA・11 HOURS AGO