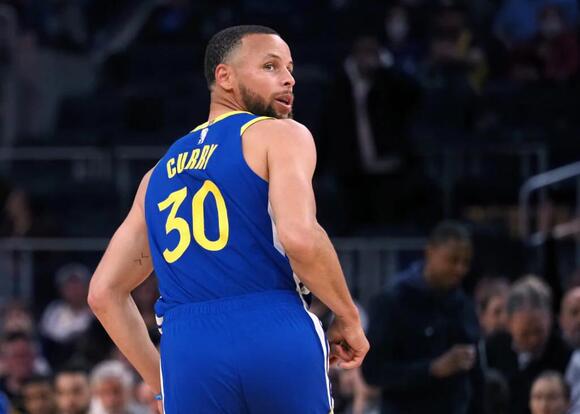 With the 2021-22 NBA playoffs in full swing, basketball fans are proudly sporting their jerseys as they pack arenas around the nation. There are many great choices to choose from but which are the top-selling NBA jerseys?

The NBA revealed its top sellers from the 2021-22 regular season and some of the names might surprise you. You can find the full list counted down in reverse listed below.

If you’re shopping for a new jersey, luckily there are plenty of stars in the NBA to pick from, both from the current era and obviously from the past. The top-selling jersey list features a mix of legends of the past to go with a few current stars. And at the very bottom, you’ll find a complete list of each team’s top-selling NBA jerseys.

As if there were still some observers on the fence about Kyrie Irving, he eliminated any potential doubts about his abilities by dropping 60 points while shooting 64.5% from the field on March 15. Now that he’s been cleared to play home games again at the Barclays Center, Irving’s jersey only figures to gain popularity as the season goes on.

He can do it all, whether it’s hopping on his pogo stick to block shots or on the other end, breaking down defenders as he gets past them for the acrobatic slam, Ja Morant is must-see TV.

Entering the NBA as the third overall pick as a 19-year-old, it only took Luka Doncic one season to become an All-Star, leading the Dallas Mavericks to the playoffs. He’s the only player to have 20 or more triple-doubles by the age of 21 and is among the most popular players in basketball.

The biggest, best young superstar in basketball, Giannis Antetokounmpo came into the NBA in 2013 as a raw player with an undeveloped skillset and has since taken the league by storm. It’s tough not to root for a player such as the ‘Greek Freak’. 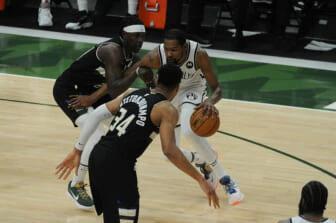 As the lead building block for the Philadelphia 76ers, Joel Embiid is one of, if not the best center in the NBA . He routinely puts up gaudy numbers while carrying Philly to the playoffs each year. Yeah, he’s a fan favorite.

Respect the Process: Get your Joel Embiid jersey 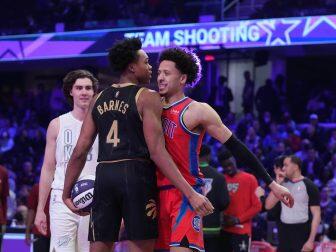 Also Read:
NBA Rookie of the Year 2022: Scottie Barnes a lock to win the award

One of the best young scorers in the NBA, Jayson Tatum draws plenty of fanfare playing in Boston. The scary part is he’s still improving with experience. Based on the data, Tatum’s jersey is one of the most popular in sales.

Related: NBA Power Rankings: Suns and Heat ahead of pack heading into the playoffs

Some may view him as a trader, but Kevin Durant is one of the greatest basketball players of our generation. Dominant in three different organizations, the Slim Reaper has one of the best, cleanest shots in the league. The four-time scoring champ has millions of fans, so it’s no surprise to see KD35 as a top seller. Easy Money.

Can’t get enough of Durantula? Get your Kevin Durant jersey today 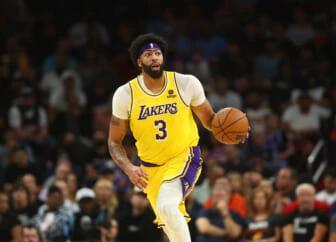 How great is Stephen Curry? He single-handedly changed the game of basketball. Curry’s limitless range, insane accuracy, and willingness to let it fly from three-point land have made him the greatest shooter of all time. Of course fans want to buy Curry’s NBA jerseys.

Any time a star player of James Harden’s caliber changes teams, it causes a frenzy of jersey sales. That’s no different with The Beard, who’s seen his 76ers uniform quickly become one of the most popular versions around. 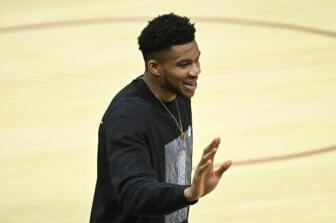 Making 6 just as popular as 23 these days, it’s hard to find any basketball player who has as much as pull as LeBron James has. LBJ isn’t always the most well-liked, and signing with the Los Angeleles Lakers likely hasn’t helped, but the basketball icon is still No. 1 among top-selling NBA jerseys. 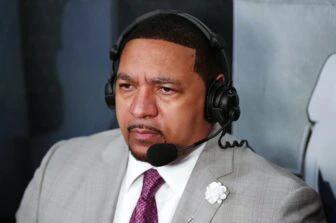 Top-selling NBA jerseys for all 30 teams

If your favorite player wasn’t represented in the top-ten selling NBA jerseys, you’ll find them listed below.

If the Boston Celtics are going to tie up their Eastern Conference Finals series against the Miami Heat, they’ll have
BOSTON, MA・1 DAY AGO
Sportsnaut

Despite trading C.J. McCollum back in February, the Portland Trail Blazers are not expected to go into full-scale rebuild mode.
PORTLAND, OR・1 DAY AGO
Sportsnaut

The Miami Heat are attempting to take a 3-1 series lead on the road in Game 4 of their Eastern
BOSTON, MA・1 DAY AGO
Sportsnaut

Milt Wagner, a former star guard at Louisville and the grandfather to top recruit D.J. Wagner, was announced Tuesday as
LOUISVILLE, KY・1 HOUR AGO
Sportsnaut

Don't want to miss a single game during the NBA Playoff's? Check out these streaming services for all the action.
NBA・6 HOURS AGO
Sportsnaut

Even without Jimmy Butler (knee) in the mix for the second half, the Miami Heat were able to take out
MIAMI, FL・2 DAYS AGO
Sportsnaut

Veteran forward Otto Porter Jr., who has played significant minutes as the Golden State Warriors have built a 3-0 lead
NBA・7 HOURS AGO
Sportsnaut

Miami Heat star Jimmy Butler is listed as questionable for Monday’s Game 4 of the Eastern Conference finals after missing
MIAMI, FL・2 DAYS AGO

It will be the Miami Heat’s chance to turn the tables in the Eastern Conference finals when they play host
BOSTON, MA・2 HOURS AGO
Sportsnaut

Purdue’s Jaden Ivey is among the sharpest prospects in the 2022 NBA Draft. He’s electric off the dribble, can serve
NBA・7 HOURS AGO
Sportsnaut

After a major step-back in 2021-2022, the New York Knicks will certainly hope to get an impact player with the
NEW YORK CITY, NY・5 HOURS AGO
Sportsnaut

Few players have put themselves on the map like Jalen Brunson has for the Dallas Mavericks during their playoff run.
DALLAS, TX・1 DAY AGO
Sportsnaut

Mavs favored to stave off elimination against visiting Warriors

Luka Doncic and the Dallas Mavericks are up against it in their Western Conference Finals series against the Golden State
DALLAS, TX・5 HOURS AGO
Sportsnaut

As more time passes, it seems that the Phoenix Suns and Deandre Ayton agreeing to a new long-term max contract
PHOENIX, AZ・7 HOURS AGO