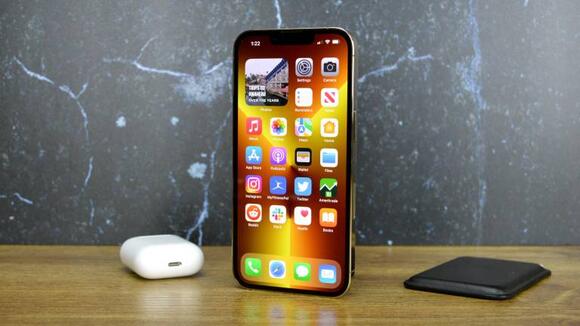 It’s been less than a week since Apple launched the iPhone 13 , but the company is already struggling to meet demand. According to a new report from Nikkei Asia , COVID cases in Vietnam are limiting the capacity of manufacturers. As a result, iPhone 13 delivery times are slipping.

For the first time, Apple brought sensor-shift stabilization to every new model of its iPhone lineup. The iPhone 13, iPhone 13 mini, iPhone 13 Pro, and iPhone 13 Pro Max all feature sensor-shift optical image stabilization. In 2020, the technology was only available on the iPhone 12 Pro Max. Bringing it to every model has reportedly put a strain on Apple’s suppliers. Mix in a fresh wave of COVID-19 cases across the region, and you can see why Apple is having trouble making enough new phones.

Amid all of the chaos, suppliers are trying to boost production without sacrificing build quality. They also have to work around increasingly harsh pandemic restrictions as case counts rise. Here’s what one executive with direct knowledge of the situation told Nikkei Asia :

Assemblers can still produce the new iPhones, but there’s a supply gap [in] that the inventories of the camera modules are running low. There’s nothing we can do but to monitor the situation in Vietnam every day and wait for them to ramp up the output.

Unsurprisingly, early demand for the iPhone 13 series appears to be rather high. While the iPhone 12 featured a minor design refresh, the iPhone 13 introduces a number of new features. These include 120Hz displays, better cameras, and significant improvements to battery life.

When will Apple’s situation improve?

Nikkei’s sources are cautiously optimistic that Apple could get back on track by mid-October:

The situation may improve as soon as around mid-October as production at one of the key iPhone camera module manufacturing facilities in southern Vietnam has gradually resumed in recent days after several months of on-and-off disruption, another executive familiar with the situation told Nikkei.

So far, key iPhone assemblers Foxconn, Pegatron and Luxshare have not yet been significantly affected by the power cuts, Nikkei learned. But still unknown is the scope of a potential chain reaction from production halts at the makers of materials, components, modules and parts.

In the meantime, don’t expect an iPhone 13 to ship to your door any time soon. At the time of writing, delivery times for the iPhone 13 are sitting around October 22nd – October 25th. As for the iPhone 13 Pro, if you ordered one today, it wouldn’t come in until at least November 1st.

Samsung will update these Galaxy devices to Android 12

Android 12 is still a very new version of the platform, but Samsung is launching the update for its Galaxy devices less than a month after Google’s own Pixel phones. More devices will be updated over the coming months, and Samsung has confirmed a preliminary list of devices that will be updated.
CELL PHONES・17 DAYS AGO
inputmag.com

The absolute best phones under $200

The next generation of smartphones is here. Between the recently released iPhone 13 and Pixel 6, and the slightly older Samsung Galaxy S21, there’s some serious firepower in the mobile phone game right now. But is it really worth dropping nearly $1,000 on a new phone every year just to stay up to date? While there are worthwhile upgrades coming out year after year, it really isn’t a big deal to hold back a couple of generations to save money or find a cheaper option altogether.
CELL PHONES・27 DAYS AGO
Business Insider

In an email, Elon Musk pushed staff to focus on cutting costs of delivering vehicles, rather than spending heavily on expedite fees, CNBC reported.
INDUSTRY・4 DAYS AGO
techxplore.com

Apple delays launch of driver's licenses on iPhones until next year

Apple is delaying the launch of a feature allowing iPhone owners to keep their driver's license or identification on their smartphone. According to the website for iOS 15, Apple notes the ability to add ID cards to the Wallet app on iPhones will launch in early 2022. When the feature...
CELL PHONES・8 DAYS AGO

iPhone 14 Could Come With Support For WiFi 6E

For the past couple of iPhone generations, Apple has included support for WiFi 6. However, that could change with the iPhone 14 because according to analyst Ming-Chi Kuo, he believes that Apple could equip the upcoming handset with support for WiFi 6E. So, what does this mean for users? For...
CELL PHONES・14 DAYS AGO
Woman's World

Turning This iPhone Setting On Could Alert You To An Emergency

Have you ever been worried that you won’t know immediately if something goes wrong in your home? At one point or another, we’ve all accidentally left the sink running or forgotten to turn an appliance off. Fortunately, Apple has a fix for that: iPhone Sound Recognition. This useful feature uses...
CELL PHONES・8 DAYS AGO
TechRadar

Despite the publicity overdrive that accompanied the unveiling of its S1 and S1 Pro electric scooters, Ola Electric has been unable to stick to its delivery timeline as the ongoing chip shortage seems to have hit it hard. Ola, which was supposed to begin the delivery of the first batch...
BICYCLES・9 DAYS AGO

Rumor Has It Rivian Will See More Production Delays

Rivian may be experiencing more production delays. Maybe this is why it now apparently has a delivery-time estimator on its build site?. One forum user is hearing rumors that production has been delayed again, though he/she also notes that customers are being told that builds could happen in November, which is *checks notes*, this month.
CARS・8 DAYS AGO
insideevs.com

Now that the R1T is under production, Rivian can focus on bringing the R1S SUV to market—at least in an ideal world. The last time the EV startup provided an update, the R1S was supposed to enter production at the Normal, Illinois plant in December 2021, with the first deliveries expected in January 2022.
CARS・8 DAYS AGO
New York Post

Amazon-backed electric vehicle maker Rivian has started notifying customers who have reserved the R1S SUV of delivery delays, media outlets reported on Wednesday. Its shares fell 4.5% to $114.31 in afternoon trade. The company had earlier said R1S would begin production at the Normal, Illinois plant in December, with the...
ECONOMY・7 DAYS AGO
Crain's Chicago Business

Rivian is warning customers who have reserved its R1S SUV of delivery delays, industry publications Electrek and InsideEVs report. Rivian stock fell 3.7% to $115.30 in afternoon trading. The EV maker had earlier said R1S would begin production at its plant in downstate Normal in December, with the first deliveries...
CHICAGO, IL・7 DAYS AGO
teslarati.com

Rivian is delaying future deliveries of the R1T all-electric pickup and R1S all-electric pickup SUV until 2022. Rivian is an electric vehicle startup based out of Normal, Illinois, and founded by CEO RJ Scaringe. Rivian has made plenty of noise in the electric vehicle space over the past few years after developing the R1T, signing a massive partnership with Amazon for all-electric delivery vehicles, and recently due to the first deliveries of its vehicles and IPO, which gave it a stratospheric valuation.
ECONOMY・8 DAYS AGO
Entrepreneur

High-end laptops are notoriously expensive, so a tablet can be a great alternative. They boast a whole host of benefits, including being extremely lightweight, having a myriad of apps available and often boasting performance that matches that of a computer.But some tablets are inevitably more expensive, particularly models from coveted brands. Case in point: Apple’s iPads. Apple’s first tablet, which launched in 2010, arguably led the way in terms of creating a portable device that could stream television and double up as a laptop.They’ve managed to become one of the most popular tablets regardless, but their eye-watering price tag is...
TECHNOLOGY・1 DAY AGO
Popular Science

The most innovative gadgets of 2021

It's the Best of What's New. AppleChips from some of the world’s biggest tech companies shined through supply chain woes to both earn spots among this year’s Best of What’s New.
ELECTRONICS・1 DAY AGO
9to5Mac

TSMC begins pilot production of 3nm chips, could be used in 2023 iPhones and Macs

Apple’s chip manufacturing partner, TSMC, is expected to begin volume production of 3-nanometer chips during the fourth quarter of 2022, according to a new report from DigiTimes. This could mean that we start seeing 3nm chips in Apple products as soon as 2023. The DigiTimes report itself is sparse on...
CELL PHONES・2 HOURS AGO
CNET

Android comes with an abundance of settings that allow you to customize and improve smartphone experience. By default, Android picks what it considers the best settings, but depending on the type of user you are -- beginner, average or pro -- tinkering with your Android preferences and settings is a good idea to get the most out of your device.
CELL PHONES・20 DAYS AGO
TrendHunter.com

The Instacart Shopper Safety Alert feature is being launched by the grocery delivery service to help keep shoppers informed of what's going on in the area and more. The new feature is intended to leverage information gathered from local law enforcement, social media and even local news to let shoppers know in real-time what's happening in an area. This could help them to avoid a specific area or even stop shopping altogether to stay safe in the event of an emergency.
GROCERY & SUPERMAKET・14 DAYS AGO