A London police officer handcuffed a woman in a fake arrest before raping and killing her, prosecutors say 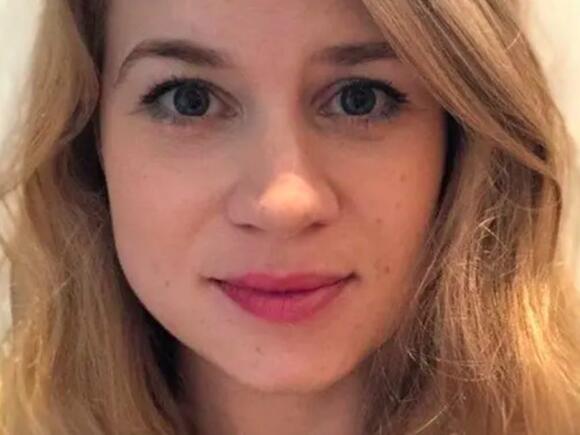 The London police officer who kidnapped, raped, and killed Sarah Everard in March captured her by handcuffing her in a fake arrest, prosecutors said.

Prosecutor Tom Little said Wayne Couzens, who was then a serving Metropolitan police officer, handcuffed Everard and showed her his warrant card to get her in his car, before driving her to Kent and killing her, The Guardian reported .

Everard's death dominated news headlines in the UK earlier this year, and sparked a nationwide conversation about women's safety.

She was 33 years old before she disappeared while walking home from a friend's house in Clapham, south London.

Couzens is due to be sentenced this week, the Met Police said .

A U.K. mother was arrested after she took a knife and rushed to a London police station to "punish" the necrophile who raped the body of her daughter. David Fuller, 67, pleaded guilty last week to killing Wendy Knell, 25, and Caroline Pierce, 20, in separate attacks in Tunbridge Wells, Kent, nearly 35 years ago. He also admitted 44 charges in relation to necrophilia involving women and girls aged between 9 and 100 in morgues in Sussex and Kent.
PUBLIC SAFETY・24 DAYS AGO
Black Enterprise

Two police officers in London were terminated after they took photographs of two dead Black women at a crime scene, posted the pictures in a WhatsApp chat, and called the deceased woman “dead birds.”. According to BBC News, two Metropolitan police officers took pictures of the dead bodies of Bibaa...
LAW ENFORCEMENT・2 DAYS AGO
CBS Philly

COCOA, Fla. – A trucker was arrested in Brevard County, accused of abducting a woman in Delaware, keeping her captive for about eight months while repeated beating, threatening and raping her, according to Cocoa police. The woman said Robert Jeffrey Johnson Jr., 53, picked her up, asking if she knew...
COCOA, FL・7 DAYS AGO

A 55-year-old man, who willed his property worth about $600K to his two pet elephants, was found dead from a gunshot in his farm. Police believe his son, who had a dispute with his father over the property, was behind the murder. Mohammad Akhtar Imam, hailing from the Indian state...
PUBLIC SAFETY・27 DAYS AGO
Telegraph

A teenage drug dealer who tried to decapitate his 12-year-old friend because he feared he would "snitch" on him has been named, after a judge ruled that the brutal attack should prompt a debate on knife crime. Roberts Buncis, 12, was killed by Marcel Grzeszcz, 15, in Fishtoft, near Boston,...
PUBLIC SAFETY・23 DAYS AGO
The Independent

Four teenagers have been jailed for life over the murder of 15-year-old schoolboy Keon Lincoln in a gun and knife attack in Birmingham.Fourteen-year-old Yussuf Mustapha, who is thought to be Britain’s youngest defendant convicted of gun murder, was accused of firing the fatal shot and was sentenced to life in prison at Birmingham Crown Court on Monday.Keon’s mother Sharmaine Lincoln, who after hearing gunshots found her son wounded outside their home in Handsworth, described his murder as “a nightmare that I cannot wake up from”.The fatal attack in January had been “carefully planned and executed” using a revolver and...
PUBLIC SAFETY・2 DAYS AGO

(Meredith) – A jury convicted a former police officer of raping a woman he met at a bar and brought back to his home. A judge originally sentenced him to 15 years in prison, but then suspended most of that sentence, and is allowing him to serve time from home.
BALTIMORE COUNTY, MD・2 DAYS AGO
The Guardian

The Home Office inquiry into the rape and murder of Sarah Everard by a police officer will be chaired by Dame Elish Angiolini, formerly Scotland’s top prosecutor, the department has said. It will examine whether chances to identify her murderer, Wayne Couzens, as a danger to women before he attacked...
PUBLIC SAFETY・9 DAYS AGO
KFOR

Dunkin’ cup leads to arrest of man accused of raping woman, leaving her for dead

The cup led to the arrest of a Massachusetts man who allegedly hit a woman multiple times with a rock, raped her, and left her for dead off a hiking trail, a prosecutor said.
MEDFORD, MA・1 DAY AGO
staradvertiser.com

Woman who filmed arrest of person near Whole Foods says Richmond police assaulted her. Police say she injured herself.

Khalah Sabbakhan was walking to Whole Foods on West Broad Street last month when she encountered two police officers speaking to a woman who appeared to be homeless, resting on a bench with two overstuffed red tote bags behind the historic Sauer factory on Oct. 4. After a brief conversation...
RICHMOND, VA・11 DAYS AGO
whdh.com

SOMERVILLE, MASS. (WHDH) - A discarded Dunkin’ cup led to the arrest of a Medford man who allegedly repeatedly struck a woman in the head with a rock before he dragged her off a hiking trail at the Middlesex Fells Reservation and raped her, a prosecutor said. Brady McCue, 28,...
MEDFORD, MA・2 DAYS AGO
BBC

Arrests in hunt for fake police officers who stole puppy

Two men have been arrested on suspicion of aggravated burglary after a woman was assaulted in her home by fake police officers who stole her puppy. The men wore caps emblazoned with the word "police" and claimed to be on a drugs raid at the property in Putney in south-west London.
PUBLIC SAFETY・17 HOURS AGO
Merced Sun-Star

Woman asks police to check on her dogs after arrest, then grabs a gun, OR officials say

Police were taking a woman into custody in Oregon when she asked if they could check on her dogs, prosecutors say. Yvette Garcia escaped, grabbed a gun and shot one officer, the Clackamas County District Attorney’s Office said in a news release. The woman was pulled over for a traffic...
LAW ENFORCEMENT・7 DAYS AGO
dailyvoice.com

TOWSON, Md. (AP) — A Baltimore County police officer who was convicted of rape has been sentenced to four years in prison but can stay on home detention pending an appeal, a judge ruled. Anthony Westerman was sentenced Friday, the office of the Baltimore County state’s attorney said Monday in...
MARYLAND STATE・8 DAYS AGO
WSB Radio

HENRY COUNTY, Ga. — Police have arrested a third woman in connection to the shooting death of Henry County Police Office Paramhans Desai. Desai, 38, was responding to a domestic call in McDonough on November 4 when he was shot in the head while attempting to make an arrest. He died from his injuries days later on Nov. 8.
HENRY COUNTY, GA・6 DAYS AGO
Insider

Kim Potter's attorney said the former Minnesota cop will testify during her manslaughter trial. Potter was charged with first- and second-degree manslaughter in the shooting death of Duante Wright. She faces up to 25 years in prison and $50,000 in fines if convicted. She has pleaded not guilty. Kim Potter's...
MINNESOTA STATE・1 DAY AGO