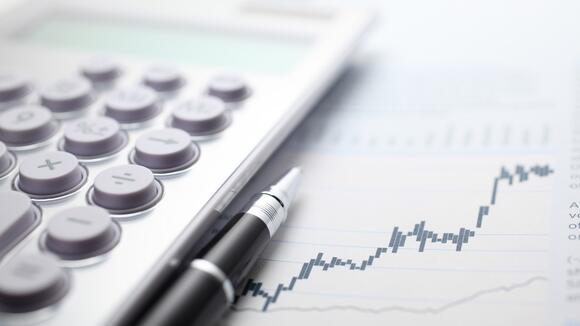 The futures were lower across the board on Tuesday, after the week started with only the Dow Jones industrials posting a gain. Both the S&P 500 and the Nasdaq were weak, and with the quarter ending on Thursday, you can bet that portfolio managers for hedge funds, exchange-traded funds and mutual funds are squaring up their books to show solid third-quarter results.

The big news out of Washington, D.C., remains the debt limit ceiling and the House vote on the $1.2 trillion infrastructure bill. With the Thursday expiration of the government's spending authority, the Democrats are looking to craft a short-term spending deal that could get bipartisan support in order to keep the government open.

While the recent consumer price index and retail sales data has tempered some of the inflation and growth worries, mounting stagflation concerns continued to pick up, amid the ongoing supply chain and input pressures and recovery headwinds from the spread of the Delta variant. Federal Reserve assurances that rates will remain accommodative continue to provide a tailwind for equities though.

These are the top analyst upgrades, downgrades and initiations seen on Tuesday, September 28, 2021.

Academy Sports & Outdoors Inc. ( NASDAQ: ASO ): Goldman Sachs raised its price target on the popular retailer to $47 from $40 but maintained a Neutral rating. The consensus target price is up at $54. The stock closed Monday at $42.76 per share.

Applied Materials Inc. ( NASDAQ: AMAT ): New Street downgraded the semiconductor capital equipment leader to Neutral from Buy and has a $140 price target. That compares with the higher $162.38 consensus target and Mondays’ closing print of $142.74. The shares were down almost 4% in Tuesday's premarket.

Chewy Inc. ( NYSE: CHWY ): Wolfe Research raised its Peer Perform rating on the popular online pet food and accessories company to Outperform with a $90 price target. The consensus target is $93.20. The stock ended trading on Monday at $70.50.

Coinbase Global Inc. ( NASDAQ: COIN ): JMP Securities started coverage on the cryptocurrency brokerage with a Market Outperform rating and a $300 price target. The consensus target is up at $381.42. The stock closed trading on Monday at $232.24.

Enterprise Products Partners L.P. ( NYSE: EPD ): BofA Securities resumed coverage of the MLP giant with a Buy rating and $32 price target. The consensus target is $28.17. The stock closed Monday at $21.82.

Harpoon Therapeutics Inc. (NASDAQ: HARP): Citigroup raised its Neutral rating to Buy and has a $16 price target. The consensus target is much higher at $28.10. The stock was last seen on Monday at $8.01, but shares were up 8% in the premarket.

Macy’s Inc. ( NYSE: M ): Gordon Haskett upgraded the venerable retailer to Buy from Hold and also boosted the price target to $33 from $24. That compares with the $22.77 consensus target and Monday’s closing share price of $24.32.

Microchip Technology Inc. ( NASDAQ: MCHP ): Wells Fargo lowered the stock to Equal Weight from Overweight and has a $165 price target. The consensus target is up at $181.22. The stock ended Monday's trading session at $166.08.

Poshmark Inc. (NASDAQ: POSH): Berenberg started coverage with a Buy rating and a $42 price target. The higher consensus target is $45.88, and Monday’s close was at $24.01 a share. The stock was up almost 4% in premarket trading.

Puma Biotechnology Inc. ( NASDAQ: PBYI ): Citigroup upgraded the shares from Neutral to Buy with an $11 price target. The consensus target is $8.63. The stock closed Monday at $7.12, which was up almost 5% for the day, and the shares added an additional 7% in premarket action.

Qualcomm Inc. ( NASDAQ: QCOM ): This 5G leader has strong growth ahead, despite missing the mark in an ADAS bidding war, says Zacks, which selected it as the Bull of the Day stock. Shares last closed at $133.48 and have a consensus price target of $183.16, which would be a multiweek high.

Sirius XM Holdings Inc. ( NASDAQ: SIRI ): Barclays raised the satellite radio giant to Equal Weight from Underweight and has a $6 price target. The consensus target is $7.59. The final trade for Monday was reported at $6.11 a share.

Wells Fargo & Co. ( NYSE: WFC ); Morgan Stanley downgraded the money center giant to Equal Weight from Overweight and lowered the price target to $46 from $49. The consensus price target is $50.31. The shares were last seen on Monday trading at $47.56.
ALSO READ: 5 European Dividend Aristocrats Offer Huge Income and Growth Potential
While the quantitative easing soon will begin to dwindle, it is highly unlikely the Federal Reserve actually will raise interest rates until 2023, so buying blue-chip stocks with solid total return potential remains a prudent investment choice for the rest of 2021 and beyond.

Five top stocks could be clobbered by a failure to raise U.S. debt limit. Camber Energy and Canoo were among Monday’s meme stock movers . Also, check out the bullish and bearish cases for Airbnb.

U.S. stocks ended higher Tuesday, following on from a solid tech-led rally, as investors tracked a pullback in Treasury bond yields and a busy slate of corporate earnings. Here are some of the laggards in the stock market on Tuesday. 1. Ulta Beauty | Decrease 11%. Ulta Beauty (ULTA) -...
STOCKS・23 HOURS AGO
The Motley Fool

It's Not Too Late to Buy This Rock-Solid Value Stock

Capital One has invested heavily in technology to improve its efficiency. It recently acquired an investment banking firm to boost its commercial banking operation. Capital One Financial (NYSE:COF) investors have had a terrific year. At Monday's prices, the stock was up more than 70% in 2021, which is beating both the S&P 500 and the average return in the financial sector. It has bounced back nicely from the worst of the pandemic, based on an uptick in the economy, among other factors.
STOCKS・1 DAY AGO
The Motley Fool

Spotify's stock price is down 20% this year but continues to grow its business. Activision Blizzard is down 17% this year, but has a strong slate of games about to come out. It's rare to find high-quality businesses trading at a discount, but it can happen for a number of reasons, especially if there is short-term uncertainty due to an unimpressive earnings report, bad company news, or a weakening stock market in general. When it does, investors should take advantage.
STOCKS・1 DAY AGO
TheStreet

Inflation may be raging, but that doesn't spell bad news for every stock, Jim Cramer reminded his Mad Money viewers Tuesday. In fact, there are stocks that win big when inflation is on the rise, while others are simply immune to inflation altogether. Energy is a natural inflation winner, as...
STOCKS・16 HOURS AGO

Because the inflationary environment and supply chain constraints could keep the overall stock market under pressure in the near term, we think it could be wise to bet on quality dividend stocks to benefit from a steady stream of income. GlaxoSmithKline (NYSE:GSK), Fortescue (FSUGY), Kronos (KRO), and USD Partners (NYSE:USDP) are established companies that offer 5%-plus dividend yields. So, it could be wise to add them to one’s retirement portfolio. Read on.According to data from FactSet, 41 S&P 500 companies have reported third-quarter results so far, with 80% of them topping EPS expectations. However, U.S. oil prices jumped another 1%, surpassing $83 per barrel, their highest level since October 2014. In addition, the 10-year Treasury yield this week started edging back up toward 1.62%. So, market volatility will likely continue amid increasing inflation.
STOCKS・1 DAY AGO
Cheddar News

It was a historic day for cryptocurrencies on the New York Stock Exchange as the Proshares Bitcoin Strategy ETF began trading. Simeon Hyman, a global investment strategist at ProShares, joined Cheddar to talk about bringing the first bitcoin-linked futures ETF to market in the U.S. He noted that while bitcoin can be volatile, "it can be a valuable diversifier in a portfolio" at the right size.
STOCKS・21 HOURS AGO
24/7 Wall St.

These five top technology companies pay solid and dependable dividends and have solid growth prospects for the rest of the fourth quarter and beyond. They look like outstanding ideas now for investors looking for growth and income.
STOCKS・6 HOURS AGO
AFP

Bitcoin took another step closer to mainstream investing Tuesday with the launch of a new security on Wall Street tied to futures of the cryptocurrency. To mark the occasion, ProShares, leader in exchange-traded funds, a type of investment linked to an index, rang the opening bell of the New York Stock Exchange on Tuesday. The Bitcoin Strategy ETF, trading under the "BITO" ticker, rose 4.9 percent to $41.94 in its first session, an eagerly-anticipated event in the world of crypto-money that boosted bitcoin futures. The arrival of the fund helped propel bitcoin back near its all-time high. Near 2030 GMT, the digital currency stood a $64,313, less than $600 short of its April record.
NEW YORK CITY, NY・16 HOURS AGO

Investors' allocations to US stocks eclipsed the level seen in the dot-com bubble and hit a record high of 52% in 2021, Goldman Sachs said.
STOCKS・1 DAY AGO
24/7 Wall St.

Here's a look at four stocks that made significant moves Tuesday and look to continue their pace today.
STOCKS・4 HOURS AGO
The Motley Fool

Prediction: These Will Be 5 of the Biggest Stocks by 2040

Change is inevitable in the stock market, and some of today's biggest companies could be replaced in the years to come. These five growth companies have the innovation and addressable markets to become some of the largest stocks in the world by 2040. Whether you realize it or not, the...
STOCKS・1 DAY AGO
24/7 Wall St.

Dow, S&P 500 touch record-high territory Wednesday, with Tesla earnings due after the close

U.S. stock indexes see modest gains Wednesday morning, but they were sufficient to push the S&P 500 index and Dow industrials to all-time highs amid a multi-day win streak, as investors parsed third-quarter earnings with the electric-vehicle maker Tesla Inc. due to report after the market closes.
STOCKS・1 HOUR AGO
MarketWatch

Dow lags behind as stocks end mostly higher ahead of earnings

Stocks ended mostly higher Monday as investors prepared for a busy week of corporate earnings. The Dow Jones Industrial Average bucked the positive tone, losing around 36 points, or 0.1%, to end near 35,259, according to preliminary figures. The S&P 500 rose around 15 points, or 0.3%, to close near 4,486, while the Nasdaq Composite advanced around 124 points, or 0.8%, finishing near 15,022. Shares of Walt Disney Co. , down 3%, were the biggest drag on the Dow, falling after being downgraded to equal-weight from overweight by Barclays.
STOCKS・1 DAY AGO
24/7 Wall St.

These five top companies are expected to lift the dividends they pay to shareholders, and their stocks are rated Buy across Wall Street, making them excellent total return candidates.
STOCKS・2 DAYS AGO
MarketWatch

Shares of Pinterest Inc. are up 11% in midday trading Wednesday after Bloomberg News reported that PayPal Holdings Inc. has approached the company about a potential deal. PayPal shares are off about 3% in Wednesday trading. The Bloomberg story, which cited multiple unnamed sources, said that the companies have discussed a takeout price of roughly $70 a share for Pinterest. The stock recently changed hands at $61.76. Pinterest shares were briefly halted for volatility but have resumed trading. Representatives from PayPal and Pinterest didn't immediately provide comment to MarketWatch.
STOCKS・53 MINUTES AGO
Benzinga

Why Macy's Shares Are Rising

Macy's Inc (NYSE: M) shares are trading higher following reports suggesting Saks Fifth Avenue's eCommerce unit has begun preparations for an IPO at a $6 billion valuation. Additionally, it was reported last week that activist fund Jana Partners has taken a stake in Macy's and called on it to spin off its e-commerce operations.
STOCKS・1 DAY AGO
Benzinga