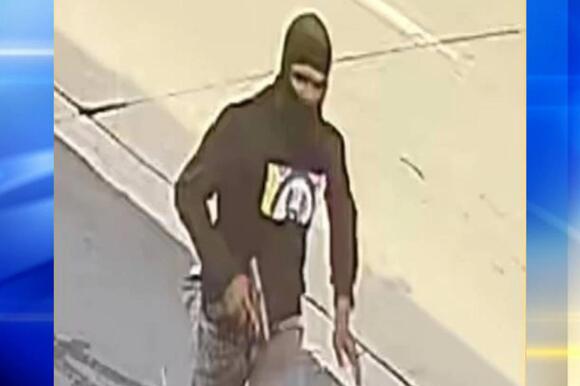 PENN HILLS, Pa. — A teen was shot multiple times in the parking lot of a BP gas station in Penn Hills Monday afternoon.

The 17-year-old boy was shot as many as four times in the lot at the corner of Frankstown Road and Robinson Boulevard, next to the Penn Hills Volunteer Fire Department, at around 4:30 p.m. He was eventually rushed to a nearby hospital in critical condition with gunshot wounds to his torso.

“I pulled into the department, all I see is all these Penn Hills police and units from Wilkinsburg,” a firefighter, who did not want to be identified, said. “I saw some guns drawn and ready and all that.”

The firefighter said he arrived to work seconds after the shooting.

“The suspect was on the run. The police shot out of here,” he said.

The alleged shooter then ran off toward an East Hills housing development. Investigators said this person is likely not a threat to the community and that this was a targeted shooting.

Police are still searching for the suspect.

Don't matter what color that guy is black,white purple or red because every race in America been killing ppl over centuries. This could've happpen anywhere . Remember ppl don't get shot multiple times on GP for no reason what so ever.

i live in penn hills and never shop in the community. i drive to delmont Walmart so i dont deal with local aspiring rappers

NEW CASTLE, Pa. — New Castle police are searching for a man wanted for a deadly weekend shooting. Police said just before 7 p.m. on Sunday, police were dispatched to a New Castle hospital for a reported gunshot victim who was brought in. The victim, later identified as Devon Thompson, died from his injuries.
NEW CASTLE, PA・1 HOUR AGO
WPXI Pittsburgh

PITTSBURGH — A man was arrested and charged after he boarded a Port Authority bus in Pittsburgh, was asked to put a mask on and subsequently punched the bus driver, police said. According to court documents, David Moore, 28, was charged with aggravated assault and terroristic threats in relation to...
PITTSBURGH, PA・1 HOUR AGO
WPXI Pittsburgh

WALL BOROUGH, Pa. — A man was heard screaming for help as his home went up in flames Wednesday morning in Wall Borough. Flames and smoke engulfed the home after the fire started about 7:30 a.m. on Dawson Street. A neighbor heard the screams from inside. Thankfully, the homeowner was...
ALLEGHENY COUNTY, PA・10 HOURS AGO

NORTH STRABANE TWP., Pa. — The family of a woman killed while driving home on Interstate 79 is speaking out for the first time. Holly Davis was just one exit from home when a driver going the wrong way hit her vehicle head-on. Her family has learned someone has anonymously paid for all of her funeral expenses.
NORTH STRABANE TOWNSHIP, PA・2 HOURS AGO
WPXI Pittsburgh

PITTSBURGH — The founder of the Black Lives Matter Pittsburgh branch, Tanisha Long, is calling for the officers who were involved in a taser incident in Bloomfield to be charged in a man’s death. Jim Rogers died at the hospital the day after police deployed a Taser on him after...
PITTSBURGH, PA・6 HOURS AGO
WPXI Pittsburgh

CHURCHILL, Pa. — All afternoon activities were canceled as police and school officials looked into a social media posting in which a student threatened to bring a gun to Woodland Hills High School. A letter sent out from the principal, assistant principals and dean of students said a student threatened...
ALLEGHENY COUNTY, PA・4 HOURS AGO

PALM BAY, Fla. — A Florida man is accused of beating his 12-year-old son and leaving him in a family laundry room to die, authorities said. Jason Daniel Godleski, 33, of Palm Bay, was charged with aggravated manslaughter of a child and failure to report a death, according to Brevard County online court records.
FLORIDA STATE・2 HOURS AGO
WPXI Pittsburgh

BUNNELL, Fla. — A Florida man who was driving with a clown mannequin is accused of having a live grenade in the back of his pickup, authorities said. Louis Wyatt Branson, 65, of Palatka, was charged with driving with an expired license for more than six months, possession of drug paraphernalia, possession of a firearm, weapon, or ammo by convicted felon, possession of marijuana and possession of cocaine, in addition to the original charges, according to Flagler County Sheriff’s Office booking records.
FLORIDA STATE・5 HOURS AGO
WPXI Pittsburgh

Another swastika found in Mt. Lebanon schools on day of remembrance for synagogue shooting victims

MT. LEBANON, Pa. — Mt. Lebanon School officials said they found a swastika made from masking tape on the back of a dry erase board at Jefferson Middle School on Wednesday. The anti-Semitic symbol was found on the same day memorial events were underway across the Pittsburgh area to remember the 11 people killed at the Tree of Life synagogue three years ago.
PITTSBURGH, PA・2 HOURS AGO
WPXI Pittsburgh

SAN FRANCISCO — (AP) — The family of a mentally ill man who was shot nine times by a police officer in a wealthy San Francisco Bay area suburb has received a $4.9 million settlement from the town and county where the officer worked, nearly three years after the 2018 fatal shooting, the family’s lawyer said Wednesday.
CALIFORNIA STATE・5 HOURS AGO
WPXI Pittsburgh

PITTSBURGH — According to a newly approved piece of legislation, Pittsburgh police will be required to publish data about certain incidents with breakdowns by demographics like race and gender. On Tuesday, City Council approved the resolution directing the Bureau of Police to take immediate steps to improve its data collection...
PITTSBURGH, PA・7 HOURS AGO
WPXI Pittsburgh