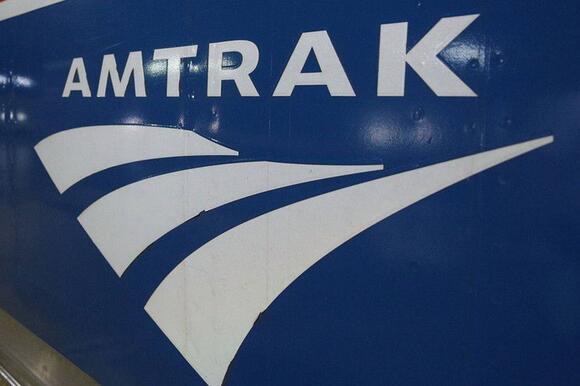 JOPLIN, Mont. — The identities of all three victims killed Saturday in the derailment of a westbound Amtrak train near Joplin, Montana, have been identified by local authorities.

The victims include 72-year-old Marjorie Varnadoe and 74-year-old Donald Varnadoe, a retired Georgia couple; and Zach Schneider, 29, of Fairview, Illinois, who was vacationing with his wife, The Washington Post reported.

The Empire Builder, which runs between Chicago and Seattle-Portland, derailed near the Canadian border at around 4 p.m. local time Saturday, killing three of the 141 passengers and leaving seven hospitalized and dozens of others injured. There were also 17 crew members onboard the train.

The National Transportation Safety Board assumed control late Saturday of the investigation into what caused eight of the train’s 10 cars to leave the tracks.

According to The Brunswick News, Donald Varnadoe was a retired real estate agent from St. Simons Island, Georgia, and Marjorie Varnadoe had been a revered teacher and school administrator in their community.

Meanwhile, a GoFundMe page established to help cover funeral expenses for Schneider confirmed that he and his wife were en route to Portland for a vacation when the train derailed.

“Zach Schneider is one the sweetest, smartest, and most unique people I know,” the online fundraiser’s organizer, Caleb Morris, wrote.

“I have always respected his ability to think differently. Zach always used this to push for a better world where everyone was included,” Morris added.

Liberty County Sheriff Nick Erickson estimated that as many as 30 people were injured during the derailment but confirmed that only five remained hospitalized, all of whom were listed in stable condition, by Sunday.

Although no cause for the derailment has been determined, rail safety experts told the Post that numerous factors could have contributed to the crash, including “human error and track and equipment failure, which is more common on older equipment such as the Superliner fleet operating in the route, the oldest in Amtrak’s rolling stock.”

ST. PETERSBURG, Fla. — (AP) — Potential human remains were found Wednesday in a Florida wilderness area along with items believed to belong to Brian Laundrie, whose girlfriend, Gabby Petito, was found slain after he returned home alone from their cross-country road trip, according to the FBI. Michael McPherson, chief...
SAINT PETERSBURG, FL・12 HOURS AGO
WPXI Pittsburgh

PHILADELPHIA — (AP) — Prosecutors pursuing the case against a man accused of raping a woman on a commuter train last week don’t anticipate charging fellow passengers for not intervening, a spokesperson for the suburban Philadelphia district attorney said. “It’s still an open investigation, but there is no expectation at...
PHILADELPHIA, PA・5 HOURS AGO
WPXI Pittsburgh

FARMVILLE, Va. — An Amish couple was killed and their eight children were injured Monday when the horse-drawn buggy they were riding in was rear-ended by a vehicle Sunday, authorities said. According to the Virginia State Police, Barbie Esh, 38, of Farmville, died at the scene, WWBT reported. Her husband,...
VIRGINIA STATE・4 HOURS AGO
WPXI Pittsburgh

WASHINGTON — (AP) — The Army has begun hiring more agents and support staff for its criminal investigations, as the new civilian director works to correct widespread failures that surfaced last year after a string of murders and other crimes at Fort Hood, Texas. Gregory Ford, who took over as...
PUBLIC SAFETY・8 HOURS AGO

PITTSBURGH — A violent South Side shooting that allegedly erupted over a pizza dispute was all caught on an Uber driver’s dash cam, and played in open court Wednesday. Channel 11 told you back in July when 22-year-old Rafik White, of Duquesne, was charged with attempted homicide and aggravated assault for the violent incident, which left one man with critical injuries.
PITTSBURGH, PA・7 HOURS AGO
WPXI Pittsburgh

SHARPSBURG — Rescue crews on the Allegheny River in the Sharpsburg area spent Wednesday evening searching for a man after a canoe tipped over. “One person was recovered very quickly by recreational boaters. Search boats were launched,” said Etna fire chief Greg Porter. Porter said the man who was saved...
SHARPSBURG, PA・9 HOURS AGO
WPXI Pittsburgh

SARASOTA COUNTY, Fla. — A medical examiner and a cadaver dog are searching the Myakkahatchee Creek Environmental Park after several items said to belong to Brian Laundrie, the missing fiancee of Gabby Petito were found. Petito was found dead in a national forest in Wyoming last month. Here are four...
SARASOTA COUNTY, FL・12 HOURS AGO
WPXI Pittsburgh

KNOXVILLE, Tenn. — Just two days after their wedding, a Tennessee couple was killed on an interstate highway early Sunday, authorities said. Jessiah Plemons, 31, of Lenoir City; Lillian Rose, 25, of Maryville; and Madison Davis, 23, of Knoxville, died in the crash, according to the Knoxville News-Sentinel. According to...
TENNESSEE STATE・3 HOURS AGO

VERO BEACH, Fla. — Two former college athletes who had recently taken physical education jobs at South Florida schools were fired after their arrests in connection with a shooting that wounded a man at a Vero Beach apartment, authorities said. Darius Tyonne Cohen, 26, of Clewiston, was charged with attempted...
FLORIDA STATE・6 HOURS AGO
WPXI Pittsburgh

CARSON CITY, Nev. — Nevada Gov. Steve Sisolak was cited in a two-car accident in Las Vegas on Sunday, authorities said. Sisolak, who was driving his Lexus alone without his security detail, was cited for failure to yield to oncoming traffic, the Las Vegas Review-Journal reported. According to a police...
NEVADA STATE・5 HOURS AGO
WPXI Pittsburgh

HUNTINGTON BEACH, Calif. — (AP) — The Coast Guard received multiple reports of a possible fuel spill off the Southern California coast earlier than previously disclosed and asked local authorities to investigate about 15 hours before its own personnel confirmed a large oil slick, which came from a leaking undersea pipeline, records show.
CALIFORNIA STATE・3 HOURS AGO
WPXI Pittsburgh

WASHINGTON — (AP) — The FBI found a trash bag of shredded documents, thousands of dollars in cash, latex gloves and a "go-bag" when they searched the home of a Maryland couple accused of trying to sell information about nuclear-powered warships to a foreign country, an agent testified Wednesday. Jonathan...
PITTSBURGH, PA・10 HOURS AGO

MINNEAPOLIS — A former Minneapolis police officer who fatally shot an unarmed woman four years ago after she called 911 to report a possible rape behind her home will be resentenced on a lesser charge Thursday. In 2019, Mohamed Noor was convicted of third-degree murder and second-degree manslaughter in the...
MINNEAPOLIS, MN・46 MINUTES AGO
WPXI Pittsburgh

ST. LOUIS — Low water levels on the Mississippi River have exposed a World War II ship that sank near downtown St. Louis 28 years ago. The USS Inaugural was once moored near the Gateway Arch, but broke from its moorings when the Mississippi River crested at 49.58 feet on Aug. 1, 1993, KTVI reported. The ship drifted downstream before eventually turning on its side and sinking south of the Poplar Street Bridge, the television station reported.
MISSISSIPPI STATE・6 HOURS AGO
WPXI Pittsburgh

LAFAYETTE, La. — (AP) — The owner of a Louisiana livestock business has pleaded guilty to stealing more than $76,000 from a federal aid program to help compensate farmers and ranchers for losses from the coronavirus pandemic, U.S. authorities said Wednesday. Burnell Gabriel Zachary, 37, pleaded guilty to one count...
LOUISIANA STATE・11 HOURS AGO
WPXI Pittsburgh

PITTSBURGH — Frank Olander said the same kids who ransacked vehicles on his lot are doing the same thing to his neighbors. “It’s aggravating. I know they’re kids but if they just came in and were screwing around and running around that would be one thing. But they were going through vehicles,” he said.
MCKEES ROCKS, PA・3 HOURS AGO
WPXI Pittsburgh

Onions imported from Mexico are the source of a recent salmonella outbreak that has sickened more than 650 people across 37 states, health officials said Wednesday. In a news release, the Centers for Disease Control and Prevention said that fresh whole red, white and yellow onions imported from Chihuahua, Mexico, and distributed by ProSource Inc., are the source for the salmonella outbreak.
MEXICO, PA・8 HOURS AGO
WPXI Pittsburgh

LOS ANGELES — (AP) — A Los Angeles neighborhood just outside the nation's busiest port complex has become a perpetual traffic jam, with trucks hauling cargo containers backed up day and night as workers try to break through an unprecedented backlog of ships waiting to unload. About 40% of all...
LOS ANGELES, CA・5 HOURS AGO
WPXI Pittsburgh

‘I can’t wait to murder you’: Florida man charged with cyberstalking

TAMPA, Fla. — A Florida man is accused of cyberstalking three victims during an 18-month period, prosecutors said Wednesday. In a news release from the U.S. Attorney’s Office for the Middle District of Florida, acting U.S. Attorney Karin Hoppmann announced the charges against Dominique Jade Dragan, 28, of Valrico. The...
FLORIDA STATE・1 HOUR AGO
WPXI Pittsburgh

LATROBE, Pa. — Changes could be on the way for the Arnold Palmer Regional Airport if the Westmoreland County Airport Authority’s proposal goes through. The authority wants to use some of the county’s COVID-19 relief funding for the estimated $20 million renovation to the airport’s terminal. Officials said the renovations...
WESTMORELAND COUNTY, PA・4 HOURS AGO