By Cristina Marcos
The Hill
29 days ago 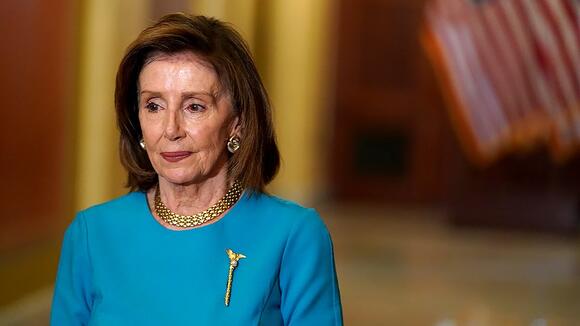 The House will vote Thursday on the Senate-passed bipartisan infrastructure bill, pushing back an originally planned vote for Monday that Democratic moderates had demanded as part of a deal with Speaker Nancy Pelosi (D-Calif.).

Lawmakers will still debate the bill on the House floor on Monday, but the actual vote will be pushed to Sept. 30, when some surface transportation programs are set to expire, Pelosi announced in a Sunday night missive to Democrats.

The vote is only part of what’s set to be a jam-packed week in the House. In addition to the vote on the bipartisan infrastructure bill, Democrats are also aiming to take action on the $3.5 trillion package to expand social safety net programs, act to prevent a government shutdown on Oct. 1 and avoid a debt default.

“This week is a week of opportunity, as we work to keep government open, conclude negotiations on the Build Back Better Act and advance the Bipartisan Infrastructure Framework,” Pelosi wrote.

A group of Democratic centrists had previously secured an agreement with Pelosi that the House would vote by Sept. 27 on the bipartisan infrastructure bill to send it to President Biden for his signature.

But House progressives have long maintained that they wouldn’t vote to pass the bipartisan bill before their priorities are addressed in the larger social spending package, which includes provisions like paid family leave, universal pre-K, free community college and initiatives to address climate change.

Rep. Pramila Jayapal (D-Wash.), the chairwoman of the Congressional Progressive Caucus, last week said Sept. 27 was an “arbitrary deadline,” adding that “it’s just an attempt to pass one bill and leave behind the bill that has the majority of the president's agenda.”

Pelosi said earlier Sunday that she wouldn’t bring a bill to the floor if Democrats didn’t have the votes to pass it.

The surface transportation programs aren’t the only government funding that is expiring Thursday. The federal government’s fiscal year ends that day as well, meaning that there would be a shutdown if Congress doesn’t pass a funding bill by then.

The House passed a bill last week along party lines to fund the government through Dec. 3, as well as suspend the debt limit into December of next year.

But Republicans have vowed they won’t help Democrats pass legislation to avoid a debt default and have called for decoupling the government spending bill from that issue.

Lawmakers may have somewhat more time for addressing the debt limit; recent estimates have indicated that the deadline may be closer to mid-October.

Don’t sign anything before you read everything, this bill will give her and her criminals more power and control on every aspect of our lives.

Liberals grit teeth as their priorities fall by wayside

Despite the House's skepticism of a proposed tax on billionaires to finance the social spending bill, some party leaders are remaining optimistic.
CONGRESS & COURTS・26 MINUTES AGO
AFP

After months of fierce political wrangling, US House Speaker Nancy Pelosi said Sunday she expects agreement on a huge social spending package and a vote on a cross-party infrastructure bill this week, adding: "We're almost there." President Joe Biden had been intent on securing passage of the two mega-measures -- which Democrats see as vital to their party's political hopes in midterm elections next year -- before he leaves for a climate summit in Glasgow that opens October 31. And the White House noted "progress" was being made as Biden met with a key member of his party Sunday, a sentiment shared by the top Democrat in Congress. Asked on CNN's "State of the Union" whether the agreement on the spending package and votes on infrastructure could occur in the coming week, Pelosi replied, "that's the plan."
CONGRESS & COURTS・1 DAY AGO

"We just have some of the last decisions to be made," Pelosi said Sunday, adding that the bill was "bigger than anything we have ever done."
CONGRESS & COURTS・2 DAYS AGO
Fox News

House Speaker Nancy Pelosi, D-Calif., on Sunday defended progressives amid party infighting over the bipartisan infrastructure bill and budget reconciliation bill after blowing past several deadlines and quickly approaching another. During an appearance on CNN’s "State of the Union," Pelosi disagreed with host Jake Tapper after he said "moderates are...
CONGRESS & COURTS・1 DAY AGO
TheAtlantaVoice

House Speaker Nancy Pelosi on Sunday suggested that the budget reconciliation process could be one way toward raising the debt ceiling in December. “That’s one path. But we’re still hoping to have bipartisanship,” Pelosi told CNN’s Jake Tapper on “State of the Union.” In September, Pelosi previously said raising the debt ceiling would not be done through reconciliation as part […]
CONGRESS & COURTS・2 DAYS AGO
CNBC

Schumer and Manchin are in infrastructure talks at Biden's Delaware home

Speaker of the House Nancy Pelosi tells CNN's Jake Tapper that voting rights is "fundamental to our democracy" when asked whether she supports sidestepping the filibuster.
CONGRESS & COURTS・2 DAYS AGO
The Guardian

Pelosi Statement on Republican Obstruction of the Freedom To Vote Act

Washington, D.C. – Speaker Nancy Pelosi issued the following statement after Republicans blocked the Freedom to Vote Act from advancing in the Senate:. “Today, Senate Republicans voted to aid and abet the most dangerous campaign of voter suppression since Jim Crow – undermining their constituents, the Constitution and our country.
CONGRESS & COURTS・6 DAYS AGO

(The Center Square) – U.S. House Speaker Nancy Pelosi, D-Calif., doubled down on the inclusion in a spending bill of a Democratic provision that would require banks to report to the IRS transactions for accounts holding over $600. When asked Tuesday if the IRS monitoring would remain in Democrats’ proposed...
CONGRESS & COURTS・14 DAYS AGO
evalleytimes.com

Democratic Speaker of the House of Representatives, Nancy Pelosi, He said Sunday that lawmakers from his party could compromise next week on the broader reforms that US President Joe Biden wants. “We are almost therePelosi told the CNN channel. Asked if an agreement would be reached in a week, he...
PRESIDENTIAL ELECTION・1 DAY AGO
leedaily.com

Pivotal Democratic Sen. Joe Manchin appears to be on board with White House proposals for new taxes on billionaires and certain corporations to help pay for President Joe Biden’s scaled-back social services and climate change package.Biden huddled with the conservative West Virginia Democrat and Senate Majority Leader Chuck Schumer at the president’s Delaware home Sunday as they work on resolving the disputes between centrists and progressives that have stalled the Democrats’ wide-ranging bill. A person who requested anonymity to discuss Manchin’s position told The Associated Press the senator is agreeable to the White House's new approach on the tax...
CONGRESS & COURTS・1 DAY AGO
WashingtonExaminer

President Joe Biden and progressive Democrats have failed to get the votes for a proposed major overhaul of the tax code and are now being forced to cut the size and scope of their planned infrastructure and social welfare legislative package as well.
PRESIDENTIAL ELECTION・10 HOURS AGO
Business Insider

"Why would I tell you that now?" Pelosi told CNN's Jake Tapper while laughing. She went on to say she would discuss it with her family first.
CONGRESS & COURTS・2 DAYS AGO
NBC News

Sen. Joe Manchin, D-W.Va., is reportedly pushing back on parts of President Biden’s infrastructure bill that would tackle climate change as well as the child tax credit. NBC News’ Cal Perry is in Charleston, West Virginia, to explain how the senator’s constituents are reacting as the infrastructure bill remains in limbo. Oct. 22, 2021.
CHARLESTON, WV・4 DAYS AGO