NBCUniversal Warns YouTube TV Subscribers That 14 Of Its Networks Could Soon Go Dark On Streaming Platform; YouTube Says It Will Cut Prices If No Deal Is Reached – Update

By Dade Hayes
Deadline
19 days ago 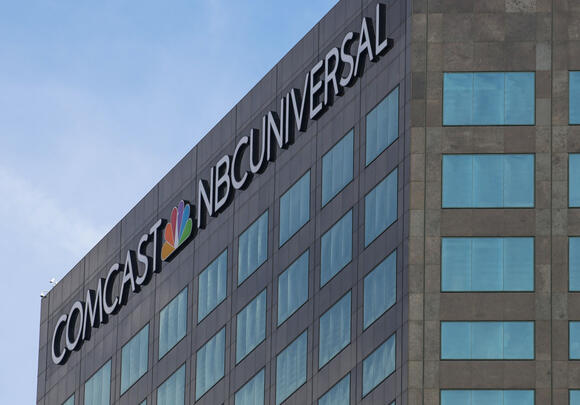 UPDATED with YouTube TV response. As a carriage dispute with NBCUniversal broke into public view, the Google-owned streaming platform announced an unusual plan if the parties are unable to reach a deal by Thursday’s deadline.

In a blog post, YouTube TV said if it is prepared to lower the monthly price for its service by $10, from $64.99 to $54.99, for as long as the NBCU networks remain dark. As to the negotiations, “Our ask is that NBCU treats YouTube TV like any other TV provider,” the company wrote. “In other words, for the duration of our agreement, YouTube TV seeks the same rates that services of a similar size get from NBCU so we can continue offering YouTube TV to members at a competitive and fair price.”

While posturing and heated rhetoric are commonplace in carriage battles, it is rare for a provider to promise customers to offer financial relief.

NBCUniversal is warning the more than 3 million subscribers to Google’s streaming bundle YouTube TV that 14 of its networks are just “days away” from going dark.

The media company did not specify a deadline, but said the impasse is imminent. Programming like fall primetime premieres and NFL football is at risk, as are local NBC stations, NBCU noted.

“NBCUniversal is seeking fair rates from Google for YouTube TV’s continued carriage of the only portfolio offering entertainment, Hispanic, news and sports networks,” the company said in a statement. “Unfortunately, Google is refusing to make a deal at these fair rates and is willing to withhold entertainment, news and sports programming from their paying customers. NBCUniversal feels a responsibility to inform our fans that they are at risk of losing their favorite shows if Google continues with their demands.”

YouTube TV, which launched in 2017, has grown steadily to become one of the top internet-delivered TV packages, but along the way it has had several impasses with programmers. Regional sports networks, because of their cost structure, have gone dark on YouTube TV. Six NBCU RSNs are also among those poised to have their signals interrupted, along with NBC and cable nets like USA, MSNBC and E!

The economics of streaming bundles have not settled into a reliably profitable mode. Large companies like Google or Disney, which operates Hulu + Live TV, have heavily promoted the services as a way of enhancing their other lines of revenue. But maintaining comprehensive channel lineups entails raising prices for customers. Initially proffered as cost-saving options for consumers, the internet bundles have seen their monthly prices rise almost to parity with traditional pay-TV.

If you want an easy way to catch up on the latest TV shows, documentaries and movies, you’ll want to take advantage of Hulu’s current deal, which gets you 30 days of free access to the service with no commitment. Use your free month to watch Emmy nominees like The Handmaid’s Tale, Shrill, and This Is Us, and Emmy winner Saturday Night Live, along with all the other films and series people are buzzing about right now. Then take $10 off your first three months of Hulu + Live TV service if you choose to continue. The one-month free trial is one...
TV SHOWS・19 HOURS AGO
thestreamable.com

DEAL ALERT: Select New YouTube TV Subscribers Can Get $10 OFF For the Next Year (15% OFF)

To get the offer, you might have to try a few different browsers and even private browsing mode. We were able to get it to work on Mobile Safari on Private Browsing mode. This is just one of the many streaming promotions that is going on right now:. This joins...
BEHIND VIRAL VIDEOS・2 DAYS AGO
cheddar.com

While Disney+ only arrived on the streaming scene two years ago, the platform has managed to grow exponentially, raking in over 116 million subscribers. One analyst firm is predicting that Disney+ will emerge as a leader in the streaming space in the next four years, eclipsing Netflix. Dirk Libbey, staff writer and associate editor at Cinemablend, joined Cheddar's "Opening Bell" to discuss.
TV & VIDEOS・3 DAYS AGO
Blazer's Edge

Report: No Deal In Place to Broadcast Blazers on DirecTV, YouTube TV, or Hulu Live TV

The Blazers’ rocky transition to ROOT Sports Northwest continued Tuesday with a detailed report from Seattle Times staff reporter Geoff Baker. The same day that ROOT posted an optimistic press release about the scope of their regional coverage, Baker reported that DirecTV has not reached terms to broadcast the Blazers this season.
NBA・3 DAYS AGO

RESTON, Va.—Comscore has announced that it is the first measurement provider to deliver deduplicated audience measurement across YouTube's largest platforms (PC, Mobile, and now Connected TV) as well as co-viewers of Connected TV screens. The move marks a significant expansion of Comscore's partnership with Google that was announced in August.
BEHIND VIRAL VIDEOS・3 DAYS AGO
news9.com

The mission here at News 9 is to keep Oklahomans safe, informed and entertained -- and that means on-air and online. It means our website, our news and weather apps, and our streaming apps for Roku, Apple TV and Amazon Fire stick. It also means our YouTube channel!. Did you...
BEHIND VIRAL VIDEOS・5 DAYS AGO
Android Headlines

YouTube TV has been routinely angering its customers, though it’s not all its fault. Between raising prices to almost double what it initially launched at – now $65 per month – and losing channels, many customers are not happy. But luckily, you can cancel your YouTube TV subscription. That’s the beauty of cord cutting. The ability to ditch a service for a competitor in just minutes. Meanwhile, with cable, that is not possible. As most areas only have one or two cable operators available. So that’s another reason that it’s a good idea to switch to a streaming service. Makes it easier to vote with your wallet.
BEHIND VIRAL VIDEOS・7 DAYS AGO
eMarketer

US YouTube Premium subscribers will hit 29.5 million this year, per updated forecast

YouTube TV vs. DirecTV Stream vs. Hulu vs. Sling TV vs. FuboTV vs. Philo: 100 channels compared

Deciding to cut the cable TV cord doesn't mean you have to give up your favorite channels. You can stream them live, including sports like the NFL and MLB, as well as live news from CNN, Fox News, MSNBC or your local TV station. One way to watch live shows without cable is to connect an antenna, but your channel selection will be relatively small. If you want more options you should check out a live TV streaming service. They deliver numerous familiar live channels, features like cloud DVRs and the ability to watch not only on TVs but also on phones, tablets and computers -- all with no cable box or contract required.
MLB・10 DAYS AGO
CNET

YouTube TV, Google's popular live-channel streaming service, was set to lose access to all channels from Comcast's NBCUniversal late Thursday, but the two companies have reached a new carriage agreement to replace the one that was originally set to expire on Friday night. The news was announced over the weekend,...
NFL・11 DAYS AGO
WebProNews

YouTube TV and NBCUniversal have reached a deal for YouTube TV to continue carrying NBCUniversal’s (NBCU) channels. YouTube TV warned last week that it was on the verge of losing NBCU’s portfolio of channels over a contract dispute, with the deadline set for September 30. In the eleventh hour, the two companies announced an extension, keeping the channels on YouTube TV while negotiations continued.
BEHIND VIRAL VIDEOS・12 DAYS AGO
tvtechnology.com

One of the benefits of ditching cable and satellite services was avoiding disputes between the carriers and major networks. It seemed like every month there was the ongoing threat of losing several channels in another dispute over broadcast rights and their price. Well, subscribers to YouTube TV, like me, found out that they can hit streaming services too.
NFL・12 DAYS AGO
xda-developers

The past few days in the TV industry have been a whirlwind, as Google and NBCUniversal fought over terms to renew YouTube TV’s access to NBC channels. Thankfully, after the public finger-pointing that usually comes from carriage disputes, both companies have come to an agreement that will keep NBC channels on YouTube TV with no added cost to subscribers.
BEHIND VIRAL VIDEOS・13 DAYS AGO
USA TODAY

YouTube TV and NBCUniversal resolved a contract dispute that nearly led to more than a dozen channels dropping from the Google-owned live TV service.
BEHIND VIRAL VIDEOS・13 DAYS AGO
thestreamable.com

OFFICIAL: YouTube TV and NBCU Agree to New Deal, Channels to Remain With No Change in Monthly Price

Yesterday, we reported that YouTube TV and NBCUniversal were closing in on a deal. This morning the two sides made it official. As part of the deal, NBC local channels, NBC Regional Sports Networks, and NBCU-owned cable channels will remain on the service. Peacock was not included as part of the deal. YouTube TV says that the subscription price will remain at $64.99 a month.
BEHIND VIRAL VIDEOS・13 DAYS AGO
NBC Sports

Relax, YouTube TV customers who were getting nervous about the prospect of Sunday Night Football and other NBC offerings exiting the platform. NBC and YouTube TV have worked out a new deal. “We are thrilled to have reached a deal with YouTube TV and can continue to offer our full...
TV & VIDEOS・13 DAYS AGO
Deadline

UPDATED with NBCUniversal statement. NBCUniversal and YouTube TV have renewed their carriage deal, averting a potential blackout. In a statement, NBCU said it didn’t want to “involve our fans” in a carriage battle, but felt “obligated” to warn them about the looming impasse last week. “We are thrilled to have reached a deal with YouTube TV and can continue to offer our full network portfolio, without interruption,” an NBCU spokesperson said. “YouTube is a valued partner and we never want to involve our fans in a dispute, but we felt obligated to let them know what was at stake. We thank...
TV & VIDEOS・13 DAYS AGO
Variety

YouTube TV customers will continue to get NBCUniversal’s suite of cable channels and local NBC stations after Google and NBCU announced an official agreement Saturday. YouTube TV said the price of the internet-television package will remain the same. In reaching the carriage renewal, NBCU dropped its ask that YouTube TV bundle Peacock Premium with the streaming service. YouTube TV said in a statement Saturday, “We’re thrilled to share that we have now reached an agreement with NBCUniversal. You’ll continue to have access to 85+ channels, including all NBCU channels, their Regional Sports Networks, and your local NBC station, with no change to...
BEHIND VIRAL VIDEOS・13 DAYS AGO