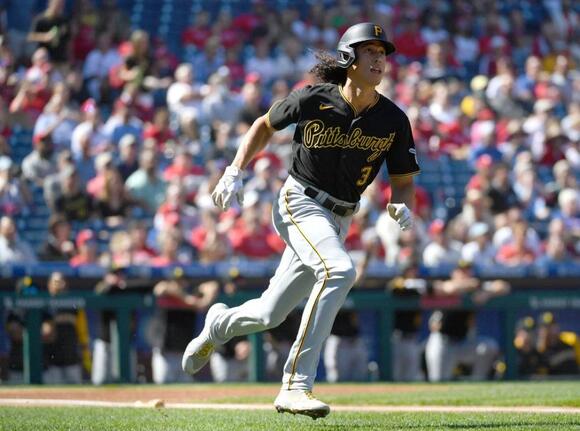 Cole Tucker homered, singled and walked twice to lift the Pittsburgh Pirates past the host Philadelphia Phillies 6-0 on Sunday.

Ke’Bryan Hayes doubled, singled and drove in two runs and Yoshi Tsutsugo added a single and two RBI for the Pirates (58-97), who snapped a three-game losing streak.

Odubel Herrera produced two hits for the Phillies (81-75), who had their five-game winning streak snapped. The Phillies had won the first three games against the Pirates. 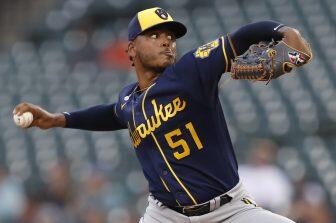 Philadelphia is two games behind the Atlanta Braves for first place in the National League East. The Braves play the San Diego Padres on Sunday.

Phillies starter Hans Crouse made his major league debut and tossed three innings. Crouse (0-1) gave up two hits and one run with four walks and one strikeout. 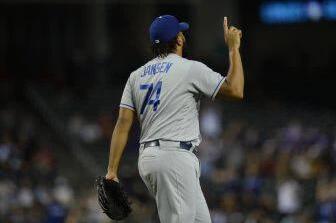 Tucker lined a solo homer off the right field foul pole for a 1-0 Pittsburgh lead on Crouse’s first career pitch.

Jean Segura singled with two outs in the third and Harper followed with a single. J.T. Realmuto struck out to end the threat.

In the fifth, the Phillies had runners on first and second with two outs, but Realmuto grounded out.

Hoy Park walked with two outs in the sixth and pinch hitter Wilmer Difo struck out on three pitches against Jose Alvarado.

Tucker walked to begin the seventh and moved to second on a balk by Alvarado. Tsutsugo grounded out and Bryan Reynolds was walked intentionally. The runners moved up on a wild pitch and Colin
Moran walked. Hayes responded with a two-run double, though Moran was thrown out at home, for a 3-0 lead.

Tsutsugo produced a two-run single in the eighth for a 5-0 advantage.

The Pirates went ahead 6-0 in the ninth when Ramon Rosso balked, allowing Hayes to score from third.

The Pittsburgh Pirates don’t have very many quality left-handed pitching options for 2022, so they should conisder pursuing these 5 free agent pitchers. The Pittsburgh Pirates left-handed pitching situation isn’t the best. Currently, Sam Howard and Anthony Banda project as the team’s two left-handed relievers, while Steven Brault and Dillon Peters are their best options for the rotation. There is a possibility that all four of those pitchers are non-tendered or designated for assignment this offseason, with the Pirates moving on from at least two of them appearing to be a lock.
MLB・4 DAYS AGO
pittsburghmagazine.com

The Pirates’ last two World Series wins had a lot in common. Both wins happened on Oct. 17. Both wins were against the Baltimore Orioles. Both series went seven games. The final games were both in Baltimore, and, most importantly for the Pirates, their biggest stars finished as Most Valuable Players.
PITTSBURGH, PA・3 DAYS AGO
Yardbarker

Will the Chicago Cubs move past the World Series champion core for good this winter? Or is a reunion (or reunions) in the cards? That’s been heavily debated among fans for the past month-and-a-half or so after Jed Hoyer sold off everything not bolted down at the July 30 deadline.
MLB・28 DAYS AGO

A Jose Altuve single would’ve kept the Astros alive in the top of the fifth inning in ALCS Game 4 but the umpires hosed Houston instead. The Houston Astros entered Game 4 of the ALCS in dire need of a win over the Boston Red Sox. Unfortunately, the umpire crew at Fenway Park wasn’t trying to do them any favors.
MLB・2 DAYS AGO
NJ.com

BOSTON — Yankees manager Aaron Boone has at least one big lineup decision to make for Tuesday night’s American League Wild Card Game. Will it be Rougned Odor at third base with Gio Urshela at shortstop facing Red Sox All-Star righty Nathan Eovaldi at Fenway Park, or will Boone opt to play Andrew Velazquez at short with Urshela at third?
MLB・17 DAYS AGO
The Spun

If the Boston Red Sox are going to take down the New York Yankees in the American League Wild Card Game tonight, they’ll need to do it without star slugger J.D. Martinez. Martinez was not included on Boston’s roster for the AL Wild Card Game due to a sprained left ankle. He suffered the injury in the fifth inning of Boston’s regular-season finale on Sunday.
MLB・16 DAYS AGO
New York Post

The Chicago White Sox were eliminated from the playoffs on Tuesday after losing Game 4 of their American League Division Series, 10-1, to the Houston Astros. The White Sox, specifically manager Tony La Russa, did not go quietly into the winter, however. Rather, La Russa made it clear that he...
MLB・8 DAYS AGO
FanSided

Boston Red Sox fans let Kyle Schwarber have it for letting a pop-up land on the infield, and he probably had it coming. If you let Schwarber play first base long enough, something like this was bound to happen. The Sox knew this when they acquired him from the Washington Nationals, and they sure as hell didn’t trade for him because of his defensive ability.
MLB・27 DAYS AGO
USA TODAY

While there are sure to be some free agent signings and wheeling and dealing by Jed Hoyer this offseason, it’s a good bet that a few of your favorite September (and October) Chicago Cubs will still be playing with the team in 2022. We know that won’t be the case for all 67 of the guys the Cubs have used this season, but there’s reason for hope for a few of the bright spots amongst the new-look end of summer North Siders.
MLB・18 DAYS AGO
The Spun

Max Scherzer started the Wild Card game for the Los Angeles Dodgers tonight. He did not make it through the fifth inning. While Scherzer gave up just one run, Dodgers manager Dave Roberts pulled his ace with one out and two men on in the top of the fifth inning.
MLB・15 DAYS AGO
FanSided

Remember during the AL Wild Card Game a few years back between the New York Yankees and Oakland Athletics? A matchup that resulted in a 7-2 victory for the Bombers was overshadowed by the baseball community whining about an innocent A’s fan getting three ounces of beer dumped on his head during a home run celebration.
MLB・13 DAYS AGO
MLB Trade Rumors

MLB announced they are extending Braves outfielder Marcell Ozuna’s administrative leave through the playoffs. Ozuna has been away from the team since he was investigated on domestic violence charges in late May. On Sept. 9, the Braves outfielder entered a plea deal to get those charges dropped, but in doing so will enter a diversion program that will last three-to-six months. MLB is rightly waiting for Ozuna to complete said program and get the charges dropped.
MLB・23 DAYS AGO
FanSided

The Los Angeles Dodgers are fighting the San Francisco Giants for the NL West title and one of their fans is fighting security inside Dodger Stadium. Dodgers fans are dealing with some tough injury news surrounding Clayton Kershaw who had to leave Friday’s start early and his postseason availability is in doubt.
MLB・19 DAYS AGO