Baby dies after being found unresponsive by babysitter in bathtub 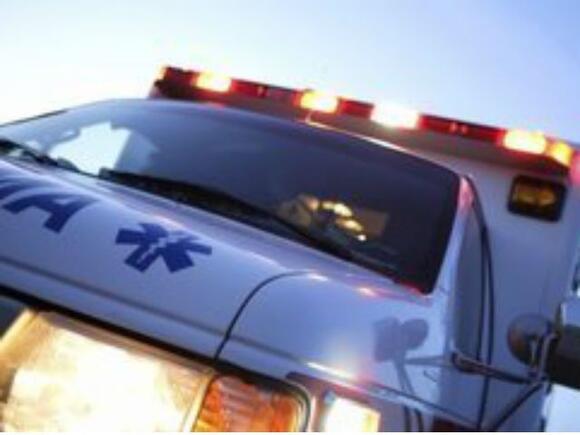 Cleveland police are investigating after a child left in the care of a babysitter died after being found in a bathtub Saturday evening.

Around 10:35 p.m., officers were called to the 4700 block of Woodland Avenue for report of an unresponsive 1-year-old boy.

Before police arrived, EMS had responded to the scene and transported the boy to Rainbow Babies Children's Hospital where he was pronounced dead.

As with all child fatalities, the Homicide Unit was called to the scene and investigators said preliminary information indicates that a 22-year-old man was babysitting the boy, who is his girlfriend's child, along with three other children.

The 1-year-old boy was reportedly found unresponsive in the bathtub before first responders were called to the scene.

No additional information was provided at this time.

The incident remains under investigation.

a 22yr.young man should know not to leave a 1yr.old in a bathtub alone in the first place. Ladies you have to be very careful about whom you leave your children with. My heart goes out to the family.

Maybe these "single moms" need to start being held accountable for their poor decisions, in boyfriends (while refusing parenting time to the actual father) and "babysitters". These women never learn.

These single women need to stop leaving their children with these men. You have to be aware and pay attention to your children vibes around people you let in your home. My deepest condolences to to the family

A 65-year-old man from Garfield Heights died Thursday after he lost control off his vehicle on I-480 just before the Valley View Bridge.
GARFIELD HEIGHTS, OH・7 HOURS AGO
News 5 Cleveland WEWS

An East Cleveland police officer will not face charges in the death of nineteen-year-old Vincent Belmonte, who was shot multiple times following a pursuit that stemmed from a traffic stop for a broken muffler, Ohio Attorney General Dave Yost announced Friday.
EAST CLEVELAND, OH・6 HOURS AGO
News 5 Cleveland WEWS

Man crashes into pole after shooting, dies at hopsital

A 37-year-old man was killed in a shooting in Cleveland’s Forest Hills neighborhood Tuesday night, according to the Cuyahoga County Medical Examiner.
CLEVELAND, OH・2 DAYS AGO

A 20-year-old man was shot multiple times after a fight in a parking lot outside a restaurant in Northfield Center Township, located in Summit County, according to the sheriff’s office.
SUMMIT COUNTY, OH・1 DAY AGO
News 5 Cleveland WEWS

A male believed to be between 15 and 17 years old robbed a Subway restaurant on Kenmore Boulevard, according to the Akron Police Department.
AKRON, OH・1 DAY AGO
News 5 Cleveland WEWS

A 30-year-old male was found shot to death in the living room of a home on Crestwood Avenue Tuesday morning, according to the Cleveland Division of Police.
CLEVELAND, OH・3 DAYS AGO
News 5 Cleveland WEWS

A woman has died after a fire engulfed a home on Broad Avenue NW in Canton Monday, according to the Canton Fire Department.
CANTON, OH・3 DAYS AGO

Authorities find 86-year-old man who walked away from home

Update: The man has been found.
PUBLIC SAFETY・1 DAY AGO
News 5 Cleveland WEWS

More than 46 years after his conviction for murder, 83-year old Isiah Andrews returned to a Cuyahoga County courtroom Tuesday to be retried on charges he killed his wife Regina Andrews in September 1974.
CUYAHOGA COUNTY, OH・2 DAYS AGO
News 5 Cleveland WEWS

Akron police are investigating smash and grab incidents at two smoke shops that happened twice at each location within the last month, according to the department.
AKRON, OH・3 DAYS AGO