By @IamDaniCanada
Bossip
20 days ago 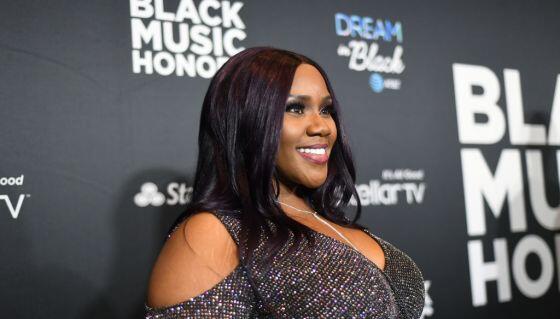 As questions continue to swirl surrounding Kelly Price , people close to the singer are offering updates for her concerned fans.

As previously reported family sources told BOSSIP that the singer is not missing and is safe at home following reports that she allegedly hasn’t been seen in a month. 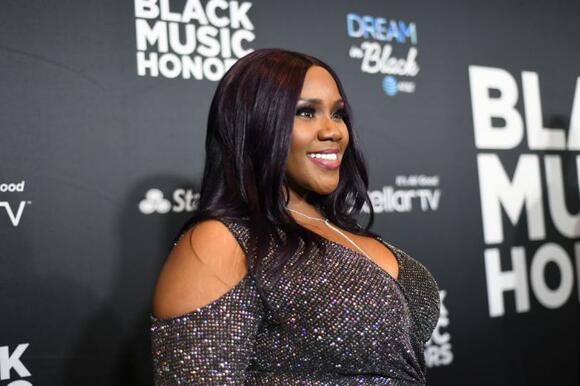 Now Kelly’s lawyer, Monica Ewing, is assuring everyone that Kelly is “safe.” Ewing told the Cobb County Police Department that Price was recovering from COVID-19 at an undisclosed location and is not in harm’s way, according to TMZ .

Kelly announced that she was battling the virus in July and was reportedly hospitalized and discharged.

Now another person is weighing in on Kelly Price’s whereabouts; No Limit rapper Mia X .

The legendary emcee who likens Kelly to a “sister” shared on Instagram that Kelly is “not being held against her will” and is indeed recovering from coronavirus, allegedly.

“I heard her voice and can’t wait until she’s back moving around and on social media personally talking to her peeps and performing again,” wrote X.

Mornell’s IG story came after the singer’s sister Shanrae Price said she’s STILL worried about her little sister, whom she said she hasn’t heard from since she was discharged from a Georgia hospital.

“My sister is a very visible person. We haven’t heard anything from her in months,” Shanrae said on Larry Reid Live . “She was sick, and she was very sick with COVID. This is unlike her, no one has heard from her. I know everyone has their own opinion. I don’t do stuff like this, but I’m gonna call in until we physically see my sister. We don’t know anything, so I don’t know who is calling in and saying what.”

We hope Kelly will personally make a statement soon to reassure her fans.

What do YOU think about the latest Kelly Price update?

Kash Doll fans were full of joy and congratulatory messages for the star last night as she announced she's expecting her first baby. The Detroit rapper made the surprise announcement with a set of beautiful maternity shots shared to her Instagram page on Thursday evening.
CELEBRITIES・22 DAYS AGO
hotnewhiphop.com

Over three years after he claimed to have slept with Cardi B, King Yella has finally turned to his Instagram page to issue a public apology to the “Bodak Yellow” rapper. He posted a throwback photo of the two hanging out in what appears to be a hotel room with a heartfelt caption.
CELEBRITIES・21 DAYS AGO
Distractify

R&B Singer Kelly Price Breaks Silence About Her Whereabouts: "I Was Never Missing"

Fans of R&B and gospel singer Kelly Price are breathing a sigh of relief. After rumors persisted that the 48-year-old was missing, which were fueled by concerns shared by her own family members, it turns out that Kelly is, in fact, not MIA. Article continues below advertisement. So, what happened...
CELEBRITIES・17 DAYS AGO
HipHopWired

Diddy continues his world tour of bachelorhood and his newest love interest is Joie Chavis. Thankfully Bow Wow is not upset with the mogul dating his child’s mother. As spotted on TMZ the former So So Def Records star is not phased at all by the pictures of his former flame looked very cozy with the […]
CELEBRITIES・14 DAYS AGO

Lala Anthony Speaks Publicly About Her Divorce For The First Time: ‘It Got Bad’

In an interview with Power 105.1's Angie Martinez, Lala Anthony opened about her split from ex-husband Carmelo Anthony for the first time.
RELATIONSHIPS・4 DAYS AGO
HipHopDX.com

Los Angeles, CA – JAY-Z clearly wasn’t expecting to see Kelly Rowland at the private screening of The Harder They Fall in Los Angeles on Wednesday night (October 13) — but there she was, in all her Destiny’s Child glory. A clip of their impromptu reunion became a trending Twitter...
LOS ANGELES, CA・1 DAY AGO
Page Six

Rapper Lil Baby took to social media Friday to call out New York City jeweler Rafaello and Co. for selling him a fake Patek Philippe watch for just under half of a million dollars. “Now @rafaelloandco y’all Kno better then [sic] to sell ME of all people a FAKE Or...
CELEBRITIES・27 DAYS AGO
The Breakfast Club

Viral hitmaker Yung Baby Tate was bombarded with hateful comments about her body after a few pictures surfaced from her performance at Afro Punk in Atlanta last month. The star hit the stage in a matching leopard suit ensemble that exposed all of her curvaceous assets, but social media watchdogs weren’t too happy with the “I Am” singer for showing off her body. One person even advised Yung Baby Tate to “lose 10 pounds” and called her out for being “out of shape,” according to REVOLT.
THEATER & DANCE・11 DAYS AGO
HOT 97

Chloe Bailey delivered a show-stopping performance during the MTV VMAs. This performance was Chloe’s first solo without her sister, Halle, and it’s safe to say she killed it. Chloe’s performance of her new single “Have Mercy” was a fan favorite of the night, as she was trending on Twitter following the show.
CELEBRITIES・26 DAYS AGO
HipHopDX.com

Saweetie was a trending Twitter topic on Friday night (October 8) after an old clip of the “ICY GRL” rapper talking to Too $hort resurfaced. During the conversation, Short Dawg confessed he’d never dated a fully Black woman and was more attracted to biracial women due to growing up in the Bay Area.
CELEBRITIES・6 DAYS AGO
MadameNoire

‘I Love My Blackness’: Too Short Apologizes For Resurfaced Colorist Comments

The Bay Area legend is asking for forgiveness over his comments about mixed race women.
CELEBRITIES・3 DAYS AGO

As Netflix’s upcoming all-Black Western The Harder They Fall starring Idris Elba, Regina King, Jonathan Majors, and more continues to premiere in different cities across the globe, one of the film’s notable co-producers, Jay-Z, shared a special moment on the red carpet in L.A. with longtime friend Kelly Rowland. Netflix...
CELEBRITIES・1 DAY AGO
nickiswift.com

NeNe Leakes is a celebrity who has always been very confident about her appearance, and of course, honest about always needing to feel camera ready. She's also very unfiltered in the many things she says. In an interview with New Beauty back in 2017, the former "The Real Housewives of...
CELEBRITIES・29 DAYS AGO
HipHopDX.com

Dr. Dre Accused Of Having Love Child With Mistress In Billion-Dollar Divorce That Won't End

Dr. Dre’s messy divorce battle has taken up some of the legendary producer’s time, and it looks to be going even longer after some bombshell news. According to Page Six, Dr. Dre’s relationship with an alleged mistress and their love child has surfaced. The ongoing battle has Dr. Dre and...
TROUBLE RELATIONSHIP・11 DAYS AGO
St. Louis American

Love potentially in the air for Diddy, Joie Chavis

Since his breakup with Cassie in 2018, he’s been linked to Yung Miami, Tina Louise, and Lori Harvey. In lieu of his annual Labor Day weekend white party, he cozied up on a yacht in Capri with model Joie Chavis. Prior to his PDA session with Chavis, he watched his...
CELEBRITIES・28 DAYS AGO

And she's doin' it like it's her birthday!
HAIR CARE・4 DAYS AGO
MadameNoire

After Cynthia Bailey announced her exit from the Bravo reality show, Rozina Negusei was unveiled as an addition to the show.
TV & VIDEOS・17 DAYS AGO