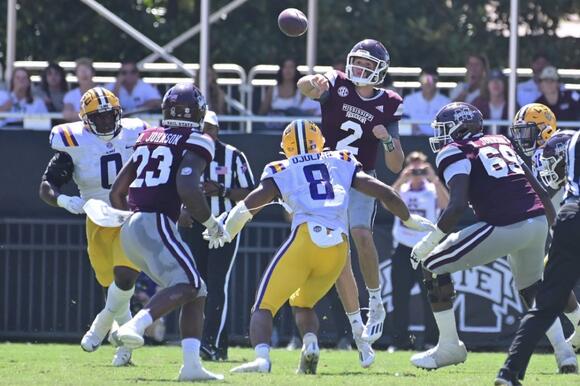 Johnson, who threw a career-high five touchdowns in a victory against Central Michigan last week, completed 17-of-27 passes for 280 yards with one interception as the Tigers (3-1, 1-0) won their third consecutive game after a season-opening defeat at UCLA.

Two of Johnson’s TD passes went to Kayshon Boutte, who has eight touchdown catches this season.

The LSU defense contained the Bulldogs’ passing offense until the final minutes after Mississippi State had an SEC-record 623 passing yards in a 44-34 victory against the Tigers last season.

Will Rogers completed 47-of-62 passes for 371 yards with three touchdowns and one interception for Mississippi State (2-2, 0-1).

On the second play from scrimmage after halftime, Johnson and Boutte connected on a 64-yard touchdown pass that gave LSU a 14-3 lead.

Johnson then threw a 58-yard touchdown to Trey Palmer to increase the lead to 21-3 with 3:35 remaining in the third quarter. 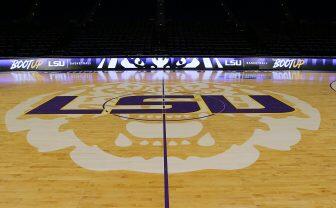 Rogers threw a 29-yard touchdown pass to Makai Polk with 26 seconds remaining in the quarter to cut the Tigers’ lead to 21-10.

Rogers threw a 2-yard touchdown pass to Austin Williams and a 16-yarder to Jo’quavious Marks with a two-point conversion to cut the LSU advantage to 28-25 with 1:53 remaining. The Bulldogs’ ensuing onside kick failed. 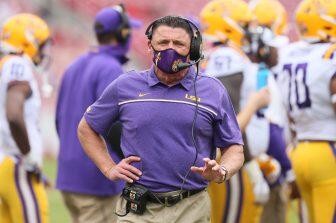 LSU forced a fumble on the first possession of the game and Damone Clark returned the ball 35 yards to the MSU 35. The Tigers converted a fourth-and-1 on their way to Johnson’s 11-yard touchdown pass to Boutte for a 7-0 lead at the end of the first quarter.

The Bulldogs used 14 plays to drive 80 yards to Nolan McCord’s 23-yard field goal that cut the lead to 7-3 and it stayed that way at the end of the first half.

WATCH: No. 5 Alabama bounces back from loss, punishes Mississippi State

Bryce Young threw for 348 yards and four touchdowns Saturday night as No. 5 Alabama authored a predictable rebound from
ALABAMA STATE・21 HOURS AGO
Sportsnaut

The college football rankings are the bottom-line determination of a team’s fate. Beginning with the Associated Press and coaches polls, and followed by the College
ALABAMA STATE・13 HOURS AGO
Sportsnaut

Matt Corral accounted for 426 total yards Saturday night as No. 13 Mississippi held off Tennessee for a wild 31-26
MISSISSIPPI STATE・13 HOURS AGO

The 2021 college football season has featured plenty of new faces on big-time programs, but there are some returning starters
NFL・8 HOURS AGO
Sportsnaut

Caleb Williams threw for 295 yards and four touchdowns to lead No. 4 Oklahoma to a 52-31 win over TCU
OKLAHOMA STATE・20 HOURS AGO
Sportsnaut

Georgia stayed atop the Associated Press Top 25 poll and No. 2 Iowa plummeted out of the Top 10 in
GEORGIA STATE・4 HOURS AGO

Nick Rolovich could have coached final game at Washington State

WATCH: Utah rallies in second half, upsets No. 18 Arizona State

Second-year Indianapolis Colts running back Jonathan Taylor has made some pretty big plays as a sophomore. That included a 76-yard
NFL・4 HOURS AGO

Kirk Cousins threw 27 yards to K.J. Osborn on the first possession of overtime as the visiting Minnesota Vikings defeated
NFL・2 HOURS AGO
Sportsnaut

Matthew Wright made a 53-yard field goal as time expired to help the Jacksonville Jaguars snap a 20-game losing streak,
NFL・6 HOURS AGO