3 dismembered bodies, including a child, found in burning Texas dumpster 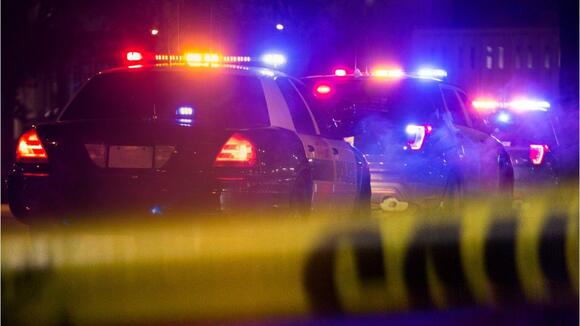 FORT WORTH, Texas — Three dismembered bodies were found in a burning dumpster on Wednesday, Fort Worth police confirmed.

The grisly discovery was made by Fort Worth firefighters responding to the dumpster fire at around 6:15 a.m., KXAS reported.

The third victim, a man, has been identified as 42-year-old David Lueras, who was known to frequent the Dallas area and has ties to Hurst, Euless, and Bedford, KXAS reported.

Police also confirmed to The Dallas Morning News that the condition of the bodies has hindered the identification process and asked for the public’s assistance with the investigation.

“Identifying the perpetrators and suspects of this triple murder is the primary goal of this investigation,” the police department said in a written statement.

PALM BAY, Fla. — A Florida man is accused of beating his 12-year-old son and leaving him in a family laundry room to die, authorities said. Jason Daniel Godleski, 33, of Palm Bay, was charged with aggravated manslaughter of a child and failure to report a death, according to Brevard County online court records.
FLORIDA STATE・10 HOURS AGO
WPXI Pittsburgh

BUNNELL, Fla. — A Florida man who was driving with a clown mannequin is accused of having a live grenade in the back of his pickup, authorities said. Louis Wyatt Branson, 65, of Palatka, was charged with driving with an expired license for more than six months, possession of drug paraphernalia, possession of a firearm, weapon, or ammo by convicted felon, possession of marijuana and possession of cocaine, in addition to the original charges, according to Flagler County Sheriff’s Office booking records.
FLORIDA STATE・13 HOURS AGO
WPXI Pittsburgh

NEW CASTLE, Pa. — New Castle police are searching for a man wanted for a deadly weekend shooting. Police said just before 7 p.m. on Sunday, police were dispatched to a New Castle hospital for a reported gunshot victim who was brought in. The victim, later identified as Devon Thompson, died from his injuries.
NEW CASTLE, PA・9 HOURS AGO
WPXI Pittsburgh

NORTH PORT, Fla. — Police on Tuesday denied allegations that went viral on social media claiming that DNA from remains found last week in a Florida nature reserve did not match Brian Laundrie, the 23-year-old person of interest sought in the death of his fiancee, 22-year-old Gabrielle “Gabby” Petito. “The...
NORTH PORT, FL・13 HOURS AGO

PITTSBURGH — A man was arrested and charged after he boarded a Port Authority bus in Pittsburgh, was asked to put a mask on and subsequently punched the bus driver, police said. According to court documents, David Moore, 28, was charged with aggravated assault and terroristic threats in relation to...
PITTSBURGH, PA・9 HOURS AGO
WPXI Pittsburgh

NORTH STRABANE TWP., Pa. — The family of a woman killed while driving home on Interstate 79 is speaking out for the first time. Holly Davis was just one exit from home when a driver going the wrong way hit her vehicle head-on. Her family has learned someone has anonymously paid for all of her funeral expenses.
NORTH STRABANE TOWNSHIP, PA・10 HOURS AGO
WPXI Pittsburgh

State troopers in Wyoming seized 601 pounds of methamphetamine and 108 pounds of cocaine during a traffic stop Sunday, authorities said. The drugs, discovered on Interstate 80 near Evanston, are worth more than $3 million, the Casper Star-Tribune reported. It is the largest amount of meth seized at once in...
WYOMING STATE・6 HOURS AGO
WPXI Pittsburgh

PITTSBURGH — The founder of the Black Lives Matter Pittsburgh branch, Tanisha Long, is calling for the officers who were involved in a taser incident in Bloomfield to be charged in a man’s death. Jim Rogers died at the hospital the day after police deployed a Taser on him after...
PITTSBURGH, PA・14 HOURS AGO
WPXI Pittsburgh

GEORGETOWN, Ky. — Halloween is a few days away, but there are some who want their treats early. A man in Georgetown, Kentucky, got a real treat when he reviewed his doorbell camera on Tuesday, WAVE-TV reported. The pumpkins the man left on his front porch as Halloween decorations were...
KENTUCKY STATE・6 HOURS AGO
WPXI Pittsburgh

KISKI TOWNSHIP, PA — An Armstrong County couple has been charged after a 3-year-old girl was beaten. The Kiski Township Police Department along with Armstrong County Child, Youth & Family Services began an investigation into a child abuse allegation on Oct. 19. After learning more, police discovered that Taylor McCormick,...
ARMSTRONG COUNTY, PA・13 HOURS AGO

Judge acquits man who lived at Chicago airport for 3 months

CHICAGO — (AP) — A man who spent three months living in a secured terminal at Chicago's O'Hare International Airport instead of flying home to India as he had planned has been acquitted on a felony trespassing charge. Cook County Judge Adrienne Davis acquitted Aditya Singh on the charge this...
CHICAGO, IL・13 HOURS AGO
WPXI Pittsburgh

PITTSBURGH — According to a newly approved piece of legislation, Pittsburgh police will be required to publish data about certain incidents with breakdowns by demographics like race and gender. On Tuesday, City Council approved the resolution directing the Bureau of Police to take immediate steps to improve its data collection...
PITTSBURGH, PA・15 HOURS AGO
WPXI Pittsburgh