By rebecahjacobs
Bossip
30 days ago 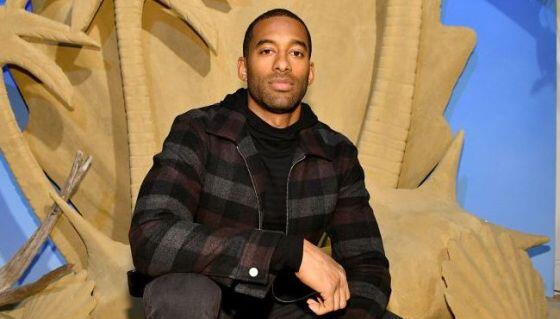 Following his time on The Bachelor , Matt James is admitting that he felt a lot of pressure to pick a Black woman as his partner….not enough to actually do that, but pressure, ya know? 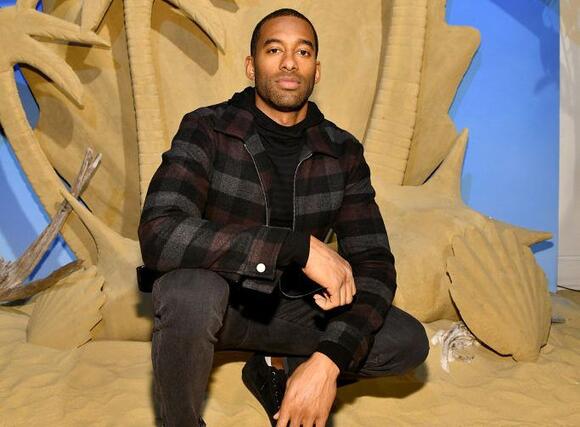 Now that James is a contestant on Dancing With The Stars , he’s making his rounds to all the talk shows–something he didn’t really do following his season of The Bachelor because of all the controversy surrounding his now-girlfriend, Rachael Kirkconnell , and her racist past.

Despite saying they’d broken up during the show’s finale due to the resurfaced photos of Kirkconnell at an Antebellum South-themed party, they got back together soon after, and have been inseparable ever since. Truly heartwarming.

On The Ellen DeGeneres Show on Friday, guest host Arsenio Hall asked James about the pressures he faced being the franchise’s first Black male lead.

“It was a lot on both sides, because, you know, my dad’s Black and my mom’s white,” he said.

When asked whether he felt “pressure” to pick a Black woman in the end, James replied: “One hundred percent.”

“There was pressure on both sides,” he continued. “But ultimately, your heart leads you where love is and that’s what I followed.”

Matt went on to  say, “You’ve got to be very stern in how you feel about things. You don’t want to rush things, so we take things day by day and we’re very much in love and very happy right now.”

Check out more from Matt down below:

Steve Harvey Credits Wife, Marjorie, For Helping Him Ditch The Long Suits And Upgrading His Style

Steve Harvey's style game has experienced a major upgrade lately, and, according to the comedian, all of the credit goes to his wife Marjorie, who told him she was "tired of being married to a pimp."
BEAUTY & FASHION・2 DAYS AGO
HollywoodLife

Move over Ellen — Mellen has arrived in the form of Jason Sudeikis! The actor brought his spin on the talk show host to ‘SNL.’. Jason Sudeikis, 45, brought all the laughs on Saturday Night Live — including in this Ellen DeGeneres spoof! The Ted Lasso star played spoofed male version Mellen who dressed just like the talk show host, and had a show in a very similar looking set as a voice over explained the difference between the two.
CELEBRITIES・1 DAY AGO
CinemaBlend

After decades on television, Steve Harvey's suit game has evolved as he embraced fashion. But nothing can compare to the current style evolution he’s going through right now. As of late, Harvey has taken the internet by storm as his bold fashion choices have become a major topic. Followers have noticed the television personality mixing and matching prints, patterns, and textures in new fashion-forward ways. With more fans asking for fashion advice from the Family Feud host, he finally revealed what lead to his recent viral fashion.
BEAUTY & FASHION・6 DAYS AGO
GoldDerby

Matt James (‘Dancing with the Stars’) was rare early elimination for ‘Bachelor Nation’: Did judges make the right call? [POLL]

Three things in life are certain: death, taxes, and that “Bachelor Nation” will rally behind their faves on “Dancing with the Stars.” But that didn’t pan out for Matt James, who was eliminated in 12th place at the end of “Disney Villains Night.” It was a close call, though. The judges had to choose between him and another reality star, “Real Housewives” alum Kenya Moore. Did you agree with their choice? Scroll down to vote in our poll at the bottom of this post. There have been many, many contestants from the “Bachelor” extended universe on “DWTS.” That includes three Mirror...
TV SHOWS・12 DAYS AGO

In a crossover none of us saw coming, Cardi B and Penn Badgley are one another's biggest fans.
CELEBRITIES・4 DAYS AGO
Page Six

Just call her Megan Thee Hellraiser. The “Savage” rapper, 26, revealed an over-the-top Halloween costume on Sunday, sporting a totally bald and painted-white head as Pinhead from “Hellraiser.”. “Pain has a face. Allow me to show you. Gentlemen I am pain,” she captioned images of her transformation alongside shots of...
CELEBRITIES・4 HOURS AGO
WFTV Channel 9 Orlando

Former Bachelor host Chris Harrison will soon be a married man. The television personality announced his engagement to his girlfriend of three years, Lauren Zima, Us Weekly reported. Harrison popped the question to Zima, an Entertainment Tonight correspondent, over the weekend. The couple shared the news on social media Monday,...
CELEBRITIES・17 MINUTES AGO
The Independent

Saturday Night Live poked fun at Ellen DeGeneres with a skit involving Jason Sudeikis.The Ted Lasso star, and former SNL cast member, hosted an episode of the American sketch show for the first time on Saturday (23 October).Among the highlights were his opening monologue, in which he joked that Ted Lasso’s success was “truly shocking”, as well as cameo appearances from Oscar Isaac, Emily Ratajkowski and Nicholas Braun., who plays Greg in HBO show Succession.But, it was his skewering of DeGeneres, whose talk show is set to come to an end following (but not due to) multiple accusations of...
TV & VIDEOS・1 DAY AGO

Once Boosie caught wind of this harmless joke, he does what we all expected him to do and threw even more homophobia Lil Nas X's way--but this time, it was even more violent than usual.
CELEBRITIES・1 DAY AGO
SheKnows

Paris is without question the ideal city for memorable fashion looks and trying new trends. The Fashion Capital of the World is home to designer shops, boutiques galore, and of course several fashion shows and celebrations throughout the year. At the recent 100 years of Vogue Paris Celebration, Michael Jackson’s eldest child, daughter Paris Jackson, was spotted looking like total pop star royalty in her gorgeous garb, and we loved every bit of it.
BEAUTY & FASHION・23 DAYS AGO
International Business Times

Leah Remini guested on Ellen DeGeneres' popular talk show Tuesday and called out the host for her responses, accusing her of "acting interested" before hitting her. During her appearance on "The Ellen DeGeneres Show," the "King of Queens" alum got into the Halloween spirit by quipping the 63-year-old host that "it's normal for a parent to scare the crap out of their kids."
CELEBRITIES・20 DAYS AGO
atchisonglobenow.com

Jake Gyllenhaal fancied Jennifer Aniston so much it was "torture" doing love scenes with the actress. The pair starred together in 2002 film 'The Good Girl' and the 40-year-old star says it wasn't easy because of his real life crush on the 52-year-old 'Friends' actress. Speaking during an interview with...
CELEBRITIES・19 DAYS AGO

We Can’t Believe What Nicole Kidman Is Saying About Her Divorce From Tom Cruise Now--Yikes!

Nicole Kidman and Keith Urban are the epitomai of couple goals, so it’s always hard to remember a time when they weren’t together. And we sometimes forget that once upon a time, she and Tom Cruise were not only an item but actually one of the hottest couples in Hollywood. Now that’s taking us back…
CELEBRITIES・27 DAYS AGO
HipHopDX.com

Kodak Black had fans questioning his behavior when he was filmed grabbing his mother’s rear and trying to kiss her on the mouth during his brother’s Miami birthday party earlier this month. But according to Yak, he doesn’t see anything wrong with it. In fact, he sees it as a sign of ultimate respect to show his mother how beautiful he thinks she is. On Saturday (October 23), video of Kodak addressing the viral clip started making the rounds but only seemed to make matters worse.
CELEBRITIES・1 DAY AGO
E! News

Mariah Carey apparently was not enjoying a sweet fantasy after Nick Cannon gave their twins a certain birthday gift this year. On Thursday, Oct. 7, a preview clip from his daytime talk show Nick Cannon showed the 41-year-old host of The Masked Singer revealing that ex-wife Mariah wasn't pleased when he went behind her back to buy cell phones for their twins Moroccan and Monroe to celebrate their 10th birthday in April. Nick and Mariah finalized their divorce in 2016, and he has since welcomed five children from other relationships.
CELEBRITIES・17 DAYS AGO
Popculture

Nia Long was a star on the rise when she appeared in the hit NBC series The Fresh Prince of Bel-Air and now she has something to say to the star of the show, Will Smith. PopCulture.com recently caught up with Long who was asked about her time on the show and watching the reunion special, which aired on HBO Max in November 2020.
CELEBRITIES・3 DAYS AGO
HollywoodLife

Leni Klum rocked a black mini dress while posing for photos with dad Seal at the LA premiere of Netflix’s ‘The Harder They Fall.’. Heidi Klum‘s 17-year-old daughter Leni made a rare red carpet appearance with her adopted father, Seal, on Wednesday, October 13 at the premiere for the new Netflix Western film, The Harder They Fall. Leni and Seal, who has raised the rising model with Heidi, 48, since her birth in 2004, posed for photos together on the carpet at The Shrine in Los Angeles. The pair were there to celebrate the new film, which Seal contributed to the soundtrack of alongside JAY-Z and Lauryn Hill.
LOS ANGELES, CA・11 DAYS AGO
countryliving.com

The Wendy Williams Show is back—but without its host. Wendy Williams, 57, is “experiencing serious complications as a direct result of Graves’ disease and her thyroid condition,” per a statement posted to the show’s Instagram account on October 12. “It has been determined that more time is needed before she is able to return to her live hosting duties.” Instead, a series of guest hosts and panels will take Williams’ place.
CELEBRITIES・1 DAY AGO
TMZ.com

Snoop Dogg's mother, Beverly Tate, has died ... this according to her own son. The rapper broke the news Sunday, posting a tribute to her on Instagram and writing ... "Thank u god for giving me an angel 🕊 for a mother 💖🙏🏽🌹💝 TWMA." There's another post where he thanks his mom for having him. A cause of death wasn't revealed.
CELEBRITIES・20 HOURS AGO