By Philip Duncan
The Independent
21 days ago 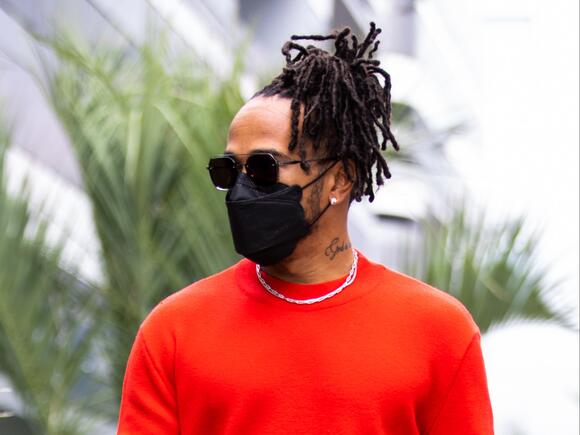 The two drivers collided at the Italian Grand Prix a fortnight ago – their second coming together in five fixtures.

And Hamilton, five points adrift of Verstappen heading into Sunday’s Russian Grand Prix , suggested his  rival is struggling to cope with the psychological burden of battling for his first championship.

“When you point a finger in a direction, there are three pointing back at you, and the one that is really feeling the pressure is Lewis.

“He is fighting to be the most successful driver of all time, he is the defending champion.

“Max is 23, he has got many years ahead of him, and coming into this season he was the outsider. He is just enjoying it, the racing, the challenge, and he has the benefit of youth.

“Time never stands still and Lewis has achieved so much, a phenomenal champion, but there is always going to be the next generation.

“They are completely different characters. Max is the type of guy whose life is about racing, and if he is not racing on track, he is racing online. Lewis leads a very different life.”

Lewis loves to try and play with people’s minds, and Max just doesn’t bite. The one that is really feeling the pressure is Lewis.

Hamilton and Verstappen are embroiled in one of the most talked-about Formula One title battles of recent memory.

Hamilton has triumphed just once in his last 11 appearances – with Verstappen’s Red Bull team holding the edge.

However, the 36-year-old will be handed a golden opportunity to claim his 100th career win, and take control of the title fight here in Sochi, with his rival at the back of the grid following an engine penalty.

Their on-track rivalry has been played out against the backdrop of Mercedes and Red Bull squabbling off track, with Horner and his Mercedes counterpart Toto Wolff trading insults.

Horner, who guided Red Bull to four consecutive triumphs between 2010 and 2013, added: “When we competed against McLaren for the championship and Lewis was driving for them, and when we were competing against Ferrari with Fernando Alonso and Stefano Domenicali, it was a very different atmosphere to this one.

“This has felt a lot more political with lots more going on behind the scenes. The inbox from Toto to the FIA, they are going to need a major clearout at the end of the year.

“Toto has never been in a position where he has been challenged. He inherited a very competitive team from Ross Brawn and he has done a great job in maintaining that but this is the first time he has had this kind of pressure and people react to pressure in different ways.”

Wolff called Verstappen’s collision with Hamilton at Monza as a tactical foul to ensure he retained the lead of the championship. 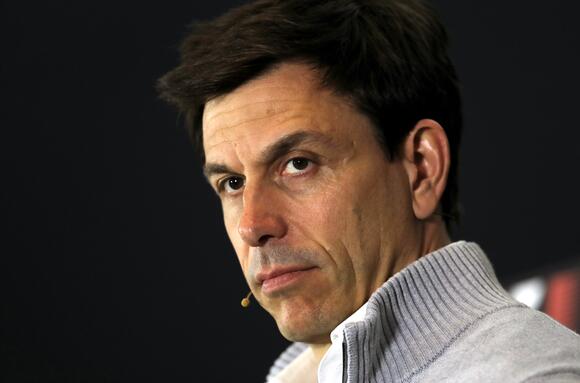 Verstappen was also accused of unsporting behaviour after he failed to check on Hamilton, despite his Red Bull machinery landing on top of his rival’s car. Hamilton said he felt grateful to be alive.

But Horner said: “I was really disappointed to hear Toto call it a tactical foul.

“Max is a racing driver and he is going to go for a gap and both drivers knew how important it was to be ahead and neither wanted to concede.

“I spoke to Max after the race and he said ‘I could feel Lewis trying to reverse out while I was sitting in the car, so there was need for me to check on him.’

“It was not a driver in need of desperate medical attention. It wasn’t like when Max hit the wall at 150mph and he was knocked out. There was a lot made of that but it was a cover-up to excuse what happened at Silverstone.”

The reigning world champion was angry with his team's decision to pit late on but his team boss said the driver risked a "catastrophic" DNF.
MOTORSPORTS・5 DAYS AGO
buckinghamshirelive.com

Former Formula One driver Mark Webber has questioned Red Bull over whether they’ve given Max Verstappen the best chance of winning this season’s Driver’s Championship. The Dutchman leads the way in the race for the title, but holds a slender lead over defending champion Lewis Hamilton with six races still to go in the F1 calendar.
MOTORSPORTS・2 DAYS AGO
firstsportz.com

Lewis Hamilton has brought the world of motorsport to their knees by the list of elite achievement has gathered over the years. Since winning his first world championship with McLaren, Lewis Hamilton has been a sole warriors and champion in turbo hybrid era since joining Mercedes-AMG Petronas F1 Team. However, his critics have always been behind him, suggesting that the Brit is only on top because of the beast at his disposal.
MOTORSPORTS・2 DAYS AGO
abc17news.com

Lewis Hamilton and Max Verstappen are both exuding an air of calm relaxation despite being at the center of one of the most intense Formula One title battles for many years. That tranquility hasn’t exactly been on display on the track lately, with the two drivers crashing into each other in two high-profile incidents. Hamilton knocked Verstappen out of the race at the British GP before the pair took each other out at the Italian GP. Those races were followed by finger-pointing from the drivers and blame attribution between Mercedes and Red Bull. The standings fluctuated as Verstappen’s lead was swallowed up by Hamilton. Then Verstappen regained the lead before losing it and Hamilton leads Verstappen by two points.
MOTORSPORTS・9 DAYS AGO

Hamilton has raced with three engines so far this season - the maximum permitted in F1 - but with seven races remaining in the 2021 season there is a strong chance he will need a fourth, which would send him to the back of the grid for the race where he first uses it.
MOTORSPORTS・12 DAYS AGO
wfft.com

Valtteri Bottas, who started in pole positiion, cruised to win the Turkish Grand Prix on Sunday as his Mercedes teammate Lewis Hamilton finished fifth to limit the damage to his Formula One title defense. Starting the race in 11th due to a 10-place grid penalty, Hamilton manoeuvred his way through...
MOTORSPORTS・6 DAYS AGO
The Independent

Valtteri Bottas took his first victory in 2021 at the Turkish Grand Prix on Sunday afternoon as he managed the race smartly to hold off any possible challenge from Max Verstappen.The Dutch driver came home a solid second ahead of impressive Red Bull teammate Sergio Perez, while Charles Leclerc took fourth.Lewis Hamilton was left ruing a strategy call on tyres from his Mercedes team that may well have cost him a shot at the podium, while Pierre Gasly in sixth could have beaten the seven-time world champion if it wasn’t for a particularly unkind penalty from the stewards.But who impressed...
MOTORSPORTS・6 DAYS AGO
ClutchPoints

Mercedes driver, Sir Lewis Hamilton, could have joined the most successful team in Formula 1, Scuderia Ferrari, but the timing never seemed right for both parties. When asked as to why the 7-time world champion never made the move to join Ferrari, he delves into his dream, along with any F1 fan for that matter, of driving for the famous Prancing Horses. Hamilton enjoys driving his Ferraris, but he acknowledges that he isn’t able to drive the one.
MOTORSPORTS・8 DAYS AGO

Seven-time Formula One champion Lewis Hamilton took his record-extending 102nd F1 pole position Saturday as the perfect way to limit the damage from a grid penalty of 10 starting positions in Turkey. Though Hamilton will start from 11th, he still is in a good position to score some big points...
MOTORSPORTS・7 DAYS AGO
SkySports

Istanbul is expected to be wet and it is only the second time since 2011 it has been included in the calendar after the sport returned to the circuit last year amid the coronavirus pandemic. Hamilton won the 2020 race to clinch his seventh world title and will be aiming...
MOTORSPORTS・9 DAYS AGO
firstsportz.com

According to Dutch F1 journalist Jack Plooji, the two-time world champion Fernando Alonso holds a grudge against his former teammate in Mclaren, Lewis Hamilton. The most recent encounter between the Spaniard and the Brit was when the former held the reigning champion during Hungarian GP, ensuring that his current teammate Esteban Ocon register his first ever victory.
MOTORSPORTS・6 HOURS AGO
ClutchPoints

Mercedes star driver Lewis Hamilton speaks out after getting slapped with a 10-grid penalty at Formula 1’s Turkish Grand Prix. After his fourth ICE (Internal Combustion Engine) of the season, which is one more than what is allowed by the F1 regulations, Hamilton looks to limit the ensuing damage a 10-grid penalty can give.
MOTORSPORTS・7 DAYS AGO

Max Verstappen still remains cautious amid Lewis Hamilton’s 10-place grid penalty after a thrilling Saturday qualifying session at the Formula 1 Turkish Grand Prix. Lewis Hamilton topped the timesheets with blistering pace and a ‘best-case’ scenario as he out-qualified fellow Mercedes teammate, Valterri Bottas, by a tenth of a second, before getting pushed back to 11th on the grid due to grid penalties.
MOTORSPORTS・6 DAYS AGO
SkySports

Bottas led almost every lap of a gripping race in difficult conditions and sealed his first win of the season with an overtake on Charles Leclerc, before finishing comfortably ahead of Verstappen at the chequered flag. "From my side, it was one of the best races I've had, ever," said...
MOTORSPORTS・6 DAYS AGO
racingnews365.com

Max Verstappen wasn't hurt by his engine penalty in Russia, however Ralf Schumacher feels Lewis Hamilton's possible engine switch is a huge problem for the Mercedes driver. Ralf Schumacher believes Lewis Hamilton faces a "huge problem" if he is forced to take on a fourth engine between now and the end of the 2021 F1 season.
MOTORSPORTS・8 DAYS AGO
The Associated Press

No room for error in Hamilton and Verstappen F1 title fight

With only two points separating championship leader Lewis Hamilton and Max Verstappen in a thrilling Formula One title race, neither can afford a slip in the remaining seven races. Their contest resumes this Sunday at the Turkish Grand Prix. Both are hoping the Istanbul track is much more reliable than...
MOTORSPORTS・9 DAYS AGO
Autoweek.com

In Russia, it was Max Verstappen who took an engine penalty, and in Turkey this weekend it will be Lewis Hamilton’s turn to take the hit. Under Formula 1 regulations drivers are only permitted three versions of the six components that make up the power unit. Their respective Red Bull and Mercedes teammates—Sergio Perez and Valtteri Bottas—took penalties in the Netherlands and Italy, signaling that the title protagonists were also likely to exceed their allocation.
SOCCER・8 DAYS AGO
newschain

Hamilton, in sublime form, topped Saturday's qualifying session but his 10-place grid penalty for a new Mercedes engine means he has a recovery mission on his hands to limit the damage in his title fight against Max Verstappen. But while the championship leader has several fast midfield cars between himself...
MOTORSPORTS・7 DAYS AGO