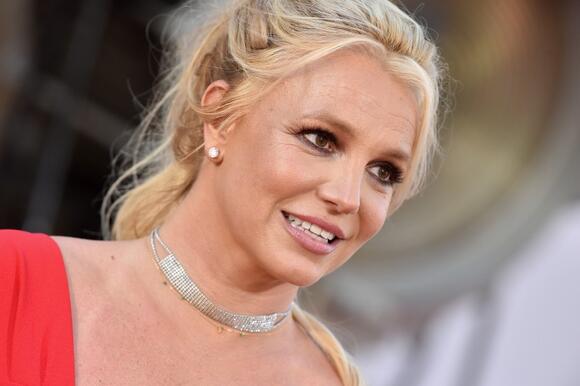 On Friday, FX released “Controlling Britney Spears,” a surprise follow-up to “ Framing Britney Spears ,” the New York Times documentary that helped catapult the #FreeBritney movement into the mainstream and turn the tide of public opinion against the conservatorship that has dictated virtually ever facet of the pop star’s existence since 2008.

It joins a growing body of investigative reporting that includes an explosive expose in the New Yorker and "Britney vs. Spears," a documentary to be released by Netflix on Tuesday — a day ahead of the latest hearing in Spears' conservatorship case.

If you thought that it was no longer possible to be shocked by Spears’ circumstances — particularly after her impassioned condemnation of the conservatorship in June — then "Controlling Britney Spears" may prove you wrong.

Producer Liz Day and director Samantha Stark were able to get several new sources to speak on the record in the 70-minute special, including people closely involved in her security and behind-the-scenes management of her tours.

While much of the conversation around the conservatorship has focused on the role played by Spears’ father, Jamie, some of the most damning allegations in “Controlling Britney Spears” involve key figures at Tri Star Sports and Entertainment Group, the firm that handled Spears’ business affairs, and Black Box, Spears’ longtime security company. Sources in the film describe a coordinated effort by these individuals to monitor Spears’ private life in ways that appear to have little to do with her well-being and more to do with isolating and controlling her.

Here are some of the biggest takeaways from the documentary, which is available to stream on Hulu.

A key source is Alex Vlasov, who worked for nearly nine years at Black Box as both an executive assistant to Edan Yemini, the company’s president, and as a cybersecurity manager. (He quit after “Framing Britney Spears” came out.)

Though the firm was ostensibly hired to protect the singer, he paints a strikingly different picture of the role Black Box played in Spears’ life. The situation “reminded me of somebody that was in prison and security was put in a position to be the prison guards,” he said.

When “Framing Britney Spears” was released earlier this year, Vlasov says Yemini was “so relieved" the documentary did not mention their work: “It was his biggest fear that security would somehow draw attention.”

Vlasov, who was employed by Black Box from 2012 to 2021, says all of Spears’ movements were monitored and recorded in a text chain between Yemini, Jamie Spears and Robin Greenhill, who worked for Tri Star, the firm run by Lou Taylor.

“Her intimate relations were closely managed. Britney could not have someone in the privacy of her house without those three people knowing,” Vlasov says.

Vlasov says that Black Box monitored Britney's online activity and digital communications via an iPad that shared the same iCloud account Spears used on her phone. "You would be able to see all messages, all FaceTime calls, notes, browser history, photographs,” he says.

Vlasov says Yemini would ask him to encrypt text messages that he would then share with Jamie Spears.

“They openly talked about monitoring her,” he says. Not only did they monitor conversations to ensure Spears was not partaking in illegal activity but they also kept track of conversations with her mother, her friends and even her court-appointed lawyer, Sam Ingham.

When Vlasov raised concerns about the legality of this surveillance, he says he was told that it was for her own protection and that both the court and Spears’ lawyer were aware the communications were being tracked.

Vlasov alleges that Yemini had an audio recording device put into Spears’ bedroom. According to the documentary, the device captured more than 180 hours of private interactions with her children and boyfriends.

“Ethically, it was just one big mess,” Vlasov says of working at Black Box.

He says that Yemini and another agent eventually asked him to wipe the audio recording device, because of the sensitive material it contained. “I did not want to be complicit,” says Vlasov, who instead kept the recordings.

According to Vlasov, this occurred days before Spears met with a court investigator and reiterated her desire to end the conservatorship.

Another source in the documentary is Tish Yates, who was head of wardrobe for several of Spears’ tours during the conservatorship and describes a close relationship with the star during this time.

Yates says that Greenhill had nearly complete oversight over Spears, even though no one who worked on the tour seemed to understand what her job title was.

“I had to have Robin’s approval before I spoke with Britney about a question Britney had,” says Yates, who recalls that Spears would ask for relatively minor expenditures, like sushi, and Greenhill would resist. “I would hear Robin say, ‘You had sushi yesterday, it’s too expensive.’”

Yates also recalls an incident in which Spears spotted a pair of Skechers at the mall, but was not permitted to buy them using her personal allowance. So Yates bought them out of her wardrobe budget. “We’ll say these didn’t work for stage. Take them home,” she says she told Spears, who actually had a promotional contract with the footwear brand in the early aughts.

Jamie Spears allegedly tried to create a rift between Spears and her friend/assistant, Felicia Culotta

Culotta, who also appeared in “Framing Britney Spears,” says she was brought back to assist Spears on the 2008 Circus tour, only to get slowly pushed aside.

“I wasn’t allowed to have a conversation with her without other people present,” she recalls. Then Jamie Spears called to tell her that Britney no longer wanted her on the tour, and that if she saw her, she would refuse to go onstage.

Culotta decided to continue on the tour as a show of support, but stayed out of Spears’ way. At the end of the European leg of the tour, she ran into Spears by accident, and rather than respond angrily, the singer “took a full running leap and ran all the way down the hall and leapt on to me,” she says. “I thought wait a minute, were they trying to turn the two of us against each other?”

Vlasov says that the #FreeBritney movement was “heavily investigated in its early days” and that undercover agents were placed in crowds protesting the conservatorship in order to talk to fans and help identify them.

In the death of Halyna Hutchins, some film workers see the tragic result of a troubling trend in how producers on low-budget films place financial considerations over human ones.
MOVIES・5 HOURS AGO
regionaldailynews.com

On the heels of the announcement that Roberta Flack will receive a Lifetime Achievement Award from the Recording Academy in 2020 comes word that the legendary pop/soul/R&B singer will make a rare public appearance at next year's Grammy Awards, to be held January 26 at STAPLES Center in Los Angeles.
LOS ANGELES, CA・NOW