Cleveland officer terminated for drinking before crash with RTA bus 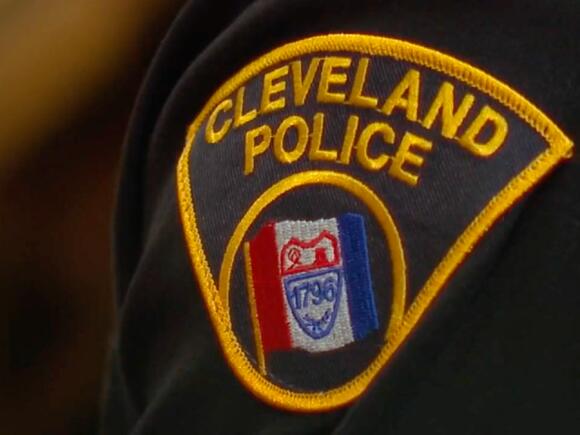 A Cleveland police officer was terminated following a crash with an RTA bus in December 2020, according to the City of Cleveland.

Patrol Officer Mason Swires was accused of consuming "10-12 alcoholic beverages" on Dec. 19, 2020 before being involved in an off-duty crash with an RTA bus.

According to the termination letter filed by the City of Cleveland, Swires fled the scene of the crash without exchanging information or checking on the well being of the bus driver or the passengers on the bus.

The letter says that Swires did not request a supervisor to respond to the scene and failed to immediately report the incident to a supervisor.

When he did eventually report the crash, he omitted that he had consumed numerous alcoholic beverages and that he left the scene of a crash. He later failed to complete the necessary forms following the crash and when he did file the forms, once again omitted misconduct on the report, the termination letter claims.

Swires attended an administrative pre-disciplinary hearing on July 23 after an internal investigation where he was read the findings detailed in the termination letter. He pleaded no contest to the charges involving the drinking and subsequent crash, as well as failing to call a supervisor to the scene, and pleaded not guilty to omitting misconduct in his verbal report and on his required forms.

On Wednesday, Sept. 22, following the disciplinary hearing, the Department of Public Safety found him guilty of the accusations, terminating him from employment effective immediately.

"Your actions showed a careless disregard for the citizens of Cleveland, the bus driver, the passengers on the bus and had the potential to cause serious physical injury," the termination letter reads. "You have exhibited a complete disregard for ethical behavior relating to truthfulness, i.e. submitting an untruthful written report to your supervisor after submitting an untruthful oral report to your supervisor. The citizens of Cleveland deserve better."

You can read the full termination letter here .

East Cleveland police pursuit ends in crash on I-90

2 dead after trucks crash on I-71 in Wayne County

Two men are dead and another was injured after a crash involving two commercial trucks that occurred on Interstate 71 in Wayne County early Sunday morning, according to the Ohio State Highway Patrol.
WAYNE COUNTY, OH・18 HOURS AGO
News 5 Cleveland WEWS

Man dies after being assaulted at East Cleveland gas station

The East Cleveland Police Department is investigating the death of a man who was assaulted early Saturday morning and found unresponsive at a gas station.
EAST CLEVELAND, OH・1 DAY AGO
News 5 Cleveland WEWS

The North Olmsted Police Department is searching for a man who went missing from a nursing home Sunday afternoon.
NORTH OLMSTED, OH・17 HOURS AGO

A synagogue in University Heights has filed a federal lawsuit against the city amid a dispute over zoning and a controversial decision by officials to hire a private investigator to monitor their residential shul, or synagogue, during Rosh Hashanah services.
UNIVERSITY HEIGHTS, OH・18 HOURS AGO
News 5 Cleveland WEWS

The Ashtabula County Sheriff's Office announced Friday that visitation to its jail has been suspended effective Friday due to the rising cases of COVID-19 in the area.
ASHTABULA COUNTY, OH・2 DAYS AGO
News 5 Cleveland WEWS

A 49-year-old man was killed in a single-vehicle crash that occurred in Geauga County Sunday evening, according to the Ohio State Highway Patrol.
GEAUGA COUNTY, OH・14 HOURS AGO

First responders have been on the front lines throughout the pandemic, but some haven't been able to catch their breath because departments are facing a serious shortage of workers.
MENTOR, OH・1 DAY AGO
News 5 Cleveland WEWS

Man crashes into pole after shooting, dies at hopsital

A 37-year-old man was killed in a shooting in Cleveland’s Forest Hills neighborhood Tuesday night, according to the Cuyahoga County Medical Examiner.
CLEVELAND, OH・4 DAYS AGO
News 5 Cleveland WEWS

A train car on the Cleveland RTA's Red Line decoupled from the train Thursday afternoon near the West 98th Street Station, sending one person to the hospital, according to a spokesperson for the Cleveland Division of Fire.
CLEVELAND, OH・3 DAYS AGO

Sandusky County investigators said Wednesday stabbings at a turnpike service plaza appear to be a "terrifying" random attack that killed one man and wounded another before a sheriff's deputy shot and wounded the suspect.
SANDUSKY COUNTY, OH・4 DAYS AGO
News 5 Cleveland WEWS

Ohio’s prison authority, the largest government agency in the state tasked with overseeing the 43,000 inmates in its custody, is the least vaccinated entity in Ohio’s government, according to state data based on employee-submitted records.
OHIO STATE・2 DAYS AGO
News 5 Cleveland WEWS

A 65-year-old man from Garfield Heights died Thursday after he lost control off his vehicle on I-480 just before the Valley View Bridge.
GARFIELD HEIGHTS, OH・3 DAYS AGO
News 5 Cleveland WEWS

After Thursday’s storms and strong winds, Medina County Auditor Mike Kovack is reminding property owners that they may be able to claim a reduction in taxable real property value due to storm damage.
MEDINA COUNTY, OH・2 DAYS AGO
News 5 Cleveland WEWS

Police: Man charged with kidnapping in Lakewood after trying to abduct boy

A man has been charged with kidnapping after witnesses said he attempted to abduct a boy at a park in Lakewood.
LAKEWOOD, OH・4 DAYS AGO