A Republican wants to add exceptions for rape and incest to Texas’ new near-total abortion ban. He faces an uphill climb.

By James Pollard
25 News KXXV and KRHD
22 days ago 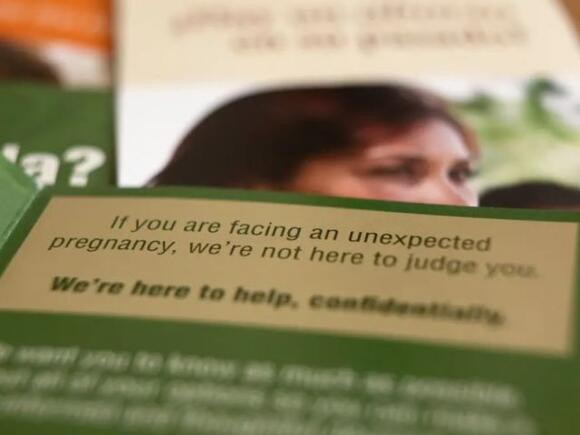 If you or someone you know has been sexually assaulted, you can receive confidential help by calling the Rape, Abuse & Incest National Network’s 24/7 toll-free support line at 800-656-4673 or visiting its online hotline .

In the time since state Rep. Lyle Larson voted to impose a near-total abortion ban in Texas this summer, the San Antonio Republican says he has heard from Democrats, independents and “pro-life, Republican women” about one aspect: the lack of exceptions for victims of rape or incest.

Of the many critiques surrounding the law, opponents have pointed to that fact as among its extreme aspects. This week, Larson filed legislation that would change that.

But the bill faces an uphill climb. Larson’s proposal has been met with skepticism from both abortion rights advocates and anti-abortion groups. And there’s no indication that Gov. Greg Abbott will add it to the agenda of the latest special session of the Texas Legislature, a move that would be necessary for it to pass.

In a Wednesday letter to Abbott, Larson called his bill a “common sense fix” that maintains the intent of the law, which bans abortions as early as six weeks, while allowing exemptions consistent with “the traditional philosophy.”

Larson was referring to Abbott’s comments about the new law earlier this month. When asked by a reporter why a rape or incest victim should be forced to carry a pregnancy to term, Abbott said the state would work to end rape altogether.

“Rape is a crime,” he said, “and Texas will work tirelessly to make sure that we eliminate all rapists from the streets of Texas by aggressively going out and arresting them and prosecuting them and getting them off the streets.”

In 2019, Texas reported 14,656 instances of rape, though that number is almost certainly an undercount. A 2015 University of Texas at Austin study found that more than 90% of sexual assaults in the state are not reported to law enforcement.

Abbott’s office did not return requests for comment on Larson’s proposed measure. Meanwhile, members of both sides of the abortion debate criticized the idea.

State Rep. Donna Howard , D-Austin, chair of the House Women’s Health Caucus, said Texas Democrats raised the issue of exemptions throughout the legislative process, and even sought out Republican legislators who might carry an amendment to add them. Raising the issue now, she said, looks like an attempt to lessen the pushback against the most restrictive abortion law in the nation.

“All those folks voted for it knowing that [the exemption] was not included,” Howard told The Texas Tribune, though she said she would welcome further discussions about how the state can ensure individuals who have been assaulted are not subject to abortion bans.

Larson, meanwhile, suggested that he believes an exemption was left out of the original law in part because lawmakers assumed the law would be thrown out by the U.S. Supreme Court, which has recognized a constitutional right to an abortion for nearly 50 years. The high court, however, declined to block the law from going into effect.

“I think a lot of people were surprised what the outcome was, not only in Texas but throughout the country, red states included,” Larson said. “Everybody thought it was unconstitutional.”

Larson didn’t directly answer whether he thought that, saying he thinks “other folks believed it.”

The Legislature should “correct” the bill by adding the exemption now, Larson said, rather than waiting for the next regular legislative session in 2023.

But Howard said she takes issue with a lack of specificity in Larson’s proposal concerning how survivors would receive exemptions. If the standard of proof to be eligible to receive an abortion were to be that someone had been prosecuted for rape or incest, Howard said that would limit who can be exempted, considering cases of sexual assault and rape are underreported and underprosecuted. However, no one should have to be assaulted to receive legal autonomy over their body, Howard added.

“The only way to ensure all survivors are captured would be to make it clear that self-reporting is the only qualification necessary to receive the exception,” Howard said. “We must ensure that we’re not causing any additional harm by placing the burden of proof on the survivor.”

When asked about Howard’s concerns around the lack of specificity, Larson said those details could be addressed with the input of the medical, legal and law enforcement communities if the bill proceeds.

And Dyana Limon-Mercado, the executive director of Planned Parenthood Texas Votes, said a six-week ban with exceptions is still “extreme.”

“The motivation for [the new law] is to protect the most vulnerable among us from the violence of elective abortion,” he said. “Creating loopholes and exceptions, where not all unborn children would be treated equally, violates our pro-life principles.”

This article originally appeared in The Texas Tribune at https://www.texastribune.org/2021/09/24/texas-abortion-ban-exceptions/ .

The Texas Tribune is a member-supported, nonpartisan newsroom informing and engaging Texans on state politics and policy. Learn more at texastribune.org.

Texas' critical race theory law is in the spotlight once again, after a North Texas administrator advised teachers to present both sides of history. The administrator gave the teachers the example of sharing the opposing side to the holocaust, to ensure they are in line with House Bill 3979.
POLITICS・1 DAY AGO
25 News KXXV and KRHD

With the governor of Texas leading the charge, conservative Republicans in several states are moving to block or undercut President Joe Biden’s COVID-19 vaccine mandates for private employers before the regulations are even issued.
TEXAS STATE・4 DAYS AGO
25 News KXXV and KRHD

A new executive order banning vaccine mandates is signed in Texas. Gov. Abbott said he is in favor of the vaccine but said it should remain voluntary and should be up to choice. Some Central Texas republicans agree with the Governor.
HEALTH・4 DAYS AGO
25 News KXXV and KRHD

The 2020 census showed that the population in Texas has grown by close to 4 million in the past decade, giving the state a chance to produce new district maps to accommodate that growth.
TEXAS STATE・5 DAYS AGO

DOJ investigating juvenile facility in McLennan County, 4 others in Texas

Gov. Abbott issued an executive order Monday that restricts any entity in Texas from mandating the COVID-19 vaccine. The executive order will displace any conflicting orders issued by local officials, employers, and individuals, according to Executive Order No. GA-40. The Governor also added this issue as an item to the Third Special Session agenda in a message to the Chief Clerk of the House and Secretary of the Senate.
HEALTH・5 DAYS AGO
25 News KXXV and KRHD

The Biden administration could bring the case back to the Supreme Court and ask the justices to quickly restore the federal judge’s order that blocked the law.
TEXAS STATE・7 DAYS AGO
25 News KXXV and KRHD

After Judge Pittman's ruling and the state's appeal, this law will now be headed to what some call the most conservative appellate court in the nation. At this time providers are being warned that anyone who performs the procedure could face legal repercussions.
TEXAS STATE・9 DAYS AGO
25 News KXXV and KRHD

At least one major abortion provider on Thursday resumed providing the procedure to patients who had been previously shut out by Texas' near-total ban, less than a day after a federal judge temporarily halted enforcement of the law.
TEXAS STATE・9 DAYS AGO
25 News KXXV and KRHD

A man described as a “normal guy” who kept a low profile in his rural community faces charges he threatened to hire an assassin to kill a U.S. senator. Jay Allen Johnson, originally from Fairbanks, lived briefly in Abilene and then spent many years in Tuscola, Texas, before moving back to Alaska.
ALASKA STATE・8 DAYS AGO
25 News KXXV and KRHD

Rise in religious exceptions for vaccine across Central Texas

Christina Wilson is one of the thousands of Central Texans who are choosing not to get the COVID-19 vaccine, she said she this is because of her religious beliefs.
TEXAS STATE・9 DAYS AGO