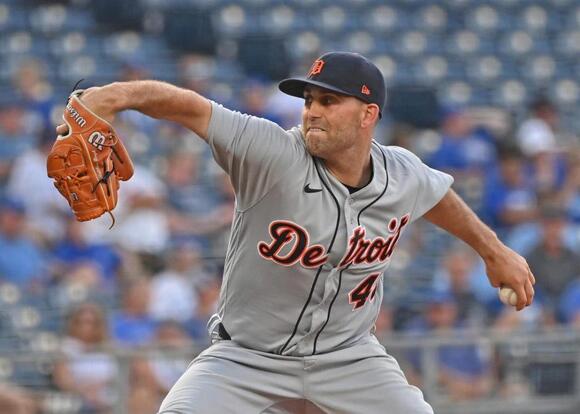 Detroit Tigers left-hander Matthew Boyd, who has been on the injured list twice this season with elbow discomfort, will undergo flexor tendon surgery in his left arm with the timetable for his 2022 return uncertain.

While it is a significant injury, Boyd will avoid a Tommy John procedure that could have kept him out of action for more than a year. Tigers manager AJ Hinch was optimistic that Boyd would take a major league mound at some point next season. 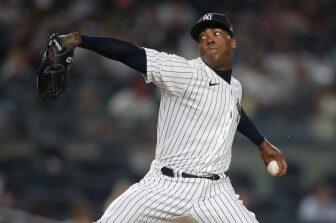 Boyd, 30, is arbitration eligible for the final time this offseason, putting his return to the Tigers in doubt.

If he’s not with Detroit, Boyd will deal with the situation.

“I’ll be who I am for somebody else and do everything I can to help them win a championship,” he told reporters. “But right now it’s the Tigers.”

A Jose Altuve single would’ve kept the Astros alive in the top of the fifth inning in ALCS Game 4 but the umpires hosed Houston instead. The Houston Astros entered Game 4 of the ALCS in dire need of a win over the Boston Red Sox. Unfortunately, the umpire crew at Fenway Park wasn’t trying to do them any favors.
MLB・2 DAYS AGO
The Spun

If the Boston Red Sox are going to take down the New York Yankees in the American League Wild Card Game tonight, they’ll need to do it without star slugger J.D. Martinez. Martinez was not included on Boston’s roster for the AL Wild Card Game due to a sprained left ankle. He suffered the injury in the fifth inning of Boston’s regular-season finale on Sunday.
MLB・16 DAYS AGO
New York Post

Boston Red Sox fans let Kyle Schwarber have it for letting a pop-up land on the infield, and he probably had it coming. If you let Schwarber play first base long enough, something like this was bound to happen. The Sox knew this when they acquired him from the Washington Nationals, and they sure as hell didn’t trade for him because of his defensive ability.
MLB・27 DAYS AGO
CBS Sports

The Chicago White Sox were eliminated from the playoffs on Tuesday after losing Game 4 of their American League Division Series, 10-1, to the Houston Astros. The White Sox, specifically manager Tony La Russa, did not go quietly into the winter, however. Rather, La Russa made it clear that he...
MLB・8 DAYS AGO
FanSided

Jose Altuve was targeted by Boston Red Sox fans with a profane chant during Game 3 of the ALCS at Fenway Park on Monday night. Red Sox fans could be heard chanting, “f— Altuve” during Game 3. The chants began early in the game, according to reporters in attendance. The chants continued even in the third inning after Altuve was unable to pick a throw that bounced into second while covering the bag.
MLB・3 DAYS AGO

Max Scherzer started the Wild Card game for the Los Angeles Dodgers tonight. He did not make it through the fifth inning. While Scherzer gave up just one run, Dodgers manager Dave Roberts pulled his ace with one out and two men on in the top of the fifth inning.
MLB・15 DAYS AGO
NJ.com

BOSTON — Yankees manager Aaron Boone has at least one big lineup decision to make for Tuesday night’s American League Wild Card Game. Will it be Rougned Odor at third base with Gio Urshela at shortstop facing Red Sox All-Star righty Nathan Eovaldi at Fenway Park, or will Boone opt to play Andrew Velazquez at short with Urshela at third?
MLB・17 DAYS AGO
USA TODAY

The internet never forgets. Former New York Yankees slugger Alex Rodriguez has been covering the 2021 MLB playoffs by resuming his role as a studio analyst for FOX Sports. Last week, Rodriguez was analyzing the American League Division Series between the Boston Red Sox and Tampa Bay Rays with David Ortiz, Frank Thomas and Kevin Burkhardt. The gang was discussing a video clip from Game 1, when the Rays were seen eating popcorn in the dugout during the seventh inning of their 5-0 win.
MLB・8 DAYS AGO
FanSided

Will the Chicago Cubs move past the World Series champion core for good this winter? Or is a reunion (or reunions) in the cards? That’s been heavily debated among fans for the past month-and-a-half or so after Jed Hoyer sold off everything not bolted down at the July 30 deadline.
MLB・28 DAYS AGO
USA TODAY

Astros fans were living for these guys.
MLB・21 DAYS AGO
FanSided

While there are sure to be some free agent signings and wheeling and dealing by Jed Hoyer this offseason, it’s a good bet that a few of your favorite September (and October) Chicago Cubs will still be playing with the team in 2022. We know that won’t be the case for all 67 of the guys the Cubs have used this season, but there’s reason for hope for a few of the bright spots amongst the new-look end of summer North Siders.
MLB・18 DAYS AGO
USA TODAY

Remember during the AL Wild Card Game a few years back between the New York Yankees and Oakland Athletics? A matchup that resulted in a 7-2 victory for the Bombers was overshadowed by the baseball community whining about an innocent A’s fan getting three ounces of beer dumped on his head during a home run celebration.
MLB・13 DAYS AGO