(CBS4) – Colorado Rep. Lauren Boebert announced on Friday, Sept. 24, she introduced articles of impeachment against President Joe Biden and Vice President Kamala Harris. She says the administration failed “to ensure the national security of the United States and its citizens” with regard to the U.S. military withdrawal from Afghanistan .

The congresswoman, a Republican representing Colorado’s 3rd Congressional District, says she felt it her duty to introduce the articles due to what she describes as the president giving American-made weapons to and aiding enemies. She also accuses the administration of colluding with the Taliban. 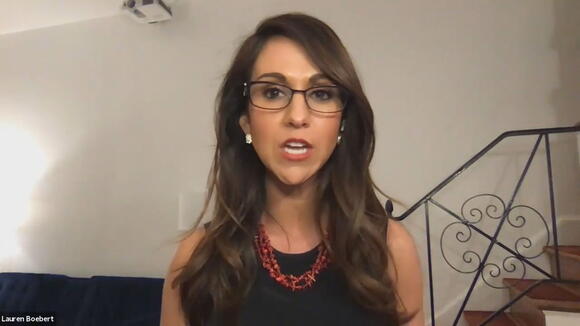 “And let me be clear, Vice President Harris is complicit in all of this,” she said, in part, in a statement included in a news release. “His (Biden’s) indecision, incompetence, and mental failings cost American lives, and Kamala had a duty to step up and remove Biden from office. ”

Boebert goes on to say the vice president failed to avoid a catastrophe and points to the 13 U.S. servicemembers who died in suicide bombings in Kabul during the evacuation of citizens and U.S. forces.

Boebert accuses Biden of colluding and conspiring with the Afghan president to lie to the American people, as well as, giving a list of Americans in Afghanistan to the Taliban. 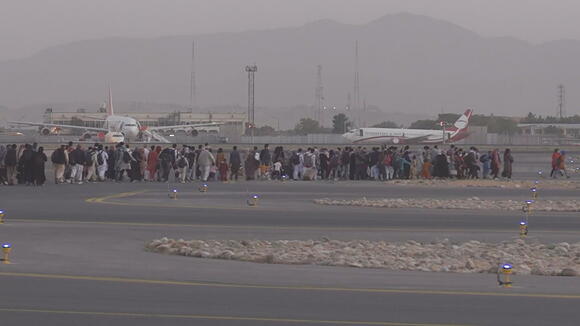 She also blames the administration’s “hastily ordered” drone strike for the deaths of 10 Afghan civilians.

Boebert’s announcement also drew mockery and criticism after a graphic in her news release contained a typo which read: “IMEACH BIDEN.” The graphic was also featured on her website. Her office issued a corrected news release moments later, and the graphic on the website was also later corrected. 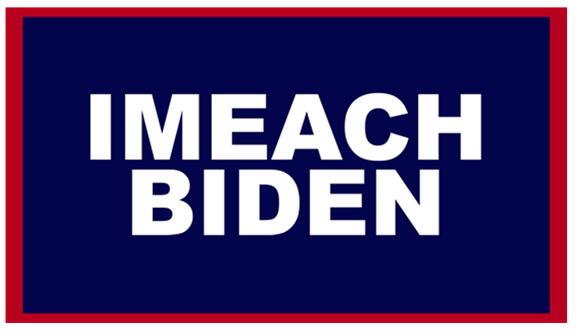 On Tuesday, Boebert submitted a report to the Federal Election Commission showing she paid utility and rent bills with campaign funds.

It is against the law to use campaign funds for personal use. Officials with the nonpartisan Campaign Legal Center said using donors’ money to pay rent and utilities is a “flagrant violation.”

In an email to CNN, her spokesman Ben Stout said the funds in question “were reimbursed months ago when Rep. Boebert self-reported the error.”

Glad she is focused on this. Meanwhile, her district is one of the poorest, least educated in the state with some of the highest COVID rates. But, yeah, fake impeachment seems more important.

Girl, bye!! She is just trying to keep herself in the news for something other than her theft of campaign money. Another one and done whacko like MTG and Gatez.

This is coming from a woman that used campaign funds to pay personal bills. Her lack of representing the people along with campaign funds theft should have her impeached.

During her first 10 months as vice president, Kamala Harris has already broken 11 tie votes in the Senate.

The reality of a 50-50 chamber means the vice president can never be too far away. What happened: Called in on her birthday on Wednesday, Vice President Kamala Harris broke a Senate tie for the 11th time since taking office. The vote confirmed Catherine Lhamon for an Education Department post.
PRESIDENTIAL ELECTION・1 DAY AGO
Washington Examiner

Sitting a few feet from President Joe Biden during his speech to commemorate the Martin Luther King Jr. Memorial's 10th anniversary, Vice President Kamala Harris was well-positioned to issue a quick correction when the president needed it. Touting the size of the American Rescue Plan, a stimulus package passed in...
POTUS・1 DAY AGO
Birmingham Star

Washington [US], October 22 (ANI/Sputnik): US Republican Representative Marjorie Taylor Greene on Friday introduced articles of impeachment against President Joe Biden to the House of Representatives for allegedly abusing his power to aid his son Hunter Biden. "I have introduced House Res. 57. These are articles of impeachment on President...
CONGRESS & COURTS・1 HOUR AGO
Reuters

WASHINGTON (Reuters) - U.S. Senator Joe Manchin, a centrist and a stumbling block to Democratic President Joe Biden’s ambitious social agenda, acknowledged on Thursday having discussed leaving the party if his Democratic colleagues considered his stance “an embarrassment.”. A day after dismissing as “bullshit” a Mother Jones report that he...
CONGRESS & COURTS・1 DAY AGO

Biden bets his agenda on the inside game

The president is not leaning on the bully pulpit. And for a reason: his team can ill afford to offend.
PRESIDENTIAL ELECTION・20 HOURS AGO
Richmond.com

Vice President Kamala Harris drove home the stakes in Virginia’s tense governor’s race in a rousing speech Thursday night, proclaiming that electing former Gov. Terry McAuliffe isn’t just about the state, but “is also about our nation” and its progress in addressing inequities exposed by the COVID-19 crisis. Speaking to...
VIRGINIA STATE・19 HOURS AGO
The Guardian

House to aim to vote on infrastructure and reconciliation bills next week, Hoyer says – live

Billionaire investor Nelson Peltz says he talks every week to Sen. Joe Manchin, who is pushing to cut Biden agenda

Billionaire Nelson Peltz told CNBC on Wednesday that he talks every week to Sen. Joe Manchin, a centrist Democrat who is pushing to shrink President Biden's agenda. Peltz was previously a big supporter of President Donald Trump, which led to his Florida home being a venue for one of the former commander in chief's 2020 reelection fundraisers.
CONGRESS & COURTS・2 DAYS AGO

Biden's pick for border chief says there isn't a crisis at the border: Ted Cruz introduces bill to send migrants to Democratic hotspots like Martha's Vineyard and Palo Alto

Joe Biden's pick to head Customs and Border Patrol refused on Tuesday to call the situation at the southern border a crisis as Senator Ted Cruz proposed legislation that would bring the crisis to where 'Democrat elites host their cocktail parties' – like Martha's Vineyard. During a Senate confirmation hearing,...
PRESIDENTIAL ELECTION・3 DAYS AGO
AFP

President Joe Biden has pledged to enact the toughest environmental policies in US history but his plans look dead on arrival thanks to one senator who has pocketed a fortune from fossil fuels. The $150 billion Clean Electricity Performance Program (CEPP) -- a cornerstone of Biden's sweeping domestic agenda -- would reward utilities that switch to renewable energy and penalize those that do not. Experts say the program would cut most greenhouse gas pollution tied to electricity generation, which accounts for roughly a quarter of US emissions. But Joe Manchin, a conservative Democrat from coal-rich West Virginia who heads the Senate's energy committee, argues that throwing cash at companies already moving away from fossil fuels is wasteful.
CONGRESS & COURTS・2 DAYS AGO
coloradopolitics.com

U.S. Rep. Lauren Boebert, a first-term Republican from Silt, brought in more campaign contributions in the just-ended third quarter than any of Colorado's other congressional candidates. The owner of a gun-themed restaurant with a reputation for stoking outrage on both sides of the aisle reported raising $990,770 for the three-month...
COLORADO STATE・2 DAYS AGO
cbslocal.com

PITTSBURGH (KDKA) – Supply chain issues remain front and center as consumers find fewer products on the shelves. In an exclusive interview seen only on KDKA, political editor Jon Delano asked Vice President Kamala Harris what the government is doing about it. Empty shelves for consumers and missing parts for...
PITTSBURGH, PA・8 DAYS AGO

Vice President Kamala Harris has found herself in hot water over various gaffes, missteps and debacles on a regular basis during her chaotic first year on the job. She’s regularly mocked, often criticized and has become known for laughing when confronted with tough questions. Along with her political struggles managing the southern border crisis and grappling with reports of dysfunction in her office, Harris has had a rough go of it in 2021.
POLITICS・9 DAYS AGO
La Junta Tribune-Democrat

Dozens of Puebloans gathered in front of the Christopher Columbus statue on Oct. 11 to honor the Italian explorer credited with discovering the land that is now the United States of America. Supporters were surrounded by a heavy police presence and additional private security as about 25 protesters gathered with...
PUEBLO, CO・10 DAYS AGO
cbslocal.com

NEWARK, N.J. (CBSNewYork) — Vice President Kamala Harris spent much of Friday in New Jersey. At a vaccination center, Harris learned about 85% of people in Essex County have their first COVID shot while a little over 70% have received both shots. Harris said she was proud of New Jersey...
ESSEX COUNTY, NJ・14 DAYS AGO

The number of migrants arrested at the southern border in the 2021 fiscal year is the highest since 1986, new Customs and Border Protection data shows. The data, which is still unpublished but was obtained by The Washington Post, shows that border authorities detained more than 1.7 million migrants along the U.S.-Mexico border between October 2020 through September 2021.
IMMIGRATION・2 DAYS AGO
Documented

"The memo was designed to outline every single possible scenario that had been floated, so that we could talk about it." Attorney John Eastman said.
POTUS・4 HOURS AGO
NEWS10 ABC

The condo totals about 1,700 square feet, and has two bedrooms and two bathrooms.
U.S. POLITICS・9 DAYS AGO