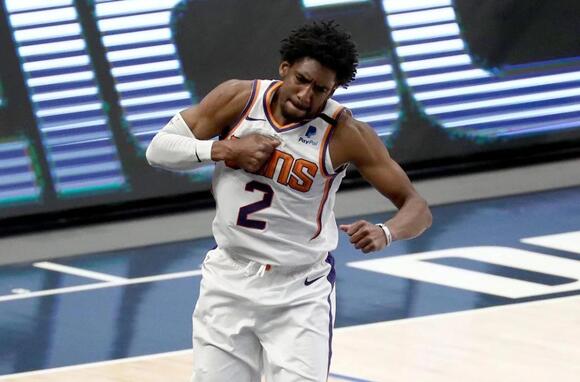 The Golden State Warriors are on the verge of signing veteran guard Langston Galloway and bringing him to training camp, The Athletic reported Friday.

Galloway, 29, has played in 445 games with five teams over seven seasons while averaging 8.2 points and shooting 37 percent from 3-point range.

He played in 40 games for the Phoenix Suns last season and averaged 4.8 points and shot 42.4 percent from 3-point range. 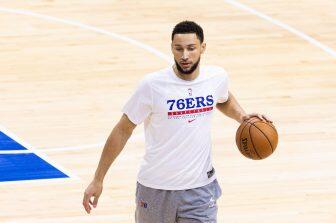 Galloway reportedly will compete for the 15th and final roster spot. Guard Gary Payton II is currently projected to land that spot.

Arcidiacono agreed to a deal with the Boston Celtics on Thursday.

Related: If you’re a fan of the Warriors, check out their rumors, rankings, and news here

The Warriors have shooting guard Klay Thompson returning after missing two seasons with injuries to team with point guard Stephen Curry. Thompson missed one season with a torn left ACL and sat out last season due to a torn right Achilles.

Jordan Poole is expected to be the third guard with veteran Andre Iguodala also receiving minutes.

Derrick Rose Gets Engaged With Alaina Anderson At Madison Square Garden: "I Will Always Love You..."

Amid a crazy and exciting time for the NBA, with the new season right around the corner, New York Knicks guard Derrick Rose became the source of another cause for celebration. As he announced on Instagram, the father of two is now engaged to his longtime girlfriend, Alaina, after a romantic proposal in Madison Square Garden.
NBA・5 DAYS AGO
ClutchPoints

LeBron James is fully aware that Brooklyn Nets star Kyrie Irving has found himself in the headlines these days because of his adamant rejection of the COVID-19 vaccine. Because of this, he was forced to skip the Nets’ media day for the second straight year. Irving, however, told reporters in...
NBA・17 DAYS AGO
rolling out

Kyrie Irving, Jonathan Isaac may face 6 months in prison and/or $750K in fines in Canada

Unvaccinated NBA players could face jail time when they play in Canada this season. The Toronto Raptors are returning home after playing last season in Florida during the COVID-19 pandemic and the country has a few strict guidelines that must be adhered to. “NBA players were informed unvaccinated players who...
NBA・8 DAYS AGO
The Spun

Brooklyn Nets guard Kyrie Irving has become well-known for doings things his own way, but his latest controversy has crossed the line. The 29-year-old is reportedly unvaccinated against COVID-19, which puts him in jeopardy of missing significant time this upcoming NBA season. Due to a city-wide mandate, New York Knicks...
NBA・18 DAYS AGO

The Brooklyn Nets, Houston Rockets and Indiana Pacers all made minor moves Tuesday night involving salary dumps and future draft picks. According to ESPN’s Adrian Wojnarowski, the Nets are acquiring Edmund Sumner and the Miami Heat’s 2025 second round pick from the Pacers. Once the deal is finalized, Woj reports the Nets will then waive Sumner, who’s already out for the season due to a knee injury.
NBA・12 DAYS AGO
Heat Nation

RUMOR: Nets’ Kyrie Irving expected to wind up getting COVID-19 vaccine because of Kevin Durant

Brooklyn Nets star Kyrie Irving has been in the headlines for the last few days after it was revealed that he hasn’t received the COVID-19 vaccine as the NBA season quickly nears. That being said, he would be forced to miss home games for the Nets because of New York’s statewide mandates.
NBA・19 DAYS AGO
bleachernation.com

Like every Chicago fan, I find myself thinking about the point guard who helped the Bulls become one of the best teams in the league in the early 2010s far too often. The former NBA journeyman has joined the Los Angeles Lakers coaching staff after gaining previous experience with the Minnesota Timberwolves. He will look to help head coach Frank Vogel lead the Lakers to their second championship in three seasons … and he will also look to give LeBron James some payback.
NBA・27 DAYS AGO

Candace Parker wore a wire as she dropped 17 points, eight rebounds, and three assists against the Phoenix Mercury during Game 1 of the WNBA Finals.
BASKETBALL・6 DAYS AGO
FanSided

Bang for Buck: Golden State Warriors may have hit the jackpot

Over the past few seasons, much has been made of the Golden State Warriors incredible payroll, including the heavy luxury tax burden placed on Joe Lacob. Despite missing the playoffs last season, the Warriors had the highest payroll in the league, a category they’ll top again leading into this season.
NBA・9 DAYS AGO
ABC7 News Bay Area

SAN FRANCISCO (KGO) -- Texas Senator Ted Cruz is wading into the NBA's vaccination debate. He tweeted Wednesday that he "stands with" Andrew Wiggins and the league's other unvaccinated players. Senator Cruz himself is vaccinated. In the same Twitter thread, he called out Lebron James to boycott any games played...
NBA・17 DAYS AGO
fadeawayworld.net

Hindsight is always perfect, and NBA contracts are often looked back on as a positive or negative experience. Players are normally paid for what they deserve, but there are cases where there are very bad contracts being given out. So much so, that even retired NBA players are being paid until this day.
NBA・25 DAYS AGO

Why Shareef O’Neal, the Son of NBA Icon Shaquille O’Neal, Has the Highest NIL Earning Potential on Instagram

NBA icon Shaquille O’Neal made a lot of money on the basketball court. His son, college hoops star Shareef O’Neal, has potential to do the same. Sports media company The Action Network has revealed a list of college athletes, dubbed The NCAA Rich List, who could charge the most per sponsored Instagram post under the new name, image and likeness rules. To create the list, The Action Network said it used marketing and analytical tool HypeAuditor to reveal follower counts and engagement rates on the social media platform, with data accurate as of Sept. 10. The amount athletes could earn was...
BASKETBALL・12 DAYS AGO
fadeawayworld.net

7 Most Skilled Scorers In NBA History: Michael Jordan And Kobe Bryant Are Two-Of-A-Kind

There is something about elite scorers that draw the attention of fans across the world. The greatest scorers in the game are usually the most popular players, and receive the most recognition for their talent on the floor. After all, the point of basketball is to outscore your opponent and nobody did it better than these 7 players.
NBA・7 DAYS AGO
diehardsport.com

Freshman forward Moussa Diabate has been clearly working out. Take a look at this photo of the former five-star:
MICHIGAN STATE・24 DAYS AGO
Insider

"That was so raw!" Chance the Rapper said excitedly to the 6-foot-4 forward after the game. "I can't believe I just watched that shit happen!"
CHICAGO, IL・10 DAYS AGO
Yardbarker

Kendrick Perkins: "If I’m Kevin Durant And James Harden, I Would Not Let Kyrie Stand In The Way Of Me Winning A Championship"

Kyrie Irving has received criticism in recent days due to his decision not to take the COVID-19 vaccine. The Brooklyn Nets guard isn't alone on this matter, as other players like Bradley Beal, Andrew Wiggins, Jonathan Isaac and more are adamant that they won't take the shot. Still, Kyrie is...
NBA・15 DAYS AGO
Washington Post

The 25th anniversary season of the WNBA sprints toward the finish line this week with a cast that includes some of the biggest stars in women’s basketball. The Phoenix Mercury — with Diana Taurasi, Brittney Griner and Skylar Diggins-Smith — advanced to the WNBA Finals with a thrilling 87-84 win over the Las Vegas Aces on Friday night in a decisive Game 5. It will host Chicago — featuring Candace Parker, Courtney Vandersloot, Allie Quigley and Kahleah Copper — after the Sky disposed of the top-seeded Connecticut Sun, 3-1.
BASKETBALL・7 DAYS AGO
Yardbarker

Russell Westbrook Says He Must Adjust To LeBron James And Anthony Davis During The Season: "I'll Find A Way"

Russell Westbrook has joined the Los Angeles Lakers, finally forming a big three in LA to compete with the Brooklyn Nets. Russ will team up with LeBron James and Anthony Davis to give the Lakers a trio that can help win them the NBA championship. Westbrook has been in the...
NBA・11 DAYS AGO
fadeawayworld.net

Former Pelicans Head Coach Stan Van Gundy On Kyrie Irving: "He's Not Giving A Voice To The Voiceless. I'm Not Buying That."

Kyrie Irving and the Brooklyn Nets have been at the center of the NBA media world, thanks to Irving's unwillingness to get the COVID-19 vaccine. Perhaps the craziest part of the whole situation is that Irving himself claims he is not anti-vaxx. Rather, he says he's against the strict protocols that are pressuring the citizens. According to him, he's giving a voice to those who don't have one by standing up for their right to choose what goes into their bodies.
NBA・2 DAYS AGO