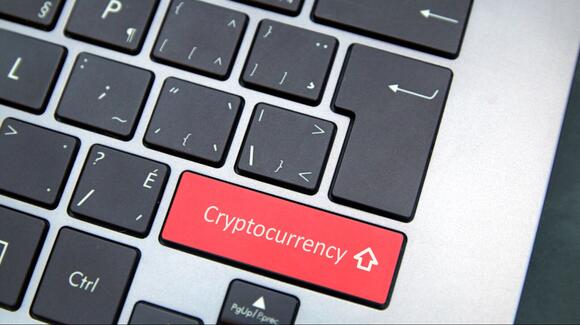 China's central bank, the People's Bank of China (PBOC), on Friday banned all cryptocurrency transactions and declared that it would stop illegal crypto mining in the country. Bitcoin traded down about 6.5% shortly after Friday's opening bell at $41,866, still better than a low below $41,000 posted earlier.

Ethereum traded down nearly 7%, Dogecoin was down more than 7% and Litecoin traded down over 8%. Publicly traded companies that mine bitcoin and other cryptocurrencies also traded down, with a China-based miner retreating more than 15%.

The PBOC's official notice of the ban on trading was abundantly clear (h/t, Google Translate) about its reasoning:

Recently, virtual currency trading hype [sic] activities have risen, disrupting the economic and financial order, breeding illegal and criminal activities such as gambling, illegal fund-raising, fraud, pyramid schemes, and money laundering, and seriously endangering the safety of people's property. In order to further prevent and deal with the risks of virtual currency trading speculation, and effectively maintain national security and social stability, [the PBOC is clarifying its rules].

In early August, the Chinese government took its first step to rein in digital payment systems like Tencent and Ant, a likely precursor in China's rulers' drive to create a digital yuan controlled by the government. The government began testing a digital currency in April of last year.

As for bringing an end to illegal mining, the (translated) notice does not mention that specifically, but a companion explainer makes the relationship clear :

Resolutely curb the hype [sic] of virtual currency transactions, severely crack down on illegal financial activities and illegal criminal activities related to virtual currencies, protect the safety of the people's property in accordance with the law, and make every effort to maintain economic and financial order and social stability.

Here is how eight bitcoin-mining stocks traded Friday morning. Only one is based in China, and it is the one that dropped the most. Most later pared the premarket losses, and one even was trading higher than its Thursday closing price.

Canaan Inc. (NASDAQ: CAN) is a Beijing-based maker of semiconductors and equipment to supply crypto miners. The company has been publicly traded since November of 2019, but after a spike to nearly $40 in March of this year, the stock now trades at around $6.60. The stock's 52-week range is $1.84 to $39.10, and Friday's volume was already near the daily average of around 6.7 million shares.

Bitfarms Ltd. (NASDAQ: BITF) is a Toronto-based cryptocurrency miner that began trading on the Nasdaq in June. Nearly all the company's mining activities are powered by renewable hydroelectric power. The stock was down about 1.5% to $4.95, in a 52-week range of $0.21 to $10.00. The average daily trading volume is around 5.3 million shares, and 1.7 million had traded Friday morning.

Marathon Digital Holdings Inc. ( NASDAQ: MARA ) is a Las Vegas-based crypto miner and sports the highest market cap of any of these firms, more than $3.5 billion. The stock traded down about 4.7% to $35.93, in a 52-week range of $1.74 to $57.75. Nearly 9 million shares are traded on an average day, and more than 4 million had changed hands in the first hour of trading Friday.

Greenidge Generation Holdings Inc. ( NASDAQ: GREE ) traded up about 4.2% Friday morning. The company is based in upstate New York and recently merged with Support.com. It operates both bitcoin-mining and power-generation facilities in New York. The stock's 52-week range is $14.35 to $519.04 (split-adjusted), and about 2.6 million shares are traded every day. Thus far Friday, 1.7 million shares had been traded. We have been following this stock closely in our daily meme stock reports, and Friday's higher price is likely due to an effort to squeeze short sellers.

Hive Blockchain Technologies Ltd. (NASDAQ: HIVE) is a Vancouver, B.C.-based crypto miner with operations in Canada, Sweden and Iceland. The company traded over the counter in the United States until June of this year. The stock's 52-week range is $0.23 to $5.75, and it traded down about 1% Friday morning to $2.93.

Hut 8 Mining Corp. ( NASDAQ: HUT ) is another Toronto-based crypto miner with operations in North America. The company commenced trading on the Nasdaq in June, and since then the share price has more than doubled. The stock traded down about 2% Friday morning, at $8.70 in a 52-week range of $0.58 to $13.00. The average daily trading volume is around 6.6 million shares, and more than 3.5 million had already changed hands Friday morning.

Coinbase, a leading cryptocurrency exchange, and Robinhood, a popular and innovative trading platform, are often compared to try to determine which is the best service for trading and investing in cryptocurrency. Both have simple applications that are user-friendly for beginners. … Continue reading → The post Coinbase vs. Robinhood for Crypto: Which Is Best? appeared first on SmartAsset Blog.
MARKETS・8 HOURS AGO
kwos.com

(AP) — Missouri’s largest utility has set up a data center at the site of one of its coal-fired power plants that it is using to mine the Internet for bitcoins. Ameren Corp. officials say the data center could also help stabilize demand for electricity that could help it avoid ramping production down and back up again, which is inefficient.
MARKETS・15 HOURS AGO
News 8 WROC

The mainland government has maintained a zero-tolerance policy toward the pandemic, using lockdowns, quarantines and compulsory testing to stamp out COVID-19 outbreaks quickly.
PUBLIC HEALTH・14 HOURS AGO
24/7 Wall St.

Two relatively under-the-radar stocks put on a real fireworks show Monday. And so did an automaker that reached a valuation of $1 trillion.
STOCKS・12 HOURS AGO

China is accused of exporting authoritarian technology. But the west has done so, too, more covertly

China’s 5G technology has now been banned in many countries, including Australia, New Zealand, the US and many in the European Union. In 2019, a NATO Cyber Defence Centre report identified Huawei’s 5G technology as a security risk. Since September, telecommunications providers in the US have been able to apply for compensation through a US$1.9 billion program designed to “rip and replace” Huawei and ZTE equipment, due to perceived risks to national security. But fears over China’s attempts to export its digital and surveillance technologies go far beyond just Huawei and 5G. China has been accused of exporting “digital authoritarianism” and spreading...
CHINA・1 DAY AGO
CNBC

Chinese technology giants from Alibaba to Baidu have been designing their own chips, a move seen as progress towards China's goal to boost its domestic capabilities in a critical technology. In reality, China is still a long way off even if it's one step closer to self-sufficiency, says one expert,...
ELECTRONICS・2 DAYS AGO
NEWSBTC

The National Development and Reform Commission is asking the Chinese public for their opinion on the Bitcoin mining ban. Is China’s government playing 4D chess or are they confused and considering backtracking their decision? Can they unring this particular bell or is this a too little too late scenario? Do they really care about what the general public thinks or is this survey just for the optics?
ECONOMY・1 DAY AGO
investing.com

AsicWay, an innovative technology company has recently announced its grand entry to the global crypto market with its new generation of crypto miners. The company is dedicated to making the benefits of crypto mining available to all, regardless of their experience and technical expertise. Unlike any other existing product in the market, AsicWay mining rigs offer guaranteed return on investment within just one month.
COMPUTERS・4 DAYS AGO
Fortune

Subscribe to Eastworld for insight on what’s dominating business in Asia, delivered free to your inbox. On Sept. 3, Alibaba announced that it would spend $15.5 billion to support China’s drive toward “common prosperity,” the term used by Chinese President Xi Jinping to describe his plan to tackle the country's income inequality.
CHARITIES・7 DAYS AGO
Fortune

Subscribe to Eastworld for insight on what’s dominating business in Asia, delivered free to your inbox. Since the Trump administration plunged the U.S. and China into a still-unresolved trade war in 2018, political pundits have argued that the two superpowers are entering a great “decoupling,” in which leading industries in each nation grow increasingly isolated from their counterparts in the other.
ECONOMY・7 DAYS AGO
FXStreet.com

BTC price is up 50% since China 'selflessly' banned Bitcoin mining

It’s been 150 days since China banned Bitcoin (BTC) mining — and BTC price action has only benefited as a result. Five months ago, China caused a considerable but not unsurprising stir by doubling down on its hostile environment policy toward cryptocurrency. Bitcoiners to China: Thanks for the ban. Just...
MARKETS・7 DAYS AGO
Tom's Hardware

It's been 150 days since provinces throughout China started to ban cryptocurrency mining. That crackdown was expected to cause problems for Bitcoin, given that Chinese mining operations contributed more to its hash rate than miners in any other country. However, Cointelegraph argued that BTC actually thrived following the ban. Perhaps...
MARKETS・7 DAYS AGO
PC Gamer

China's dominance of cryptocurrency mining is over, with the latest statistics from the Cambridge Bitcoin Electricity Consumption Index (CBECI) reporting zero activity in the area from July 2021 onwards (via MinedPool). That's not surprising given that the Chinese Communist Party governing the country has declared 'virtual currency-related business activities are...
ECONOMY・8 DAYS AGO
hypebeast.com

The U.S. Has Overtaken China As the Largest Miner of Bitcoin, Data Shows

The U.S. has now overtaken China as the largest miner of Bitcoin, according to new data from the Cambridge Center for Alternative Finance. According to the Cambridge Bitcoin Electricity Consumption Index (CBECI), the U.S.’ average monthly hashrate share — or computational power required to mine Bitcoin — as of July represented 35.4% of global Bitcoin mining efforts. Kazakhstan was second in average monthly hashrate share with 18.1% as of July, followed by Russia with 11.2% and Canada with 9.5%.
ECONOMY・10 DAYS AGO
investing.com

Bitcoin (Price and Hashrate Recovery) Vs China – The Takeaways. What Next for the Crypto Industry After China’s Ban?

Bitcoin (Price and Hashrate Recovery) Vs China – The Takeaways. What Next for the Crypto Industry After China’s Ban?. The Chinese ban continues to gain momentum this year, leading to a sharp crash in the price of cryptocurrencies in June. A reduced hash rate as low as 69Eh/s in June...
MARKETS・11 DAYS AGO
Fortune

Subscribe to Fortune Daily to get essential business stories straight to your inbox each morning. China’s drive to root out cryptocurrencies has uncovered hundreds of miners who were using electricity at public institutions, a development that comes as the nation struggles with a power crunch. Zhejiang and Jiangsu provinces recently...
ECONOMY・11 DAYS AGO
rockpapershotgun.com

Steam is banning games with NFTs and cryptocurrency

Valve appear to be laying down some new rules for games on Steam, specifically games that involve trading or receiving cryptocurrancy and NFTs. The change has been shared by SpacePirate Games, developers of Age Of Rust, who say they were notified this week about the new prohibition. Over in the Steamworks portal, a new type of content that cannot be published on Steam has been added. "Applications built on blockchain technology that issue or allow exchange of cryptocurrencies or NFTs."
VIDEO GAMES・11 DAYS AGO
Coinspeaker

The United States now dominates more than 35% of the global Bitcoin hashrate. Over the last few months, China’s dominance has dropped from 65% to zero. The United States has been clearly gaining at the cost of China’s heavy crackdown on crypto miners. As per the latest reports, US has emerged as the number one destination for Bitcoin miners beating China for the first time in history.
MARKETS・12 DAYS AGO
hngn.com

Following China's prohibition earlier this year, the United States is now the world leader in cryptocurrency mining, according to University of Cambridge academics. In a recently published article in Newsweek, researchers from the Cambridge Centre for Alternative Finance (CCAF) stated in an update to the Cambridge Bitcoin Electricity Consumption Index (CBECI) that cryptocurrency mining in China has virtually vanished after accounting for approximately 75 percent of the worldwide share in September 2019.
MARKETS・12 DAYS AGO