Rats ‘the size of cats’ reportedly invading homes through toilets

By Elaine McCallig
Indy100
26 days ago 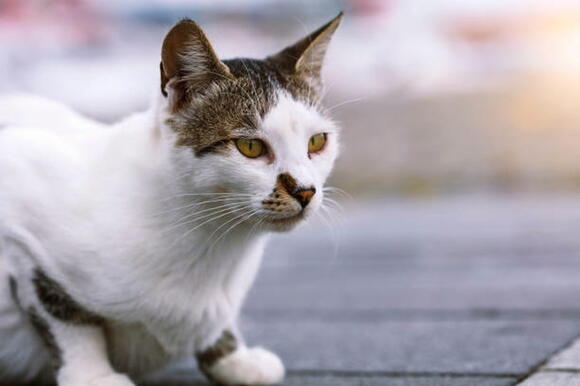 Large rats “the size of cats ” have reportedly been invading homes in England by climbing up through toilets .

"I was called out to one job in Norwich and the customer could barely speak, she was in so much shock,” he said.

"She’d been using the bathroom and heard a noise. She looked down and it was in the toilet bowl. And this is happening more and more frequently."

He also heard from a couple who were driven out of their home by the rodents.

These brave animals are only getting bolder. After having the freedom to go places they wouldn’t have attempted to go before as humans stayed home during lockdown, they’re getting much less shy about letting themselves into people’s homes, businesses, and bathrooms.

During lockdown, the British Pest Control Association (BPCA) reported a 51 per cent increase in ‘rat activity’.

Although you might think getting a cat would help, Dellbridge said: “A sensible cat doesn’t like a big rat and I’m seeing cats having a huge problem with fleas at the moment. So you would still have rats, and fleas.”

Horrifyingly, rats making their way up through our toilets isn’t just an urban legend — it’s actually quite easy for them.

Cities have had some novel solutions when it comes to banishing the long-tailed home intruders.

After an elderly man was bitten on the bum by a rat that came up his toilet in Ireland, Cork County Council considered spiking the sewer system with rat poison.

In Chicago, a charity tried to solve their rat problem by releasing 1,000 feral cats onto the street.

Maybe an army of wild kitties and rodent-guzzling herons is just what we need to tackle our rat problem.

Between rats interrupting people’s morning constitutionals to workers being too paranoid to poo at work , it seems we’ll just have to pick our struggle.

OMG!!! I always had the fear of something crawling up my toilets!!!! Have to turn the dam lights on to look in the middle of the night just in case! Thanks for confirming one of my worst fears!!!😱😱😱😱

I love the way they give us a picture where the camera is jammed up against the rat to make it look as large and detailed as possible to convince us how big the rats are. 🐀

Cats Who Raised 8 Kittens Together, Wait at Glass Door at Shelter Every Day

Two cats who have raised their eight kittens together, wait at the glass door at the shelter every day. Early this month, Exploits Valley SPCA (in Newfoundland and Labrador, Canada) took in two cat moms and their eight kittens that desperately needed help. The large clowder had been rescued by Boyd's Cove TNR Project before they made their way to the shelter.
ANIMALS・4 DAYS AGO
Best Life

Keeping This in Your Yard Could Be Attracting Rats, Officials Warn

While few people are eager to find a steady stream of roaches, ants, or spiders making themselves at home in their yard, there are few pests that inspire the same level of disgust as rats—and with good reason. Not only do they frequently make their way into homes, nestling in storage boxes, gnawing through electrical wires, or eating your food, they're also capable of transmitting a number of diseases to humans. Rats are known carriers of everything from salmonellosis to plague, potentially making those who come into contact with them seriously ill, according to the Centers for Disease Control and Prevention (CDC).
ANIMALS・15 DAYS AGO
jdnews.com

Residents are reporting sightings of creatures that look way too cute to be dangerous as some of the world’s most venomous caterpillars have been spotted strutting around Onslow County. The Southern Flannel Moth, also known as a puss caterpillar, is a slug-like critter covered in yellowish and orange hairs that...
ONSLOW COUNTY, NC・29 DAYS AGO
lovemeow.com

A kitten stumbled her way into the embrace of a dog after she had been found wobbling outside as a stray. Late last month, a little wobbly kitten named Junipurr came to Mojo's Hope, a rescue group in Anchorage, Alaska. She was very unsteady and unable to walk due to a neurological condition, but nothing seemed to slow her down from the start.
11 DAYS AGO

The internet user shared the story of their second elderly cat adoption after learning from others online that older cats are adopted less than they thought.
PETS・17 DAYS AGO
TODAY.com

A mama bear was filmed teaching her cub how to use a playground slide — and the footage is unbearably cute. Betsie Stockslager captured the now-viral moment earlier this week at Isaac Dickson Elementary School in Asheville, North Carolina, where she works as a teacher. In the video, the mom...
ASHEVILLE, NC・30 DAYS AGO
102.7 KORD

Woman and Dog Boil in Yellowstone Hot Pot and LIVE

I remember our first family trip to Yellowstone National Park. I was 11 and my brother was 5 years old. We got to see Old Faithful and that was pretty cool, but when you're a kid it was boring standing around waiting for it to go off! We went inside Yellowstone Lodge and even as kids could appreciate the architecture. We didn't know what the word architecture meant at the time, but you know what I mean.
ANIMALS・17 DAYS AGO
New York Post

Couple adopts abandoned dog after noticing she was chasing their car

A couple traveling through the Spanish mountainside say they noticed a small dog chasing behind their car. When the dog refused to give up, the couple realized something was wrong. “We thought it was just a game, but soon realized something wasn’t right because she was running fast and would...
PETS・11 DAYS AGO

Over the weekend, a puppy was found tied to a shopping cart that was half-submerged in water on New South Boulevard in Gloversville, New York. Thankfully, the puppy was found by a local man, who took the dog to a shelter for treatment. The dog was reportedly in good shape and did not appear to have sustained any injuries.
GLOVERSVILLE, NY・8 DAYS AGO
lovemeow.com

A tiny kitten was found in a box under a car and nuzzled his way into the arms of a doting cat. A few days ago, Magdalena Jaźwińska from Poland received a phone call from the veterinary clinic that she works at, about a kitten needing help. "The staff know...
26 DAYS AGO
Insider

38 photos of animals that were taken at the perfect time

These photos of animals - from whales to squirrels - are guaranteed to make you smile.
ANIMALS・19 DAYS AGO
rockdalenewtoncitizen.com

A Coney Island grandmother is tired of fighting for her family to get  repairs, so, after two years of putting in repair tickets, the family tweeted PIX11 to push the City to finally take action.  They say the rodents are starting to invade their bathroom.  Melondie Cummings was busy at work Wednesday but spoke to PIX11 about […]
NEW YORK CITY, NY・2 DAYS AGO
Newsweek

Farmer Finds 5-Legged Lamb in His Flock, Decides to Keep It as a Pet

"I've got three little kids and they'll be fascinated to have that as a bit of a special pet for hopefully the rest of its life," Sam Kuerschner said.
ANIMALS・7 DAYS AGO
The Independent

Optical Illusion of Dog in Window is Confusing the Internet

A pet owner photographed their small dog looking out of a window, but the image has left many internet users scratching their heads.
ANIMALS・4 DAYS AGO
expressnews.com

Video: Deer caught on camera eating cat food outside a Northwest Side home

A large deer with massive antlers paid a visit to a Northwest Side home for an early morning snack last week. Sarajane Thompson, 33, caught the deer on her home's security cameras eating cat food left outside of her home on Sept. 30 in the Vance Jackson area. She said the deer visited around dawn and returned again later that day.
16 DAYS AGO
cbslocal.com

WALNUT CREEK (KPIX) — Dozens of cats and dogs were removed from a Danville home on Friday. The Contra Costa Animal Services labeled it a hoarding situation but the homeowner said the pets are part of a non-profit rescue and were waiting to be adopted. “I just want the public...
DANVILLE, CA・5 DAYS AGO
WMUR.com

'You have to come home!': Florida teen finds iguana in their toilet

HOLLYWOOD, Fla. — Iguanas are known to be an invasive species — and as many South Florida residents have learned recently, they are invading some of the most personal spaces. Related video above: Iguana makes himself at home. An iguana was found in the toilet in Courtney Ortiz's home in...
FLORIDA STATE・14 DAYS AGO
nonpareilonline.com

Sorting through the hype regarding black cats and Halloween

With roughly two weeks before Halloween, we often get asked if we adopt out black cats this time of year. In short, of course we do. As with any adoption, we try to find the right pet for each owner. Crafting well-matched adoptions is important for the animal as well as the owner. We believe most, and hopefully all people, who are paying to adopt any pet are doing it for the right reasons and will love and take care of those pets.
ANIMALS・7 DAYS AGO