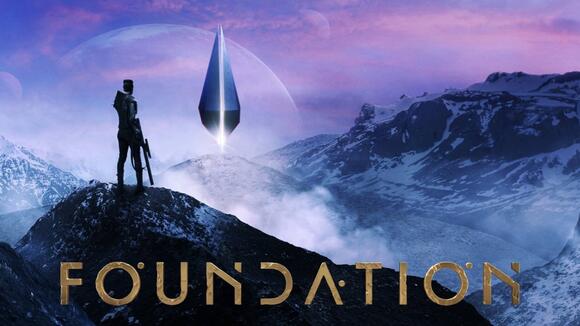 As expected, the European Commission (EC) on Thursday released a proposal that would require manufacturers of electronic devices to use a common design for their device chargers . The primary target of the proposal is Apple Inc. ( NASDAQ: AAPL ). The company has resisted European Union efforts to standardize chargers, claiming such a rule would "hamper innovation."

If the European Parliament adopts the proposal, Apple would have until 2024 to ditch its Lightning connector and adopt the USB-C connector used by most other smartphone makers. The proposal is intended to reduce waste by allowing people to use existing chargers and cables when they purchase new chargeable devices. The proposed rules also apply to smartphones, tablets, headphones, speakers, video game consoles and cameras.

According to a report at The Verge, Apple could bypass the rule by adopting a wireless charging system . The proposed rules do not apply to wireless chargers.

In addition to its argument about stifling innovation, Apple also has contended that switching its devices to the USB-C connector will increase waste as hundreds of millions of devices that use the Lightning cable will be made obsolete. This seems a bit disingenuous, as Apple could come up with a recycling program that would limit the impact.

The first two episodes of "Foundation" begin streaming Friday on Apple TV+. The series is Apple's stab at replicating the success of "Game of Thrones." According to a report at The Verge, showrunner David S. Goyer has said that he's already plotted out eight seasons for the show . The show is based on Isaac Asimov's Foundation trilogy, first published in the 1940s as short stories and later as a trilogy between 1951 and 1953.

Early reports are not encouraging. The Guardian's review headline is perhaps a bit harsh : "Foundation review – a galaxy of money can't save Apple’s Star Dreck." Rotten Tomatoes gives an average Tomatometer score of 75% and an average audience score of 90%.

Finally, global preorders for new models of iPhone 13 are running more than 20% ahead of last year's preorders for the iPhone 12, according to a report in Barron's citing Wedbush analyst Dan Ives. We noted on Wednesday that more than 5 million new iPhones have been preordered in China.

Ives estimated that about 250 million of 975 million iPhone users globally have not upgraded their phones in more than 3.5 years, "creating pent-up demand within the company's fixed base." He does not expect supply chain issues to affect delivery dates. Ives has an Outperform rating on Apple stock and a 12-month price target of $185.00. Apple stock closed up about 0.7% on Thursday at $146.83.

Apple’s plan to scan images will allow governments into smartphones

For centuries, cryptography was the exclusive preserve of the state. Then, in 1976, Whitfield Diffie and Martin Hellman came up with a practical method for establishing a shared secret key over an authenticated (but not confidential) communications channel without using a prior shared secret. The following year, three MIT scholars – Ron Rivest, Adi Shamir and Leonard Adleman – came up with the RSA algorithm (named after their initials) for implementing it. It was the beginning of public-key cryptography – at least in the public domain.
CELL PHONES・22 HOURS AGO
USA TODAY

Apple MacBooks, Google phones, Samsung: Brace yourselves for another big week in tech

Next Monday kicks off another wave of new tech announcements, including Apple MacBooks and a Google Pixel smartphone.
TECHNOLOGY・22 HOURS AGO
Rolling Stone

Amid Rumors of New AirPods, Apple’s AirPods Pro Drop Down to Their Lowest Price in Months

Apple’s products are known for many things — aesthetics, longevity, features, quality — but one thing they’re not known for: going on sale. The company never discounts its own hardware, but the brand new AirPods Pro are $70 off at Amazon right now as part of a surprise Apple sale. That brings them down to just $179.99 — the lowest price we’re seeing at any retailer right now (for comparison: the AirPods Pro retail for $249 at Apple.com). No coupon code is required for this deal. This discount comes amid rumors that Apple will announce a new pair of AirPods at...
ELECTRONICS・1 DAY AGO
9to5Mac

We’ve only just got our hands on the new Apple Watch Series 7, and we happen to have the new green model. Much has been made about what the new watch colors actually look like in person, especially the green, since it’s the one Apple is choosing to market most prominently. Now that we’ve seen it, we can confidently say it’s one of the best aluminum finishes Apple has ever shipped.
ELECTRONICS・1 DAY AGO

Apple Watch Series 7: All there is to know about Apple’s latest watch

What’s All the Fuss About Apple’s M1X MacBook Pro?

On Monday, Apple will show the next step in the evolution of its Apple Silicon Macs with the "M1X" MacBook Pro. What does it all mean, and will you want one?. Although nothing is yet official, we expect Apple to launch its widely rumored 14- and 16-inch MacBook Pros at Monday's Unleashed event, along with (possibly) an upgraded Mac mini and a big-screen iMac Pro. Many—perhaps all—details of the MacBook already have leaked, as we shall see in a moment, but one detail remains a mystery: What is the M1X?
COMPUTERS・1 DAY AGO
SlashGear

Today the European Union released a public statement on their intent to require USB-C for all smartphones, tablets, cameras, and more. “The European Commission tried to bring companies on board via voluntary agreements, which partially worked.” said Anna Cavazzini, Chair of the EU Parliament’s consumer protection committee. “However, not all companies have agreed, and that is why the Commission has finally proposed legislation for one common standard for chargers.”
CELL PHONES・1 DAY AGO
yankodesign.com

Apple may have until 2024 to comply with the EU’s demands to have USB-C as the standard charging port for smartphones… but it seems like a Swiss robotics student may have beaten them to the punch. Meet the world’s only USB-C iPhone (that we know of), hacked together by Ken Pillonel, a master’s degree student in robotics at the Swiss Federal Institute of Technology.
CELL PHONES・1 DAY AGO

We’re Geeking Out Over These Apple Deals: Save Up to $150 on MacBooks, the iPhone 13, and iPads

All products and services featured by IndieWire are independently selected by IndieWire editors. However, IndieWire may receive a commission on orders placed through its retail links, and the retailer may receive certain auditable data for accounting purposes. You don’t have to wait until Black Friday to find great deals on gadgets that will turn your house into a smart home. Like a lot of retailers, Amazon has been rolling back prices for early bird shoppers who want to stock up on must-haves before the holiday season kicks into gear. To help you get started, we gathered up some of the best Amazon...
ELECTRONICS・2 DAYS AGO
MarketWatch

New bills aim at Apple, Google and Facebook as U.S. attempts to catch up to Europe’s Big Tech push

U.S. lawmakers introduced another wave of proposed legislation aimed at Big Tech on Thursday, their latest attempt to catch up to what European regulators have been doing for years.
NFL・2 DAYS AGO
Android Authority

EU hits back at Apple, says it could swap USB-C for a better standard

The EU has denied that its new common charger proposal would hamper innovation. An MEP said the proposal would allow for the adoption of a standard that’s better than USB-C. The EU announced a proposal last month that would force all gadget makers to adopt USB-C as the standard port for charging. This isn’t much of a problem for Android brands, as they already use USB-C ports on most of their phones. Apple, on the other hand, uses a Lightning port for charging iPhones and claimed at the time that the proposal would stifle innovation.
TECHNOLOGY・2 DAYS AGO

Macs, M1X, AirPods and more: What to expect at Apple’s ‘Unleashed’ event

Apple’s “Unleashed” event on Monday, October 18, is possibly one of most anticipated tech events of the year—more than the WWDC 21 keynote and the “California Streaming” iPhone 13 event last month, even more than any event put on by Google, Intel, AMD, or any other tech company this year. Why? Because Apple is about to unveil some of its most anticipated new products in years. Here’s what we expect to see on Monday.
ELECTRONICS・2 DAYS AGO
MarketWatch

Cloud computing, once the exclusive turf of the duopoly of Amazon.com Inc. and Microsoft Corp., is becoming a more egalitarian field with stable competition thanks to companies' move toward leveraging multiple cloud-computing systems at once --- opening potential riches for Alphabet Inc. parent Google, Oracle Corp. and International Business Machines Corp.
BUSINESS・2 DAYS AGO
hackaday.com

Why Wait For Apple? Upgrade Your IPhone With USB-C Today!

Apple iPhones ship with the company’s Lightning cable, a capable and robust connector, but one that’s not cheap and is only useful for the company’s products. When the competition had only micro-USB it might have made sense, but now that basically all new non-fruity phones ship with USB-C, that’s probably the right way to go.
CELL PHONES・2 DAYS AGO
BGR.com

Apple macOS Monterey: Everything we know so far

Apple’s macOS received a major overhaul last year with macOS Big Sur, which brought the Mac experience closer to iOS than ever. That doesn’t mean, however, that Apple is done improving on the Mac’s operating system — and the company announced the new macOS Monterey at its annual Worldwide Developer Conference. MacOS Monterey, also known as macOS 12, brings a series of new improvements to the Mac as a whole, including better integration with the iPad, and features that are also coming to the iPhone. Currently, the operating system is in public beta, which basically means that it’s still being refined and...
COMPUTERS・2 DAYS AGO
MarketWatch

Amazon.com Inc. managed to dominate online book sales, then all of e-commerce and cloud computing. Now, the company has found a significant foothold in the next business it has targeted: Videogames.
BUSINESS・2 DAYS AGO
Macworld

It’s basically a foregone conclusion that Apple won’t be making an iPhone with USB-C, so a robotics student has made his own. In a short video posted on YouTube, Ken Pillonel, a master’s degree student in robotics at the Swiss Federal Institute of Technology, has shown off what looks to be an iPhone X or XS with a USB-C port where the lightning port would be. In the video, Pillonel shows the iPhone charging and transferring data when a MacBook Pro USB-C power adapter is plugged in.
CELL PHONES・4 DAYS AGO
24/7 Wall St.

Apple has announced a date for its expected launch of new MacBook Pro models and, likely, more new hardware.
CELL PHONES・4 DAYS AGO