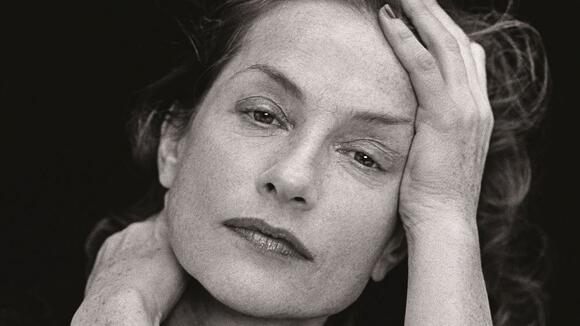 Isabelle Huppert (“The Lacemaker,” “The Piano Teacher”) has been appointed as the president of the jury that will decide the competition winners at the Tokyo International Film Festival (Oct. 30-Nov. 8, 2021). “Ms. Huppert is not only a great French actress with intelligence and insight, but also a world-renowned filmmaker with a successful and extensive international career. Moreover, she is also a big fan of Japan. It’s wonderful that Ms. Huppert will join us at TIFF as the jury president, and will help our festival bloom despite the COVID-19 pandemic,” said festival chairman Ando Hiroyasu .

“It is a great honor to be chosen to preside over the International Competition Jury of the 34th TIFF, one of the most important Festivals in the world I have always considered with great respect. And what a joy to be welcomed again in Japan, a country with such a fascinating culture and an impressive film history,” said Huppert.

“I have had the pleasure of presiding on Festival juries throughout the world, and each time it is an inspiring experience to share my perspective with fellow talents from different backgrounds, united by a common love for cinema. I wish this edition of the festival a great success and I look forward to discovering the films selected this year together with the jurors, in a theater. How lucky we are!”

ShortsTV , the international short film network, and Amazon are partnering to launch ShortsTV on Amazon Prime Video Channels in India, significantly increasing the network’s reach in the country. ShortsTV is already available in India on Tata Sky, Airtel TV, Dish TV and d2h, as well as OTT platform Airtel Xstream. The channel brings more than 4,000 short films to its subscribers, including Oscar, Bafta and major festival winners as well as independent and experimental works. Content will be made available in several languages, including many local Indian dialects.

The 2022 Brit Awards with Mastercard will be held on Tuesday, Feb. 8, broadcast exclusively on ITV from London’s famous O2 Arena. The Brits have also unveiled that Polydor co-president Tom March will take over as chair of the Brit Committee for 2022. This year’s 2021 edition, organized for the third year with Universal Music U.K. , was billed as a celebration of the return to live music after the worst of the COVID-19 pandemic and featured performances by Taylor Swift, Elton John, The Weeknd, Coldplay and Dua Lipa.

Channel 5 in the U.K. will launch an extended, nightly news bulletin program this fall in its 5 p.m. slot. The new, 2-hour program will replace the network’s two existing 30-minute broadcasts at 5.pm and 6:30 p.m. respectively. The added hour of coverage and uninterrupted format will allow the program to examine subjects in greater detail and create space for more investigative, regional and social affairs reporting, according to the network. Channel 5 recently had a request to revise its license conditions relating to new productions approved by Ofcom , which makes the programming change possible. Under the new terms, Channel 5 will continue to deliver a minimum of 280 hours of news each year. The change to the license conditions reflects the popularity of the network’s early-evening news programming among women, younger audiences and viewers from a range of socio-economic backgrounds.

SALES U.S. sales agent Outsider Pictures has boarded Abhinandan Banerjee‘s Indian film “The Cloud & the Man” (Manikbabur Megh), while European sales agent The Open Reel is on board Joan Gómez Endara‘s Colombia/Panama project “The Red Tree.” Both films are in the first features competition at the 25th Tallinn Black Nights Film Festival, where they will have their world premieres. “The Red Tree” is a road movie that tells a story about three people at very different stages of life. It is produced by Sonia Barrera, Joan Gómez Endara and Viviana Gómez for Big-Sur Película. The cast includes Carlos Vergara, Shaday Velasquez...
MOVIES・13 DAYS AGO
Variety

FESTIVAL The Italian Cultural Institute in London, La Biennale di Venezia and Curzon have teamed for ‘From Venice to London,’ a season where seven films from Venezia 78 will be shown at Curzon cinemas across London from Nov. 18-22. “The Lost Daughter,” directed by Maggie Gyllenhaal will open the season and “The Hand of God,” directed by Paolo Sorrentino, will close it. The other selections include “Qui rido io,” directed by Mario Martone; “La santa piccola, directed by Silvia Brunelli, “La ragazza ha volato, directed by Wilma Labate,” “Il buco,” directed by Michelangelo Frammartino; and “Ariaferma,” directed by Leonardo Di Costanzo. President of...
MOVIES・5 DAYS AGO
Keene Sentinel

After two and half years of darkness, filmgoers will see the light—of the movie screen—once again this month. The Monadnock International Film Festival returns (mostly) in-person Thursday, Oct. 21, and features 10 days of independent and award-winning cinema before closing Sunday, Oct. 30, in downtown Keene and in Peterborough. More...
KEENE, NH・13 DAYS AGO

HUNTINGTON — The Fall International Film Festival returns to the Keith-Albee Performing Arts Center from Thursday through Sunday, Oct. 21-24, featuring six critically acclaimed films from around the world. “Little Girl” (France) is a portrait of 7-year-old Sasha, who has always known that she is a girl, and her family,...
HUNTINGTON, WV・11 DAYS AGO
TravelPulse

The Global Tourism Film Festival (GTFF) and the Netherlands Board of Tourism have revealed the festival’s lineup of films, workshops and seminars for this year’s virtual film festival, held October 21-24. GTFF 2021 has received entries from nearly every continent, and selections include feature films showcasing cultures and destinations within...
MOVIES・8 DAYS AGO

M. Night Shyamalan, known for his work as a director and producer in films like Split and its sequel Glass, will be joining the 72nd Berlin Film Festival as the president of the international competition jury. Born in India but raised in Philadelphia, the American filmmaker has had consistent box...
MOVIES・8 DAYS AGO
WKYC

CLEVELAND — Editor's Note: The above video is from a previously published story. The Cleveland International Film Festival (CIFF) made a big announcement on Thursday that Fall Fest will be on the CIFF's streaming platform. Fall Fest is set to take place Thursday, October 28 through Monday, November 1, the...
CLEVELAND, OH・13 DAYS AGO
kpcw.org

Park City Local Ginger Tolman’s 2020 film A Piece of Me has been selected by the NGO International Film Festival– a festival sponsored by the United Nations in support of the UN’s Sustainable Development Goals. The film - which premiered in 2020 just weeks before the pandemic shut everything down...
PARK CITY, UT・6 DAYS AGO
RFT (Riverfront Times)

ACQUISITION Expanding on their already fruitful non-fiction partnership, ZDF Enterprises and Studio Hamburg Production Group have agreed to a closer working relationship in fiction production starting in January of next year, when ZDF Enterprises will acquire a 49% stake in Real Film, a Studio Hamburg subsidiary. The purchase is currently awaiting approval from German antitrust authorities. “I am pleased to now extend the excellent collaboration that already exists in the non-fictional area with the Studio Hamburg Production Group to the fictional genre,” said ZDFE president and CEO Fred Burcksen. “Real Film is a great addition to our investment portfolio in fiction programs....
BUSINESS・8 DAYS AGO
Variety

FESTIVAL The 65th BFI London Film Festival, which concluded Oct. 17, attracted crowds for in-person events and virtually. The festival unspooled over 12 days across London venues, 10 partner cinema venues around the U.K. and online. There were more than 139,000 physical attendances at screenings and events and over 152,000 virtual attendances. The festival closed with the European premiere of “The Tragedy of Macbeth” at new festival venue, the Southbank Centre’s Royal Festival Hall with director Joel Coen and key cast, including Frances McDormand, in attendance. There was a sting in the tail, however, as two people who attended the closing film and...
MOVIES・3 DAYS AGO
WISH-TV

There’s currently 3 more days of the The Heartland Film Festival, and today Jessica chapman, marketing manager of Heartland Film, AJ Meijer, actor in “See You Next Christmas” and Seanne Winslow, director of “The Falconer,” joined us to discuss two of their upcoming screenings and the upcoming awards. Description: Annie...
MOVIES・13 DAYS AGO
kusi.com

SAN DIEGO (KUSI) – San Diego is celebrating its 20th International Film Festival. One film, Finding Fellowship focuses on the story of a community coming together during a time of division. KUSI’s Lauren Phinney spoke with Director and Co-Producer Jason Green to discuss the documentary.
SAN DIEGO, CA・9 DAYS AGO
thepostathens.com

Film buffs and casual viewers alike can find something fun to do through Oct. 24 with the Athens International Film and Video Festival, or AIFVF. The festival will feature a packed schedule of different genres of short films, ranging from animated to documentary-style. All showings of the short films throughout the week will be in-person.
ATHENS, OH・9 DAYS AGO
WINKNEWS.com

The Naples International Film Festival begins this week. The festivities begin on October 21 and runs through October 24. The opening and closing night ceremonies along with other events will be held at Silverspot Cinema or Norris Garden. The opening ceremony begins at 6 p.m. on the 21st and tickets...
NAPLES, FL・10 DAYS AGO
Athens News

The 47th and 48th Athens International Film + Video Festivals, both postponed due to COVID, are combined into one, 10-day festival. More than 500 films will be screened and several special events will also be held. Visit http://athensfilmfest.org/ for the screening and special event schedule as well as how to get tickets.
ATHENS, OH・8 DAYS AGO