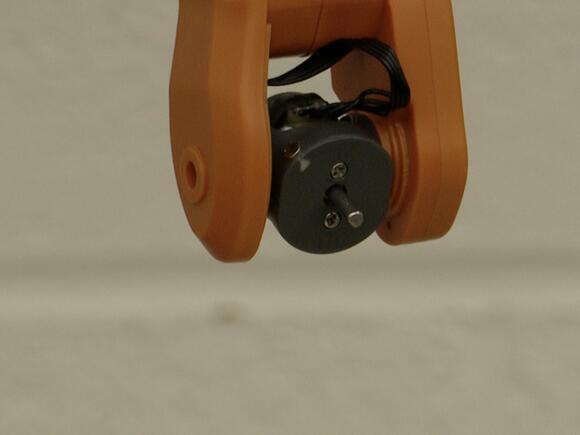 The idea of space mining is growing popular. Engineers at the University of Arizona are mapping out a plan to harvest the moon's resources. They’ll do so with a new excavation technique using autonomous robot swarms to mine lunar resources. The research team received a $500,000 two-year grant from NASA to advance space mining methods.

“This is a really super exciting grant that is letting us really work in this domain of excavation, site preparation, and resource mining,” said Jekan Thanga, an associate professor for aerospace and mechanical engineering.

Thanga developed a system called HEART to help with their research. It is an autonomous robotic system that will train robots to work together and improve over time.

“It is also a system that cooperates with humans. So the humans work together with the system to identify new scenarios, identify with unknown scenarios, and then work together to sort of figure out a suitable solution,” said Thanga.

A solution, for example, such as mining core from the moon.

“To break this rock it takes enough power to light a 100 watt light bulb for about an hour. So if we're going to do the same thing on the moon, we’re going to need more efficient processes,” said Moe Momayez, the interim department head of mining and geological engineering.

To mine and drill on the moon, Momayez developed a process that can drill through rock five times faster than any other method.

“So water being a scarce commodity on the moon, we may have to modify our technique to use very little water or no water at all,” said Momayez.

The team still considers humans a critical part of space exploration, but these robot swarms could free up astronauts to focus on other mission elements.

“We know that UA is at the forefront of space exploration. So this is a first for the mining department and the new school of mining and mineral resources. We’re really opening the doors to space mining,” said Momayez.

SpaceX is taming some toilet troubles in its Dragon capsules before launching four more astronauts.
8 HOURS AGO
Vice

Jeff Bezos has turned his wealth from Amazon into a play for space. He's already gone to the edge of space in one of his own Blue Origin rockets and broken the record for sending the oldest person ever into space, twice. Now, Blue Origin has announced plans to build a commercial space station called Orbital Reef.
AEROSPACE & DEFENSE・1 DAY AGO
KGUN 9 Tucson News

University of Arizona says it has a Valley Fever vaccine for dogs that could pave the way for a human vaccine.
ANIMALS・54 MINUTES AGO
Newsweek

The red-hot distant world could be studied further by the James Webb Space Telescope to reveal more about its atmosphere.
ASTRONOMY・1 DAY AGO

Jeff Bezos' Blue Origin on Monday announced it wants to launch a space station that will house up to 10 people in the second half of the decade, as the race to commercialize the cosmos heats up. "Orbital Reef," described in a press statement as a mixed-use business park in space that will support microgravity research and manufacturing, is a joint venture with commercial space company Sierra Space and has the support of Boeing and Arizona State University. "For over sixty years, NASA and other space agencies have developed orbital space flight and space habitation, setting us up for commercial business to take off in this decade," said Blue Origin executive Brent Sherwood. "We will expand access, lower the cost, and provide all the services and amenities needed to normalize space flight."
AEROSPACE & DEFENSE・1 DAY AGO
kitco.com

With the Artemis I mission spearheading deep space missions to the Moon again, there’s a lot to be excited about. Despite an initial target window of November, NASA delayed the mission and now has a new mission start month for the next Moon mission. NASA’s Space Launch System (SLS) rocket...
AEROSPACE & DEFENSE・2 DAYS AGO
USA TODAY

Want to hear what it sounds like on Mars? NASA's Perseverance rover gives you the chance.

During its historic mission on the red planet, NASA's Perseverance rover has sent to Earth the sounds of wind on Mars. Listen to them here.
2 DAYS AGO

NASA Needs to Invest in Nuclear-Powered Spacecraft to Stay Ahead in Future Space Exploration: Experts

According to experts at NASA, investing more in nuclear-powered spacecraft can help the US stay ahead of the competition with nations like China. At a recent government hearing, experts from US space agency NASA and the aerospace industry deliberated where the country stood when stacked against other nations developing new nuclear propulsion technology. They suggested the US needs to move quickly if it wants to keep up, Space.com reported.
AEROSPACE & DEFENSE・2 DAYS AGO
theregister.com

NASA has set a date for the test of the technologies it hopes will see it return to the Moon and explore Mars: February 2022. The agency on Saturday announced that its Orion spacecraft has been stacked atop the Space Launch System (SLS) rocket, and if all tests go well is expected to make an uncrewed test flight around the Moon.
AEROSPACE & DEFENSE・2 DAYS AGO
Design Taxi

Last month, NASA unveiled sneak images of its most powerful rocket ever built: the Space Launch System (SLS) Rocket. Recently, the agency fitted the Orion spacecraft on top of the SLS for the first time ever in preparation for the uncrewed Artemis I mission heading to the moon. At the...
AEROSPACE & DEFENSE・2 DAYS AGO
SpaceRef

The uncrewed Russian Progress 78 spacecraft undocked from the International Space Station's Poisk module at 7:42 p.m. EDT today and will arrive at the station's Nauka Multipurpose Laboratory Module for redocking tomorrow. Progress 78 will back out to a distance of 120 miles from the space station for a period...
AEROSPACE & DEFENSE・4 DAYS AGO
eturbonews.com

NASA has awarded $28 million to fund the next five years of research infrastructure development across 28 jurisdictions. The Established Program to Stimulate Competitive Research (EPSCoR), a part of NASA’s Office of Stem Engagement and based out of the agency’s Kennedy Space Center in Florida, supports science and technology research and development at colleges and universities while also funding studies in Earth science, aeronautics, and human and robotic deep space exploration – all of which are disciplines critical to the NASA mission.
AEROSPACE & DEFENSE・4 DAYS AGO
electrek.co

Lunar rovers are typically four-wheeled electric vehicles, but a new prototype shows how a two-wheeled electric motorcycle may have serious advantages on the moon. NASA is currently in search of the next lunar rover. German motorcycle design company Hookie thinks they might have it. And with half the wheels, it...
5 DAYS AGO
UNR NevadaNews

For Nevada Gold Mines Professor Pengbo Chu, mining is all about scale. From massive equipment that can literally move mountains to separation of elements using the tiniest air bubbles, he wants to know about it all. Chu started as an assistant professor in the Department of Mining and Metallurgical Engineering (MME) at the University of Nevada, Reno in 2020.
RENO, NV・5 DAYS AGO
earth.com

A quadrillion tons of diamonds are beneath Earth's surface

Today’s Video of the Day from the American Chemical Society describes how seismic waves were used to locate trillions of tons of diamonds deep below Earth’s surface. Scientists at MIT estimate that a quadrillion tons of diamonds are located about 100 miles deep in the Earth. This figure, which is one thousand times more than one trillion, is mind boggling.
EARTH SCIENCE・7 DAYS AGO
austincountynewsonline.com

NASA will hold a series of virtual media briefings and events leading up to the launch of the James Webb Space Telescope, the premier space science observatory of the next decade. Webb, an international partnership with the European and Canadian space agencies, is targeted for launch Dec. 18 from Europe’s Spaceport in French Guiana, on the northeastern coast of South America.
AEROSPACE & DEFENSE・6 DAYS AGO
Space.com

Senate directs NASA to choose another company to build a lunar lander: report

The United States Senate's largest committee wants NASA to choose a second company to build its new moon lander. In April of this year, NASA announced that SpaceX alone had won the contract to build the agency's next moon lander for its Artemis program, which aims to return humans to the moon's surface by 2024 and create a sustainable human presence on our nearby satellite. This came as a surprise as many expected the agency to choose two of the three companies vying for the contract to keep them competitive and to have a backup built.
CONGRESS & COURTS・7 DAYS AGO
TechCrunch

Senators on Monday released a draft version of the appropriation bill that governs NASA’s budget for fiscal year 2022, directing the agency to select two teams for the Human Landing System (HLS) program — but only giving the agency an additional $100 million to do so. The total funding for...
7 DAYS AGO