By David Buchanan
GoldDerby
24 days ago 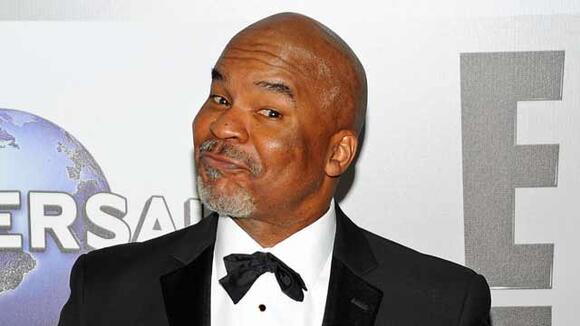 Almost 30 years after earning his first Tony Awards nomination for portraying Jackie Robinson in the musical “The First,” David Alan Grier may finally take home his first trophy. Nominated this year for his work in the Broadway debut of Charles Fuller ’s Pulitzer Prize-winning drama “ A Soldier’s Play ,” Grier currently leads our odds in the Featured Actor category.

Grier earned some of the best notices of his career for his role in the revival, which ran at the American Airlines Theater from January to March 2020. Set on a segregated military base in Louisiana in 1944, the play starred Grier as the vicious Sergeant Vernon C. Waters, whose murder gives the play its central mystery and plot. Helen Shaw ( Vulture ) wrote that Grier “machines each of his scenes to the inch, developing his portrait from a comic tinpot bellower into villainy and then, remarkably, something more tragic,” while Vinson Cunningham ( New Yorker ) said, “Grier makes [Waters’] malice terrifying, but also seductive.” The production earned seven Tony nominations, including Revival, Actor ( Blair Underwood ), and Director ( Kenny Leon ).

WATCH Tony Awards 2021 slugfest: Who has the edge in the incredibly competitive Play races?

Despite his prolific career on television, including roles on “In Living Color,” “Life with Bonnie,” and “The Carmichael Show,” Grier has often returned to the Broadway stage, including as a replacement in the original production of “Dreamgirls” in the role that earned Cleavant Derricks the Featured Actor Tony. He also starred as a replacement in the late-90s revival of Stephen Sondheim ’s “A Funny Thing Happened on the Way to the Forum” in the leading role that earned Nathan Lane his first Tony Award and was also played by Whoopi Goldberg .

He earned his second Tony nomination for his starring role in David Mamet ’s incendiary play “Race” in 2010, in which he played opposite James Spader as a lawyer debating how to represent a wealthy white man ( Richard Thomas ) accused of rape; the play was Kerry Washington ’s Broadway debut. On the heels of this successful return to the boards, Grier played Sporting Life in Diane Paulus ’ revival of “The Gershwin’s Porgy and Bess,” which starred Audra McDonald in a Tony-winning performance. Grier earned his third Tony nomination, and the production went on to win for Best Revival.

SEE ‘Slave Play’ predicted to win Best Play at the Tonys, but will it claim any acting awards?

It took eight years for Grier to return to Broadway in “A Soldier’s Play,” which was a fitting homecoming since Grier has worked on the piece in many of its iterations. He starred in the original 1981 Off-Broadway production opposite Adolph Caesar , Samuel L. Jackson , and Denzel Washington as a replacement in the role originated by Larry Riley . He would go on to appear in the 1984 film adaptation called “A Soldier’s Story,” which also featured Caesar and Washington. It was just announced that Grier will star in and executive produce a new limited series based on “A Soldier’s Play,” portraying the father of the character he played on Broadway.

If Grier wins the Tony on Sunday, he will be only the seventh Black actor to win in the Featured Actor category. Zakes Mokae was the first in 1982 for Athol Fugard ’s “Master Harold… and the Boys,” followed 10 years later by Laurence Fishburne in August Wilson ’s “Two Trains Running.” In 1994, Jeffrey Wright won for Tony Kushner ’s “Angels in America: Perestroika,” followed by Ruben Santiago-Hudson two years later for Wilson’s “Seven Guitars,” while a revival of Wilson’s “Joe Turner’s Come and Gone” brought Roger Robinson the award in 2009. Courtney B. Vance is the most recent African American winner in the category, winning in 2013 for Nora Ephron ’s “Lucky Guy.” Should Grier not take home the trophy, his fellow nominee Ato Blankson-Wood (“Slave Play”) could also join this estimable list.

PREDICT the 2021 Tony winners through September 26

In the race for costume design, it’s the sci-fi futurism of frontrunner “Dune” against a host of eclectic period pieces, including the upside-down fairy tale of Princess Di in “Spencer,” the spiritually-driven musical genius of Aretha Franklin in “Respect,” the subversive punk delights of “Cruella,” the journalistic nostalgia of “The French Outpost,” and the noir trappings of “The Tragedy of Macbeth.” Denis Villeneuve’s long-awaited adaptation of Frank Herbert’s “Dune” (Warner Bros.) embraces the psychological and mystical elements of this epic adventure about the dangerous mix of politics and religion. Thus, the look was more “modern-medieval” than traditional futuristic, with costume designers...
DESIGNERS & COLLECTIONS・1 DAY AGO
Variety

Oscar Isaac is one of the hottest actors working in Hollywood, showcased by his distinct and invigorating performances in films such as “The Card Counter” from Paul Schrader, “Dune” from Denis Villeneuve and “Scenes from a Marriage,” the limited series that just completed its run on HBO. Knowing firsthand about the hustle of making it in Hollywood, both as a Latino and wanting to “be seen” by his peers, he’s mindful of choosing projects and keeping his family first and foremost.
MOVIES・3 DAYS AGO