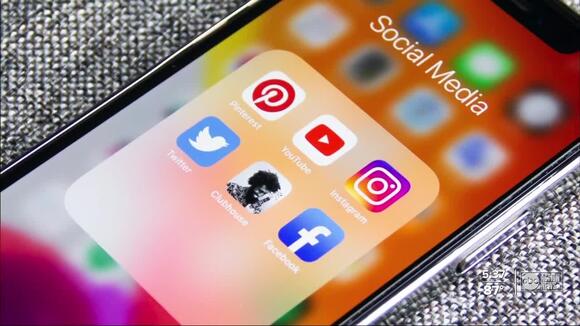 TAMPA, Fla. — If you search Gabby Petito on any social media platform, you’re going to find millions of posts.

When the 22-year-old went missing on a cross-country road trip with her fiance, who returned home to Florida with her van, Petito's family asked the world to share her picture to help find her.

People shared TikTok stories of possible interactions with the couple, screengrabs from Youtube possibly passing Petito’s white van, and even matching up her videos and photos looking for clues.

One Facebook group started for theories and discussions to find Petito grew 24,000 members from across the country within days.

So what role can social media play in finding missing people?

Crowdsourcing information online is not new, from the Boston Marathon bombing pictures and videos in 2013 to the most recent riot at the Capitol on January 6, where social media provided the FBI with more than 200,000 photos to help catch suspects.

But Gabby Petito is different.

“But this case has captivated the American audience for I think a couple of reasons: One, that cross country trip I think added to that, and you know their very public lives on social media certainly added to that. We also had that body-worn camera footage that added to that,” said Ráchael Powers, a criminology professor at the University of South Florida.

The couples road trip from North Port, Florida, through Colorado and Utah up to Wyoming, made a lot of people along the way feel close to the case.

With Petito originally being from New York, that also drew in more people from the Northeast.

Then, of course, there are hikers, travelers, and bloggers who felt close to Petito.

Many posted on social media that they were once in an abusive relationship, and the body camera footage after the couple had gotten into a physical argument was triggering for them.

On the other side of the shares to help the case, are those that have become upset that Petito got so much attention in the media when people of color go missing all the time too and are never found. The claim is that she went viral because of her blonde hair and blue eyes.

Sarah Stein, a national cold case consultant, studied this "missing white woman syndrome" in her doctorate and said it's not the reason she went viral.

“People have been discussing missing white woman syndrome and how it contributes to Gabby's story and her appeal to the public,” Stein said. “I think it's too simplistic of an explanation. And there are so many different factors that compelled people to help Gabby and one of them being she wanted to be an influencer, she put her life out there for people to see.”

But, social media is not always a good thing. It can also hinder an investigation.

A spokesperson for the Hillsborough County Sheriff’s Office (HCSO) said in an email, “Social media can certainly be a good tool to create awareness about a missing subject. However, it can also be a breeding ground for false information.”

Powers adds, “People on social media are brilliant and they're coming at it from outside the box perspective with creativity but they're also not coming at it with an investigation background.”

According to the FBI’s National Crime Information Center, nearly 550,000 missing persons were filed in 2020 and 89,637 were still active by the end of the year.

One missing person on the Pinellas County Sheriff’s Office page is a young woman who went missing from Indian Rocks Beach in 2011.

“Kelly Rothwell has been missing since March 12, 2011. Rothwell was last known to be alive as she was seen by a friend driving away from the Chili’s Restaurant in Clearwater, Florida at approximately 3:38 pm. Rothwell had lunch with a female friend and advised she was driving home to end a relationship with David Robert Perry, W/M, 04/08/64. Rothwell had plans to meet up with friends later that evening but never showed. Rothwell’s vehicle was found parked at 2nd St and 4th Ave in Indian Rocks Beach. Rothwell has not had contact with anyone since that date. David Perry left for New York that same night and has refused to cooperate with law enforcement.”

We asked Powers if she thought Rothwell may have been found if we had the same social media presence we have now, then.

“That’s a good question. Potentially,” she answered. “The younger generation certainly has a big digital footprint where their lives are online, they're documented they're leaving a paper trail for anyone basically to see and I think that, in some respects, can work to law enforcement benefit.”

“The period of time where there have been cold cases since the start of the internet, hopefully, people will go back and try and find those missing pieces that would be phenomenal,” Stein added.

Petito had a dream to be a social media influencer, her legacy may be just that.

If you want to help find others who are missing, HCSO advises:

The FBI has an online page dedicated to people reported missing and/or kidnapped. You can find it here.

The FBI has confirmed skeletal remains found on Wednesday at the Carlton Memorial Reserve and Myakkahatchee Creek Environmental Park are those of Brian Laundrie. The FBI confirmed Laundrie’s remains through dental records.
TAMPA, FL・1 DAY AGO
ABC Action News WFTS

CCR works to improve protection for victims of domestic violence

While preventing domestic violence is always the goal, it isn’t always realistic, which is why community partnerships to help perfect the response to these situations is all the more important.
HILLSBOROUGH COUNTY, FL・15 HOURS AGO

“I think that anytime you can give back to the community you have a deep feeling of satisfaction and connection to those you serve and those you serve with,” said Rebekah Jarvis
CHARITIES・9 HOURS AGO
ABC Action News WFTS

The Manatee County Sheriff's Office is asking for citizens to be on the lookout for a 24-year-old woman reported missing and endangered in Bradenton.
BRADENTON, FL・1 DAY AGO
ABC Action News WFTS

Domestic violence is not always adult on adult violence, it sometimes involves children. When that happens, innocent children can be taken from their home environment and placed in the foster care system. That is where Guardian Ad Litem volunteers come into the picture.
HILLSBOROUGH COUNTY, FL・1 DAY AGO
ABC Action News WFTS

A new law in Florida is taking aim at telemarketers who call or text consumers who didn’t give written permission. Taking Action Reporter Jackie Callaway found a class-action lawsuit filed in Pinellas County will put this new rule to the test.
FLORIDA STATE・3 DAYS AGO

St. Petersburg Mayoral Candidates Ken Welch and Robert Blackmon have joined local police and community advocates in calling for an end to violence in the city. This comes as the city hits the highest number of homicides in the last decade.
SAINT PETERSBURG, FL・3 DAYS AGO
ABC Action News WFTS

A Polk Deputy is in the hospital after a two-vehicle crash in Auburndale.
AUBURNDALE, FL・5 HOURS AGO
ABC Action News WFTS

After a mother is allegedly murdered by her own husband, two women step up to help the domestic violence victim's family get the justice they deserve.
PUBLIC SAFETY・1 DAY AGO
ABC Action News WFTS

For the last five years, a local man has been volunteering at CASA Pinellas and taking on the role of being everyone's grandpa.
PINELLAS COUNTY, FL・1 DAY AGO

October is national bullying prevention month. It's an issue that the CDC says is currently impacting one in every five kids, including a local girl who is now speaking about her experience.
PUBLIC SAFETY・1 DAY AGO
ABC Action News WFTS

The clubhouse would serve as a safe haven for up to 100 members each year who have a mental illness and/or co-occurring substance abuse disorders. It would provide them with help finding jobs and housing, better education and a safe place to socialize and recover.
HILLSBOROUGH COUNTY, FL・2 DAYS AGO
ABC Action News WFTS

As Manatee County grows so does the amount of people who need help, and now the county needs help answering those calls.
MANATEE COUNTY, FL・3 DAYS AGO
ABC Action News WFTS

A man was shot and killed by officers after they said he pointed a military-style rifle at them in Tarpon Springs Saturday night.
TARPON SPRINGS, FL・5 DAYS AGO
ABC Action News WFTS

A house fire in Sulphur Springs was started by a child, according to the fire investigator.
TAMPA, FL・6 DAYS AGO