By J. Clara Chan
The Hollywood Reporter
29 days ago 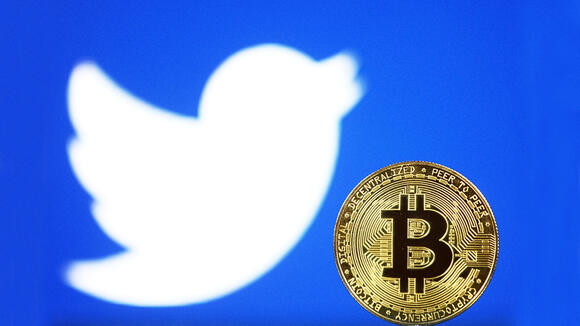 Twitter is rolling out its tipping feature to all users 18 and older beginning Thursday and has added Bitcoin as another accepted form of payment.

The social media platform began testing its Tips feature earlier this year with a select group of users, and payments could be processed via Bandcamp, Cash App, Chipper, Patreon, Razorpay, Wealthsimple, Venmo or GoFundMe, depending on the user’s choice. With Thursday’s updates, U.S. users will also get to use Strike, a payment app built on the Bitcoin Lightning Network that lets users send and receive Bitcoin.

The addition of Bitcoin on Twitter is a major move into cryptocurrency for the social platform, though perhaps not a surprising one as Twitter CEO Jack Dorsey is a vocal proponent of crypto. Last year, Square — the payment company also led by Dorsey — purchased the equivalent of $50 million in Bitcoin and is building a business dedicated to decentralized finance using Bitcoin.

Tipping will be available first to all iOS users, with Android expected to follow in the coming weeks. Twitter has not shared a timeline for when tips will be available to users accessing the social platform on the web.

Nine months after being expelled from social media for his role in inciting the Jan. 6 Capitol insurrection, former President Donald Trump said Wednesday he’s launching a new media company with its own social media platform. Trump says his goal in launching the Trump Media & Technology Group and its “Truth Social” app is to create a rival to the Big Tech companies that have shut him out and denied him the megaphone that was paramount to his national rise. “We live in a world where the Taliban has a huge presence on Twitter, yet your favorite American President has been silenced,”...
POTUS・1 DAY AGO
The Hollywood Reporter

Verizon lost 68,000 net pay TV subscribers for its FiOS consumer video service in the third quarter, compared with a loss of 62,000 in the second quarter and 61,000 in the year-ago period, the telecom giant said on Wednesday. The company has in the past often cited “the ongoing shift from traditional linear video to over-the-top offerings” as a key driver of video subscriber declines. Verizon, led by CEO Hans Vestberg, gained 98,000 consumer broadband internet subscribers, compared with 139,000 in the year-ago period that was boosted by the coronavirus pandemic. The telecom giant has been shifting its video focus away from FiOS...
MARKETS・2 DAYS AGO
The Hollywood Reporter

Cardano, Polkadot and Four Additional Altcoins Are Set To Explode in 2022, According to Crypto Trader Austin Arnold

Crypto trader and Altcoin Daily host Austin Arnold thinks six major altcoins are gearing up for massive rallies in the next year. In a recent crypto update, the YouTube star tells his 1,040,000 subscribers that Ethereum layer-2 (L2) scaling solution Polygon (MATIC) is gaining momentum after landing a partnership with the $20 billion gambling company DraftKings.
MARKETS・1 DAY AGO

Facebook Is Reportedly Going to Change Its Corporate Name

What will Facebook’s new name be? The social giant, amid one of the worst PR crises in its 17-year history, is expected to announce a new name before the end of the month, according to a report by tech-news site The Verge, citing an anonymous source. Facebook’s new name is supposed to reflect CEO Mark Zuckerberg’s positioning of the company as moving beyond social media — into a developer of virtual “metaverse” experiences, per The Verge. Zuckerberg plans to talk about the new name at the Facebook Connect conference on Oct. 28, but the new corporate name could be announced before then, according...
INTERNET・2 DAYS AGO
Business Insider

The only way to fix Facebook is to purge the company of its original sin: the algorithm that gets users addicted

Amid a string of accusations and controversies following the publication of a whistleblower’s report, Mark Zuckerberg is attempting to rebrand Facebook with a new name but some of his tech contemporaries aren’t buying it. Earlier this week, Zuckerberg announced that, as part of a new initiative, they would “effectively transition...
BUSINESS・1 DAY AGO

Twitter announced this week it is testing out a new feature that will warn users if it determines a conversation might become "intense." "Ever want to know the vibe of a conversation before you join in?" Twitter Support tweeted on Wednesday. "We’re testing prompts on Android and iOS that give you a heads up if the convo you’re about to enter could get heated or intense. This is a work in progress as we learn how to better support healthy conversation."
INTERNET・14 DAYS AGO
Computerworld

Google added new app integrations and security capabilities to its Workspace productivity suite on Tuesday ahead of its Cloud Next virtual event. The Workspace Marketplace now has 5,300 third-party apps that users can integrate with the various Workspace tools, Google said. Among the newest is an integration between two of its collaboration tools, Chat and the recently rebranded Spaces (formerly Chat Rooms), and Jira, Atlassian’s popular work management app for software developers.
SOFTWARE・10 DAYS AGO
abc27 News

Twitter announced Monday that all users will have a new level of control when it comes to managing their followers.
INTERNET・10 DAYS AGO

Twitter has fully launched a new feature on its web version that lets users remove a follower without blocking them. The option prevents a chosen user from seeing any of a person's future posts. To remove a follower, users can go to their profile and click 'Followers,' then click the...
INTERNET・10 DAYS AGO
crowdfundinsider.com

Payments Fintech Wirex has launched its crypto platform in Vietnam, according to a company statement. Simultaneously, Wirex reports that it has increased the range of its services in 81 other countries. Wirex enables both traditional and digital services for approximately 4 million users. Customers may buy, hold, exchange, and sell...
WORLD・14 DAYS AGO
Cheddar News

Twitter has introduced a soft block feature to its platform. You can now remove a follower without them knowing, preventing them from seeing your tweets on their timeline. However, that former follower will still be able to see your tweets by clicking on your profile and can send direct messages.
INTERNET・10 DAYS AGO
FXStreet.com

Twitter begins rolling out its Spaces tab on iPhones

Twitter is tweaking its algorithm and adding new features as it works to bolster its performance advertising business. Performance advertising is Twitter’s solution to continued growth. With an emphasis on rapid and quantifiable sales generation, the company hopes performance ads will help it double its revenue by 2023. In order to prove its value to companies looking to sell via its platform, the company needs its algorithm to properly target potential buyers.
INTERNET・9 DAYS AGO
cryptopolitan.com

More companies, countries and capital firms are embracing bitcoin than ever before. Notably, Jack Dorsey recently announced that Twitter would allow for users to tip other content writers on Twitter using bitcoin. This is welcome news because it shows another use case for bitcoin as a currency and pushes the world closer to “hyperbitcoinization.” However, while it is nice that Twitter is facilitating bitcoin donations through their platform, this isn’t adequate. In keeping with the ethos of Bitcoin, Twitter and other social media platforms should embrace paying all of their users a bitcoin dividend for using the site.
MARKETS・10 DAYS AGO