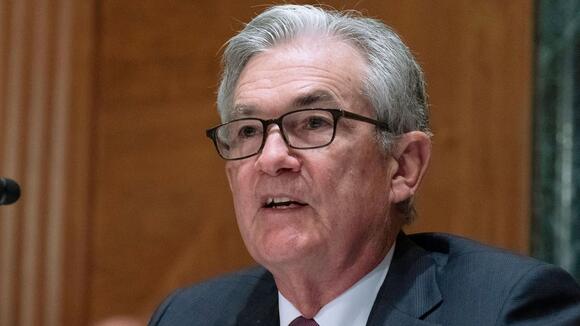 In a statement released yesterday afternoon, the Federal Reserve Board outlined its expectations for the remainder of the year and touched on current market concerns.

It stated that as vaccine rates have increased and policy has supported the recovery, “indicators of economic activity and employment have continued to strengthen.”  The hardest-hit sectors during the pandemic, like the leisure and hospitality industry, have improved in recent months despite a spike in COVID-19 cases fueled by the Delta variant which has slowed their recovery fully.

The Fed acknowledged that inflation is elevated, but interestingly, maintained the position that it is “largely reflecting transitory factors.”

At the end of a two-day policy meeting Wednesday, members of the committee said they predicted an annual inflation rate of 4.2% by the end of the year. This is an adjusted figure up from the 3.4% they predicted in June. Nonetheless, they estimate inflation will fall to around 2.2% next year.

Fed Chair Jerome Powell maintains that inflation is still lingering because of supply-chain issues that have lasted longer than expected.

In a press conference, he stated, “As the reopening continues, bottlenecks, hiring difficulties, and other constraints could again prove to be greater and longer-lasting than anticipated, posing upside risks to inflation.”

He added that while these supply issues are prominent and driving inflation for now, “they will abate … and as they do, inflation is expected to drop back toward our longer-run goal.”

Powell referenced the automotive industry, whose unprecedented shortage of semiconductor chips is enduring even after months of holding up production and hiking prices for all types of vehicles throughout global markets.

See: Here’s How Much You Need To Earn To Be ‘Rich’ in Every State
Find: Here’s Exactly How Much Savings You Need To Retire In Your State

That goal includes a steady rate of inflation and full employment. These conditions have long been the parameters set forth by the Fed to finally lift interest rates.

Powell added that no definitive decisions were made regarding the liftoff during the Fed’s most recent meeting, but that “so long as the recovery remains on track, a gradual appearing around the middle of next year is likely to be appropriate,” signaling that around June 2022 we could see the first rate hike .

Fourth Stimulus Won’t Happen, But These Federal Programs Aid Those In Financial Need

Unless you live in California, which is currently in the midst of offering statewide stimulus checks to those in need, it's very unlikely you'll be receiving any additional Federal assistance any time...
U.S. POLITICS・1 DAY AGO
GOBankingRates

Beanie Babies were a hit in the 1990s, and collectors now pay huge sums, especially if they’re in mint condition. Here’s a look at the top 10 most expensive.
SHOPPING・1 DAY AGO
IBTimes

Inflation in the United States, pushed upward by pandemic-related supply and labor problems, should return to more moderate levels in the second half of next year, Treasury Secretary Janet Yellen said Sunday. With supply-chain woes slowing deliveries of a range of parts, including the semiconductors needed by automakers, and amid...
BUSINESS・21 HOURS AGO

President Joe Biden, Federal Reserve Chairman Jerome Powell and Treasury Secretary Janet Yellen have told the public not to worry over the recent inflation, which they insist is “transitory.” They link the problem to supply-chain constraints that they suggest will soon lift. Supply problems have certainly contributed, but early relief seems unlikely.
BUSINESS・12 HOURS AGO
MarketWatch

Government policies are stoking demand and strangling supply. So why is the Fed surprised by the inevitable inflation?

Traders are pricing in a more aggressive start to the Fed's approaching campaign of interest-rate increases and, in some cases, an early end to it too.
LOS ANGELES, CA・2 DAYS AGO
AFP

Fed's Powell says 'premature' to up rates despite inflation risk

Despite a risk that high inflation in the United States could persist, it would be "premature" to raise borrowing rates and risk slowing the economic recovery, Federal Reserve Chair Jerome Powell said Friday. The US central bank chief acknowledged that supply constraints and shortages that have caused prices to rise sharply are "likely to last longer than previously expected, likely well into next year." But at the Fed "we need to be patient," Powell said during a panel discussion organized by South Africa's central bank. The Fed is "on track" to begin to pull back on its massive monthly bond purchases, which would be completed by mid-2022, he said.
BUSINESS・2 DAYS AGO

Powell says inflation risks rising, but Fed can be 'patient'

Federal Reserve Chair Jerome Powell said Friday that the tangled supply chains and shortages that have bedeviled the U.S. economy since this summer have gotten worse and will likely keep inflation elevated well into next year. The Fed is not yet prepared to lift its benchmark interest rate, he said, though he suggested that the economy may be ready for a rate hike next year. There is now greater risk of "longer and more persistent bottlenecks and thus to higher inflation,” Powell said at a virtual conference hosted by the South African Reserve Bank.Powell, echoing many economists, has previously...
BUSINESS・2 DAYS AGO
PBS NewsHour

WASHINGTON (AP) — The Federal Reserve is imposing a broad new set of restrictions on the investments its officials can own, a response to questionable recent trades that forced two top Fed officials to resign. The Fed announced Thursday that its policymakers and senior staff would be barred from investing...
U.S. POLITICS・3 DAYS AGO
MarketWatch

Gauge of future inflation expectations soars to 2.77% as of Wednesday, based on data from the Federal Reserve Bank of St. Louis.
BUSINESS・3 DAYS AGO
actionforex.com

Fed Chair Jerome Powell said Fed is “on track” to start tapering the asset purchases. “Supply constraints and elevated inflation are likely to last longer than previously expected and well into next year, and the same is true for pressure on wages,” he added. “Of we were to see a risk of inflation moving persistently higher, we would certainly use our tools.”
BUSINESS・2 DAYS AGO

(Kitco News) - As a gold investor, if you were expecting an easy end to what has been another relatively quiet week, you were unfortunately mistaken. The day started with plenty of optimism in the precious metal market, with gold and silver prices soaring higher. Gold managed to push to a six-week high above $1,800 an ounce.
BUSINESS・2 DAYS AGO
iHeartRadio

The new rules come following revelations that several top policymakers were buying and selling stocks during the coronavirus pandemic.
STOCKS・3 DAYS AGO
Reuters

A look at the day ahead from Tommy Wilkes. Expectations for price rises are growing sharply. The latest milestone on Friday was in the euro zone where German price expectations climbed to 8-1/2 year highs as concerns grow that the European Central Bank will keep monetary policy on a dovish setting.
BUSINESS・3 DAYS AGO
FXStreet.com

Fed’s Williams: Longer-run inflation expectations are in line with the central bank’s 2% goal

New York Federal Reserve (Fed) President John Williams said on Friday, longer-run inflation expectations are in line with the central bank’s 2% goal. If inflation expectations get anchored at too low a level that will then bring down actual inflation over time. There is a great deal of uncertainty about...
BUSINESS・3 DAYS AGO
Financial Times

The Fed is still conflicted

This article is an on-site version of our Unhedged newsletter. Sign up here to get the newsletter sent straight to your inbox every weekday. Welcome back. Today’s letter consists of a draconian (but I think correct) suggestion about monetary policy, followed by a little light bitcoin scepticism. Food for thought, I hope, for a sunny autumn weekend. Email me: robert.armstrong@ft.com.
ECONOMY・3 DAYS AGO
CNN

Atlanta Federal Reserve President Raphael Bostic said on Thursday that they are not seeing changes in the longer-run inflation expectations but added that they will be monitoring the situation, as reported by Reuters. "There is a commitment across the system to promote diversity in the Fed leadership positions." "Inflation is...
BUSINESS・10 DAYS AGO
NBC Chicago