By Vicky Shaw
The Independent
29 days ago 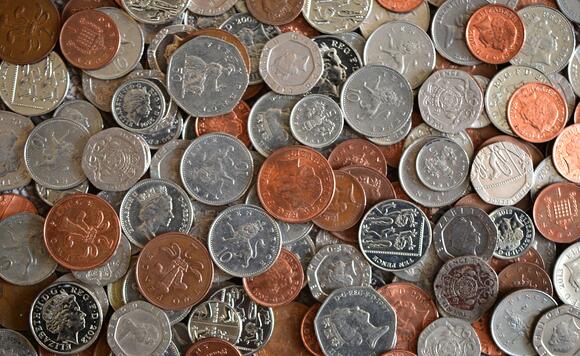 The hardships some households are facing due to the collection of historic tax credit overpayments must be reduced, a charity has said.

StepChange Debt Charity said some people are unable to pay for essentials.

Tax credit overpayments are among the debts collected through deductions from Universal Credit following a previous agreement between HM Revenue and Customs (HMRC) and the Department for Work and Pensions (DWP).

According to StepChange’s survey data, 98% of clients experiencing such deductions struggle to cope, and 59% borrow to cover the shortfall.

Nearly nine in 10 (89%) clients surveyed had a payment taken which they could not afford.

One client told StepChange: “They are taking £100 per month, leaving me needing the food bank and struggling with utilities.

“I am a single mum and have lost my part-time job. Financially I don’t have enough. We depend on the Universal Credit which is not enough for feeding my children as I can’t afford the electric and gas bill.”

Some people are finding up to a quarter of their allowance is taken without a check to see if this is affordable, for previous overpayments they were often unaware they had received, StepChange said.

It added that a recurring issue from its findings is a lack of clear communication, with around two-thirds claiming they did not know collections were going to start before money was taken from their Universal Credit claim.

Processes to proactively identify vulnerability also appear to be lacking, the charity said and even those clients who made efforts to disclose their situation were frequently not treated appropriately.

It added that this lags behind standards in other regulated sectors, with the Financial Conduct Authority, Ofgem and Ofwat all having launched comprehensive vulnerability strategies in recent years.

StepChange said it is urging the DWP to improve practices and reduce the hardship caused by the collection of tax credit debt.

Tax credit debts that are over six years old should be written off and debts that will take more than 10 years to repay should be reduced to affordable levels, it said.

Almost every respondent to our survey told us that deductions from their benefit payments had been unaffordable, which should act as a wake-up call

Peter Tutton, head of policy at StepChange, said: “The lack of focus on the consequences of benefit deductions, which the Department for Work and Pensions uses to collect tax credit overpayments, is causing real harm.

“Almost every respondent to our survey told us that deductions from their benefit payments had been unaffordable, which should act as a wake-up call.

“An essential first step is that the DWP needs to ensure no one is pushed into hardship by unaffordable repayments.

“The maximum deduction should be reduced to 5% with flexibility for lower affordable payments and debt reduction so that no one is pushed into hardship of making repayments for decades.

“A limitation period should be applied as it is in regulated financial services writing off historic tax credit as HMRC has done in the past.

“These legacy debts often come as a shock to people who are unclear as to how they have ended up owing the Government money. Communication must be improved so that people are properly informed, with better identification of vulnerabilities, and better tailoring of support.”

He also called for a wholesale review of the way Government collects debt.

A Government spokesperson said: “We carefully balance our duty to the taxpayer to recover overpayments with our support for claimants. Safeguards are in place to ensure deductions are manageable, and in April we further reduced the cap on deductions from Universal Credit awards.

“Customers should receive multiple notifications about their overpayment. They can contact DWP if they are experiencing financial hardship in order to discuss a reduction in their rate of repayment, or a temporary suspension, depending on financial circumstances.”

Rachel Cruze is a personal finance expert and the author of "Know Yourself, Know Your Money." She is also the host of "The Rachel Cruze Show," where she shares practical tips to save more money, get...
PERSONAL FINANCE・10 HOURS AGO
FingerLakes1.com

Those who want to opt out of the November child tax credit advance payment have until November 1, 2021 at 11:59 p.m. That’s when the opt out deadline for the child tax credit hits. While most families have grown accustomed to the process – the IRS is reminding parents and...
INCOME TAX・7 HOURS AGO
The Motley Fool

Will Americans be in line for a fourth stimulus check? Not if unemployment numbers keep improving. Though many families are enjoying the monthly payments stemming from the expanded Child Tax Credit -- the most recent of which went out on Oct. 15 -- those installments will soon come to an end. And those who aren't parents of course aren't eligible for the boosted credit. As such, many Americans are still holding out hope for a fourth stimulus check.
BUSINESS・19 HOURS AGO
Business Insider

Understanding the way compound interest (interest paid on both principal and interest) works is key to building wealth or avoiding crushing debt.
PERSONAL FINANCE・11 HOURS AGO

It was recently determined that COVID-19 emergency financial assistance from a federal, state or local government source will not affect your Social Security benefits.  In addition, it was clarified...
INCOME TAX・1 DAY AGO
SmartAsset

Capital gains tax generally applies when you sell an investment or asset for more than what you paid for it. In other words, any profits resulting from the sale are considered taxable in the eyes of the Internal Revenue Service. … Continue reading → The post Short-Term Capital Gains Tax Rate for 2021 appeared first on SmartAsset Blog.
PERSONAL FINANCE・1 DAY AGO
Brookings Institution

Navigating the debt legacy of the pandemic

COVID-19 has left a legacy of record-high debt and shifted the trade-offs between benefits and costs of accumulating government debt. How do these trade-offs manifest themselves? And how does the current debt boom compare with previous episodes? We argue that the debt legacy of the pandemic is exceptional by historical standards in a way that warrants prompt policy action.
PUBLIC HEALTH・2 DAYS AGO
wkzo.com

PARIS (Reuters) – The costs of repaying debt raised to help households and businesses through the COVID-19 crisis will be dwarfed by those from long-term trends like funding pensions and health services as societies age, the OECD said in a report on Tuesday. Examining the economic outlook out to 2060,...
PUBLIC HEALTH・3 DAYS AGO

Do these three things to get $4,194 in maximum social security payments every month

The average social security recipient gets around $1,565 per month, and will soon get an additional $92. The current maximum amount received in $3,895. Once the 5.9% COLA increase goes into effect, the maximum amount with break the $4,000 mark and be $4,194 per month. While it isn’t a guarantee...
PERSONAL FINANCE・1 DAY AGO
GOBankingRates

Should You Be Putting More Money Into a 401(k) or Toward Student Loan Debt?

Life is all about making choices, and that's especially true when it comes to making a monthly budget, no matter what your age. Weigh In: Should We Forgive Student Debt? Take Our Poll Read: What To...
PERSONAL FINANCE・10 HOURS AGO
GOBankingRates

Among cuts to President Joe Biden's "Build Back Better" reconciliation plan is the enhanced monthly child tax credit. Right now, it looks like the CTC will only be extended for another year, instead...
CONGRESS & COURTS・13 HOURS AGO
iHeartRadio

Fourth Stimulus Check, Worth $1,400, Could Happen, But Only For One Group

There is a chance another stimulus check could go out, but the recipient list would be more limited than the others.
BUSINESS・2 DAYS AGO
GOBankingRates

5 Signs You’re Saving Too Much

For many people, saving too little is the problem. However, for others, it's the exact opposite because they are saving too much. Too much of anything can be dangerous, including stashing excess cash...
BUSINESS・1 DAY AGO
AccountingWEB

How to Claim Tax Deductions After a Disaster

If you're just joining us, I recommend reviewing part one of the series on tax breaks for disaster victims for introductory comments on the deductions available to Hester, a disaster survivor. To qualify, she must satisfy two stipulations. First, she suffers losses that are “sudden, unexpected or unusual” natural disasters,...
INCOME TAX・1 DAY AGO
The Independent

Bank tax surcharge ‘set to be slashed in Budget’

Chancellor Rishi Sunak is reportedly planning to more than halve the tax surcharge on bank profits in next week’s Budget to help boost London’s competitiveness as a global financial centre.Mr Sunak will announce a cut to the surcharge from 8% to 3% from April 2023 in his October 27 Budget, according to the Financial Times.It comes ahead of a hike in corporation tax from 19% to 25% in 2023, which Mr Sunak had cautioned risks making “the taxation of banks uncompetitive”.Banks currently pay 27% tax on profits, of which 19% is corporation tax and 8% the bank surcharge.They would see...
WORLD・2 DAYS AGO
itechpost.com

Many eligible Americans are working on getting their fourth stimulus check redeemed or approved. This includes the $1,400 petition for Social Security recipients and the $500 to $1,100 Golden State Stimulus checks for Californians. According to an earlier report, studies proved that Americans need a fourth stimulus check. Many continue...
POLITICS・2 DAYS AGO
The Motley Fool